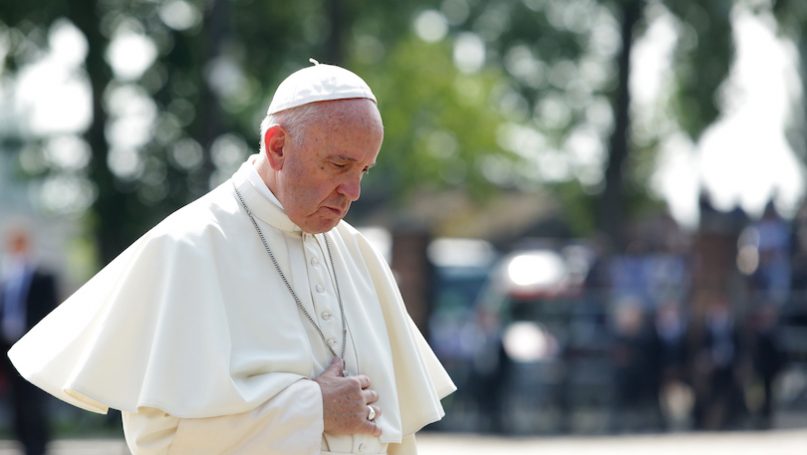 Pope Francis made his first pastoral visit to Canada from 24 to 29 July 2022. It was generally believed that the visit was long overdue because of the history of the residential school system and its attendant intergenerational trauma on the Indigenous peoples of Canada. The system was largely run by several churches operating under sponsorship from the Canadian state. The Pope’s itinerary while in Canada included stops at  Edmonton, Quebec City, and Iqaluit, the capital of Nunavut where he met members of the First Nations, Cree, Métis communities, civil society organizations, the diplomatic corps, and politicians. The aim of the visit was to acknowledge the role of the Catholic Church in sustaining a system of forced assimilation and cultural violence through the schools, the last of which was shut down in 1996 in Saskatchewan.

Residential schools were a system of boarding education for Indigenous children and existed from the 17th century to the mid 1990s. An estimated 150,000 First Nation, Inuit, and Métis children attended the schools. The system rid the children of their cultural identities, practices, and languages against their own will. Survivors of the schools have described mistreatment and abuse; criticized the education they received; and documented psychological damage, unsanitary conditions and malnutrition. Uncontrolled or ignored outbreaks of tuberculosis, influenza and other diseases also caused the death of at least 6000 children according to Truth and Reconciliation Commission Chair, Justice Murray Sinclair. The trauma and abuse from this system are pervasive despite efforts by the Canadian government to compensate survivors and enact processes of transitional justice, culminating with the 94 Calls to Action of the Truth and Reconciliation Commission (TRC).

In May 2021 the Tk’emlúps te Secwépemc First Nation discovered the bodies of 215 Indigenous children in the grounds of a former residential school in British Colombia. This was no surprise considering the TRC of Canada had already confirmed 3200 deaths of Indigenous children in residential schools around Canada and concluded that the total death toll was likely higher with “several thousands children […] buried in unmarked and unattended graves”. Given the currency and impacts of this discovery on a population that faces daily reminders of the ongoing legacy of settler colonialism in Canada, many expected the Pope’s first stopover in Canada to be in British Colombia or even Manitoba which harbor a large population of Indigenous people in Canada. The absence of British Columbia on the Pope’s itinerary raised questions about the authenticity and the political undertones of the Pope’s visit.

Apology is a step on the pathway of reconciliation, especially for an institution that has been under the moral spotlight for decades. Pertaining to the role that individuals within the Catholic Church played in the residential schools in Canada, the Pope apologized as follows:

I have been waiting to come here and be with you. Here, from this place associated with painful memories…. Today I am here, in this land that, along with its ancient memories, preserves the scars of still open wounds. I am here because the first step of my penitential pilgrimage among you is that of again asking forgiveness, of telling you once more that I am deeply sorry. Sorry for the ways in which, regrettably, many Christians supported the colonizing mentality of the powers that oppressed the Indigenous Peoples. I am sorry. I ask forgiveness, in particular, for the ways in which many members of the church and of religious communities co-operated, not least through their indifference, in projects of cultural destruction and forced assimilation promoted by the governments of that time, which culminated in the system of residential schools.

The Pope also acknowledged the role of the delegation of Indigenous activists who visited him in the Vatican four months before his visit and offered him the opportunity to come to Canada; a step none of his predecessors had taken. This begs the question of why the Pope waited for survivors to convince him into the apology – considering that the TRC report, the United Nations and Indigenous leaders themselves had long ago reported on the harm caused. It might be that there was simply no willingness to acknowledge the harm caused by the Church, then or now. Indeed, by situating the violence of residential schools in the past and divorcing it from the present, one is simultaneously denying the long-lasting consequences of trauma on survivors and their offspring and seeking to absolve oneself from any present-day responsibilities. Such a framing of historical dynamics that do not and cannot simply vanish, consequently negates the present-day lived realities of Indigenous people who still experience the violent mark of the Church, namely as evidenced in the still enforced Indian Act.

Framing socio-historical events as reified and separated from contemporary realities is not new for the Church. Indeed, Pope Francis’ apology wasn’t the first time the papacy would apologize for “past” wrongdoings committed in the name of the Church. Pope John Paul II was known to have publicly apologized for offences that included: “Religious intolerance and injustice toward Jews, women, indigenous peoples, immigrants, the poor and the unborn.” Pope Benedict XVI had also expressed “profound shame” and pain in February 2022 to the victims of abuse by the Catholic clergy that occurred in various places across his career as the Pope (2005–2013). But after a church-commissioned German report accused him of mishandling four cases during his time as Archbishop of Munich between 1977 and 1982, the former Pope didn’t take personal responsibility: “However great my fault may be today, the Lord forgives me”, was the Pope’s response to the abuses. Such an answer is quite revealing, for it illustrates that there is no harm too great for which forgiveness cannot be swiftly and unconditionally granted to Church members.

Indigenous peoples of Canada might wonder what harm they caused in the first place and why it took decades to see the Pope ask for some forgiveness. In keeping with framing settler colonial violence toward Indigenous people as belonging to the past and separate from contemporary realities, re-presenting a coordinated institutional endeavour that ran for decades as the actions of a few individuals also appears to be a means to absolve oneself from complicity and thus responsibility. Adopting an institutional rather than an individual perspective allows one to question the role played by the Church – that is, the set of ideals, power relations and accepted practices advocated by members of the Church in the name of (western) Christianity – not only in residential schools but also in settler colonialism in Canada and in colonial endeavours globally.

It is not a coincidence that Indigenous activists and the TRC have asked to rescind the Doctrine of Discovery, first emitted through Papal Bulls in the 1400s, that gave permission to European colonizers to claim any land they “discovered” and that was not inhabited by Christians. If the Church was to question and challenge such a doctrine, a significant change of perspective on how history is commonly taught would take place. It would also formally acknowledge the complicity of the Church in facilitating colonial European hegemony. That admission is a non-negotiable premise to work toward reconciliation or even basic conciliation between Indigenous peoples and non-Indigenous people, particularly those operating on behalf of the Church.

Despite repeated calls for more than an apology, and subsequent missed opportunities to challenge the rationale of settler colonialism and the Church’s role in it, Pope Francis seems to represent what Pope John XXIII said when he opened the Second Vatican Council: “It is time to open the windows and let in the fresh air”. Nonetheless, the Pope’s apology has received mixed reactions and has been framed by many Indigenous leaders and activists as only a first step. Regardless of one’s assessment of the Pope’s show of remorse, it might be worth examining to what extent this apology on Canadian soil might have laid out a path forward for reconciliation and whether this gesture can absolve the Church of its wrongdoings? What remains certain is that as long as a problem remains ill-defined and only partially acknowledged, a meaningful satisfying reconciliation will not be reached.

With its contradictions from not visiting sites where unmarked graves were identified or ignoring calls to rescind the Doctrine of Discovery, the Pope’s apology as it stands might be little more than a blueprint for performative symbolic gestures. It is certainly not a reference for transformational changes. Reactions from Indigenous youths are quite revealing. for example, some stated that the apology did not mean much to them. As youth they contend daily with the loss of their culture as well as reminders of Indigenous youth suicide and addictions rate that stem from intergenerational trauma and continued societal violence. To that point, the numbers of missing and murdered Indigenous women and girls and the fact that Indigenous peoples represented 30% of federal inmates in 2017 when they only make 4.1% of the adult population in Canada, speak for themselves.

Pope Francis’ trip to Canada was a clear statement that the Church is listening and is cognizant of the importance to preserve its image. The question that remains is who exactly is the Church listening to and what does it intend to respond? Will it be some curated symbolic apologies or a more fundamental change that destabilizes the status quo and centers the voice of Indigenous peoples?

Benjamin Maiangwa is Assistant Professor in the department of Political Science at Lakehead University. Maiangwa’s research focuses broadly on the intersection of politics, culture, and society. His publications use storytelling and critical research to explore notions of belonging, mobility, and how people experience conflict and peace in everyday life.

Christiane Essombe is a PhD candidate at the University of Cape Town and the holder of a Master’s of Public Health. Her work mobilizes an anti-oppression and anti-racism lens to explore intersectional manifestations of racism, coloniality and white supremacy particularly among People of African descent on the continent and in the diaspora. 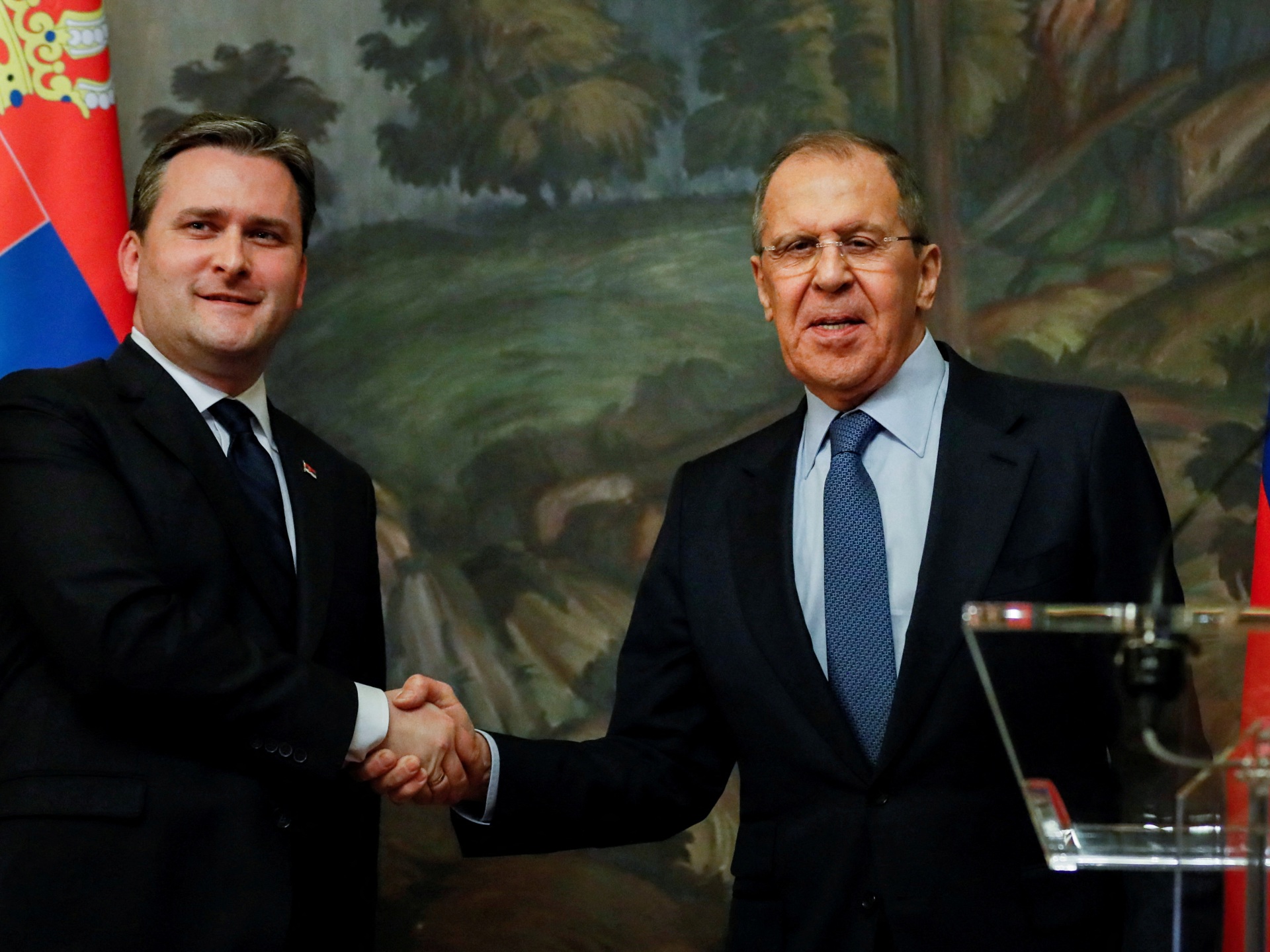