'Panic not over' on energy prices for some small firms 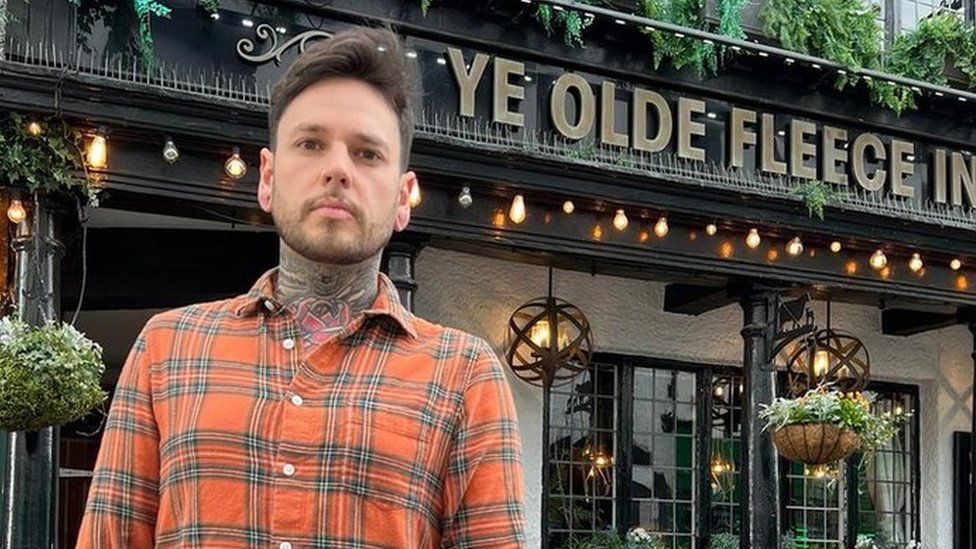 Gas and electricity costs for UK businesses, charities and public sector bodies are set to be capped under a new government package.

Chancellor Kwasi Kwarteng has suggested that the move could stop companies from collapsing under the weight of soaring energy bills this winter.

While some trade bodies have welcomed the news, others like UK Hospitality warned that the government must avoid a "cliff-edge" when the six months of help finishes at the end of March.

The BBC has spoken to several firms across different sectors about what the announcement could mean for them.

At Ye Olde Fleece Inn in Kendal, Cumbria, they have not "done the maths" yet, but are relieved to have more certainty.

"That some help is coming gives us a bit of hope," says Josh Farrant, front of house manager. "But we are still massively going to have to look at the way we do things."

Customers are already having to forgo sourdough toast - the cost of running the grill is "ridiculous" at current prices, says Mr Farrant.

They'll be looking at other kitchen equipment and whether they can rely more on the pub's log fires, less on central heating.

And while the government support is very welcome, Mr Farrant still has concerns, especially about what will happen in a few months time.

"It doesn't mean the panic is over," he says. "It's going to run for six months, then we'll see."

'Customers want to feel their fingers'

Kate Phillips is relieved to have "a reprieve" over the rising cost of running her chain of indoor climbing walls.

"In the medium-term, it means we can run some heating this winter," she says. "Our original plan was to warn our customers to bring warm jackets with them."

That may still be necessary come the spring. These vast indoor spaces cost a lot to heat and the help is only temporary.

"It's all a bit last minute, all a bit "short-period", leaving us not sure what will happen in six months' time," she says.

Climbers don't want it as warm as at a gym, Kate explains, as they don't want their hands to sweat. "But they do want to be able to feel their fingers."

The chain has some fixed rate deals still in place for electricity, so Ms Phillips is trying to work out if they will save more by investing in more electric heating.

She hopes that will leave some "wiggle room" to offer more hours, or recruit new staff over the winter when they're at their busiest.

What exactly was announced?

Wholesale gas and electricity prices for firms are being fixed for six months from 1 OctoberHospitals, schools and charities will also pay the fixed priceThese non-domestic energy customers will be charged £211 per MWh for electricity and £75 for gasThe scheme will be reviewed after three months and may be extended for "vulnerable businesses"

'This doesn't help us at all'

"This doesn't help us at all!" says Nimisha Raja, founder of Nim's Fruit Crisps, who was not impressed with the level of intervention.

She points out the scheme doesn't offer help with daily standing charges - the fee customers pay for being connected to the energy grid.

"When we entered into a new contract on April 1st, the only option available to my business was one with a £14 per day standing charge."

She would like the government to have been bolder, including reforming the energy market, or considering a bigger windfall tax on the energy companies that are benefiting from higher prices, a move the new prime minister has ruled out.

"What will - and is already - slowing down growth across all sectors is the crippling energy costs, forcing many small businesses to close."

Angie Monroe, who runs a small salon in Stourport, Worcestershire, says her energy bills have tripled in the past year to around £280 a month on average in the summer.

"It's mainly only me here serving customers," she says "But my prediction will be come winter my bills will double again, even with the cap in place because of the energy used in the heating and appliances we've got to use."

It's already a struggle making ends meet with costs for hair colour and gloves increasing recently.

"It's frustrating because I want to know why this [scheme] wasn't put in place sooner," Ms Monroe says.

But above all she is wondering what will happen long-term after the support package comes to an end next March.

"We might feel secure for that time, but lots of businesses out there will still be anxious, wondering what their bills are going to look like in the future.

Tina McKenzie, the policy and advocacy chair at the Federation of Small Businesses, said: "Small businesses are the definition of vulnerable when it comes to these energy price hikes.

"[They do not] have the ability to hedge, or negotiate energy prices, so we will be encouraging government to continue to help small businesses across all different sectors after the six months have elapsed."

Many still face "a tough year" ahead, she says.