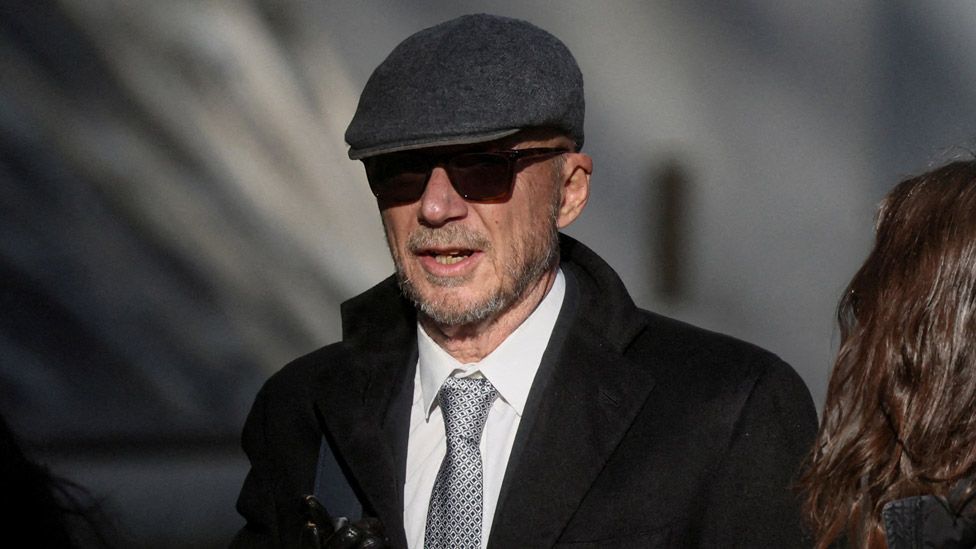 Oscar-winning writer and director Paul Haggis has been ordered to pay $7.5m (£6.4m) to a woman who accused him of rape after he lost a civil trial.

A jury in New York sided with film publicist Haleigh Breest, who said Haggis raped her in 2013.

She said she was grateful "the jury chose to follow the facts and believed me" after the 15-day case.

The Canadian film-maker, 69, said the encounter with Ms Breest at his home following a film premiere had been consensual. He has not faced any criminal charges in relation to the incident.

His lawyer said the civil trial was unfair because the judge had allowed statements from other women who had accused Haggis but not taken action against him.

"They used this to distort the truth, assassinate Mr Haggis's character, paint him as a monster, and use a 'where there's smoke, there's fire' strategy," Priya Chaudhry said.

Ms Breest, who was 26 at the time, told Manhattan Supreme Court that on the night in question, she suggested going to a bar with Haggis, but he insisted they go back to his apartment. He then forced her into oral sex and raped her despite her asking him to stop, she said.

He said she was giving off "mixed signals" but was "passionate" and initiated oral sex, although he said he had no memory of intercourse.

She filed her lawsuit in 2017 as a number of powerful Hollywood figures faced sexual assault accusations.

"Justice was done today," her lawyer Ilann Maazel told Reuters. "We are so proud of Haleigh. This is a great victory for her and for the entire #MeToo movement."

However, Ms Chaudhry called the trial "a shameful exploitation of the #MeToo movement where political sentiment trumps facts".

Haggis was arrested in Italy in June on separate sexual assault charges, but they were later dropped.

His Hollywood work also includes writing and producing Million Dollar Baby, which won best picture at the Oscars the year before Crash. His James Bond writing credits were for 2006's Casino Royale and 2008's Quantum of Solace.