Lahore, Pakistan – In the capital of Pakistan’s largest province Punjab, residents such as Muhammad Junaid say the ongoing heatwave has felt “very sudden and unexpected”.

A tailor living in one of Lahore’s Katchi Abadis (shanty towns), Junaid told Al Jazeera the 40 degree Celsius (104 degree Fahrenheit) and above temperatures, combined with hours-long power shortages, have created an “unbearable” situation at home.

“We are eight people living in three rooms… The children get easily frustrated in this heat together with the load shedding [power outages]… Sometimes they can’t help but cry,” he said.

Since April, South Asian nations have been experiencing an unpredictable heatwave that has seen some areas touch 50°C (104°F).

“This is a freak weather phenomenon that has completely shaved off the spring season in Pakistan,” former climate change minister Malik Amin Aslam told Al Jazeera.

Speaking by phone from the capital Islamabad, Aslam said temperatures were “6-7° higher than normal at this time. What we see happening most definitely is due to climate change,” he added. 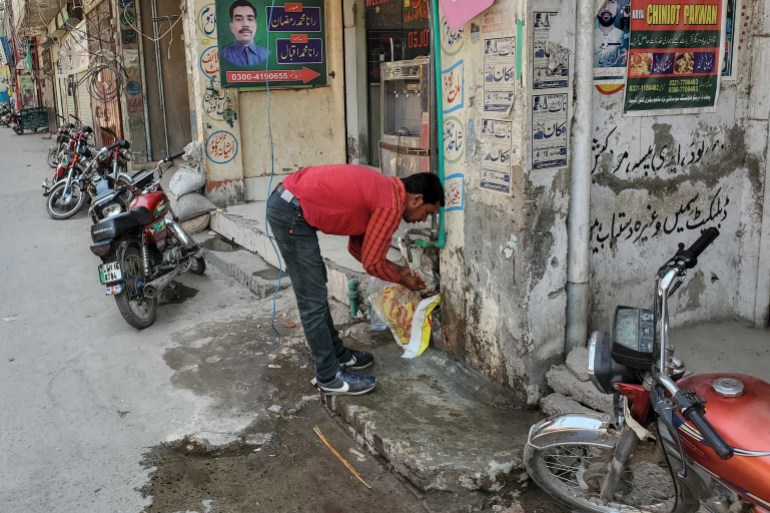 Scientists have long warned the climate crisis will lead to more intense weather – including floods, droughts and heatwaves.

A UN agency reported earlier this week that key indicators of climate change – including greenhouse concentrations and ocean heat – had been higher compared with 2021.

“The global energy system is broken and bringing us ever closer to climate catastrophe,” the World Meteorological Organization said.

According to the Global Climate Risk Index published by non-profit group Germanwatch, Pakistan is one of the most vulnerable nations in the world when it comes to the effects of climate change over the past two decades.

Between 2000 and 2019, the Germany-based organisation ranked Pakistan as the 8th most affected country. During this period, the sub-continent nation lost on average 500 lives annually as a result, or 10,000 over the course of the whole period, the group said.

One of the most alarming effects of the “torrid” heatwave is the accelerated melting of Pakistan’s glaciers in the north, according to Aslam.

A few days ago @ClimateChangePK had warned that Pakistan’s vulnerability is high due to high temps. Hassanabad bridge on the KKH collapsed due to GLOF from the melting Shisper glacier which caused erosion under pillars. Am told FWO will have a temporary bridge up in 48 hours. 1/2 pic.twitter.com/Sjl9QIMI0G

Earlier this month, the Hassanabad bridge in the northern Hunza Valley was destroyed because of a glacial lake outburst flood at the Shisper Glacier – leading to flashfloods – and leaving tourists and locals stranded.

“Last year we [the previous government] had made special drainage channels around the glacier to let the drainage happen – but the lake burst was so huge it broke through it as well,” said Aslam.

Pakistan has more than 7,000 glaciers – one of the highest numbers in the world – many of them in the Himalayan region.

A University of Leeds study published in December found the ice from glaciers in the Himalayas was melting “at least 10 times higher than the average rate over past centuries” a result of human-induced climate change.

Moreover, the researchers reported the Himalayas, which also covers other countries in South Asia such as Nepal and India, had lost 40 percent of their ice over several hundred years.

“What Pakistan is experiencing is a perfect climate storm,” Aslam said. “It is very alarming and there is nothing we can do about this. The country cannot simply go out and turn off the greenhouse gases.”

Experts have warned the unexpected heatwave is also affecting the agriculture sector in the country.

Amanullah Khan, head of the environment and climate change unit at the UN Development Programme in Pakistan, told Al Jazeera while the country’s crops are used to high temperatures, the issue was the heatwave arriving earlier than expected.

“It’s not as if the agriculture of this country has not seen temperatures of 41°C or 43°C – the problem is that crops need certain temperatures at a certain time of their growth,” he said from Islamabad.

“If the heat arrives earlier the usual, this will manifest in the country not producing good crops such as wheat,” Khan noted, adding Pakistan imported wheat last year, despite being a net exporter for many years. He cited climate change as one of the main reasons. 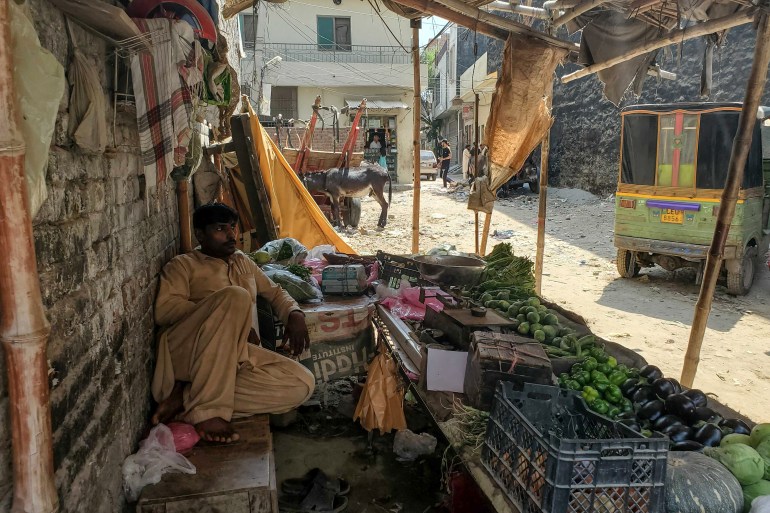 Meanwhile, Pakistan’s mango harvest has also been affected, with some local experts claiming a drop of nearly 60 percent in production.

The patron-in-chief of the All Pakistan Fruit & Vegetable Exporters, Importers & Merchants Association Waheed Ahmed told Al Jazeera his group had reduced its export target by 25,000 tonnes this season, a 20 percent drop.

Speaking from Lahore, Ahmed added similar shortfalls can be expected later this year in the “production of green vegetables, sugarcane and other crops”.

Earlier this month, Pakistan was ranked among the top 23 countries in the world by the UN facing drought emergencies over the past two years.

The report published by the UN Conven­tion to Combat Desertifica­tion said droughts – a result of low precipitation and exacerbated by higher than normal temperatures – were a major driver of “crop yield volatility”, leading to low yields and resulting in “substantial financial losses”.

Junaid the tailor said unlike more affluent households, he and his family had few financial resources to mitigate the effects of the heatwave, made worse by the ongoing power outages in the province and elsewhere.

“We have no money to buy an air-conditioner. We rely on fans and cheap coolers … but when there is no electricity for several hours, we have nothing to stay cool with. We just have to live with it,” he lamented.

“We can’t afford a UPS [uninterruptible power supply] or generator as a backup when the load shedding starts.” 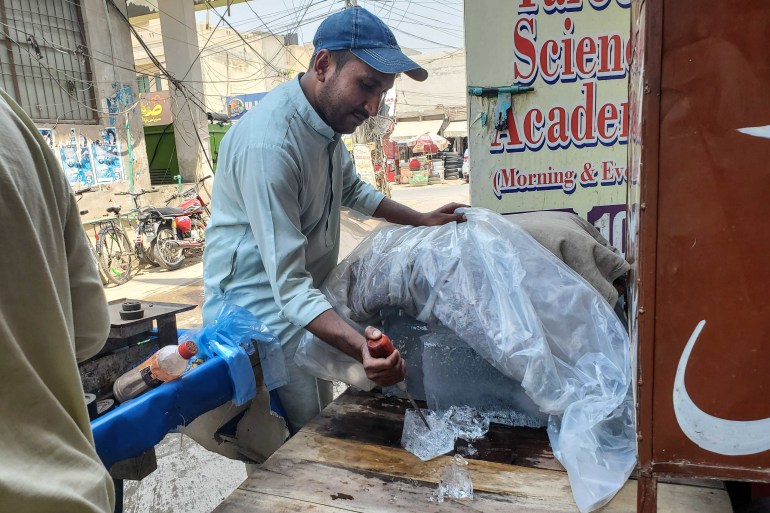 Muhammad Zubair breaks up a block of ice to use for cooling purposes outside his tea stall in Lahore, Pakistan [Usaid Siddiqui/Al Jazeera]

A climate study published in February found in the 2010s exposure to heatwaves for the “poorest quarter of the world … was more than 40 greater than in the wealthiest quarter”, citing a lack of access to heat adaptation facilities such as air conditioning and the resources to run them.

“Adaptation measures, such as cooling centres … can lower a population’s heat exposure impact. However, a country’s ability to implement adaptation measures generally depends on its financial resources, governance, culture and knowledge. Poverty affects each,” the authors wrote for the media and research outlet The Conversation.

Nevertheless, for low-income labourers in Pakistan who work outdoors, the heatwave is a secondary concern.

“We have no choice but to continue working the same long hours no matter how hot it gets … to support our families,” Muhammad Zubair, a tea seller told Al Jazeera, adding his regular 10-12-hour workdays remain unchanged.

Arshad, a day labourer who makes between 500-1,200 rupees a day (US$2-$6) told Al Jazeera the government should ensure continuous employment for temporary workers like him.

The father of three said he had not found a paid job for nine consecutive days between April and May, all the while sitting outside for eight or nine hours at a busy intersection in Lahore, hoping someone would hire him.

“The heat is bad but it will always be there… It can’t stop us from trying not to go hungry.” 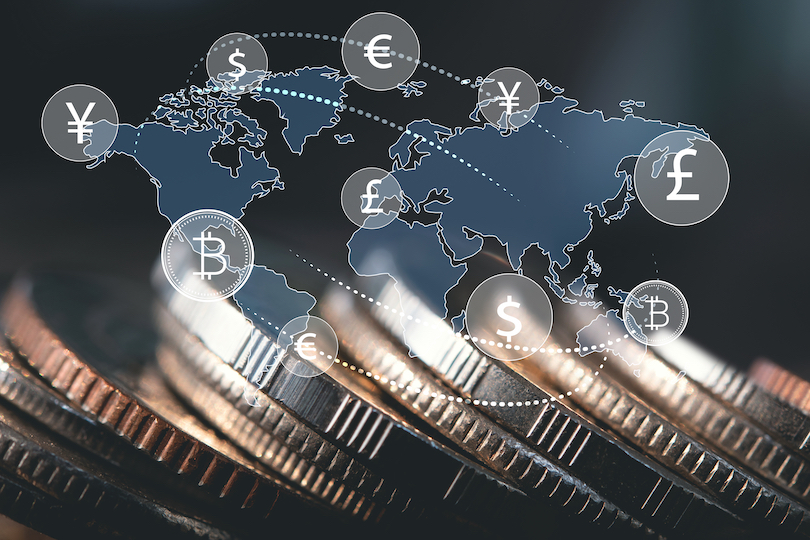 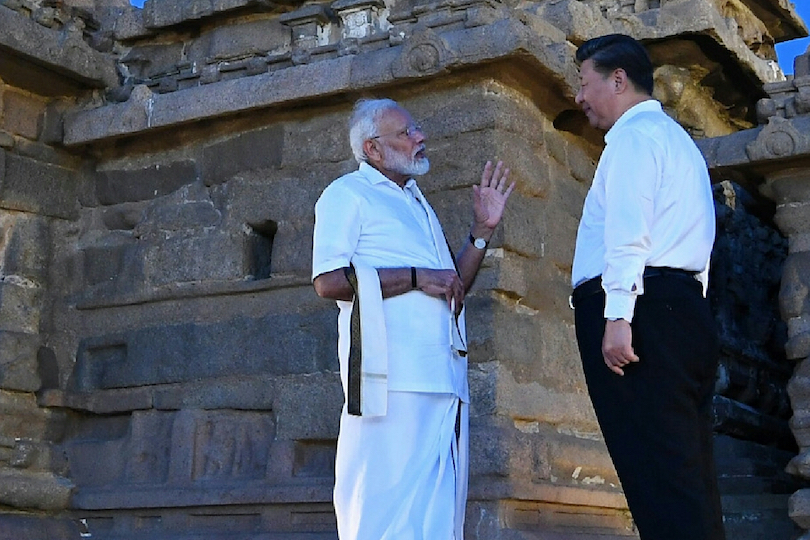 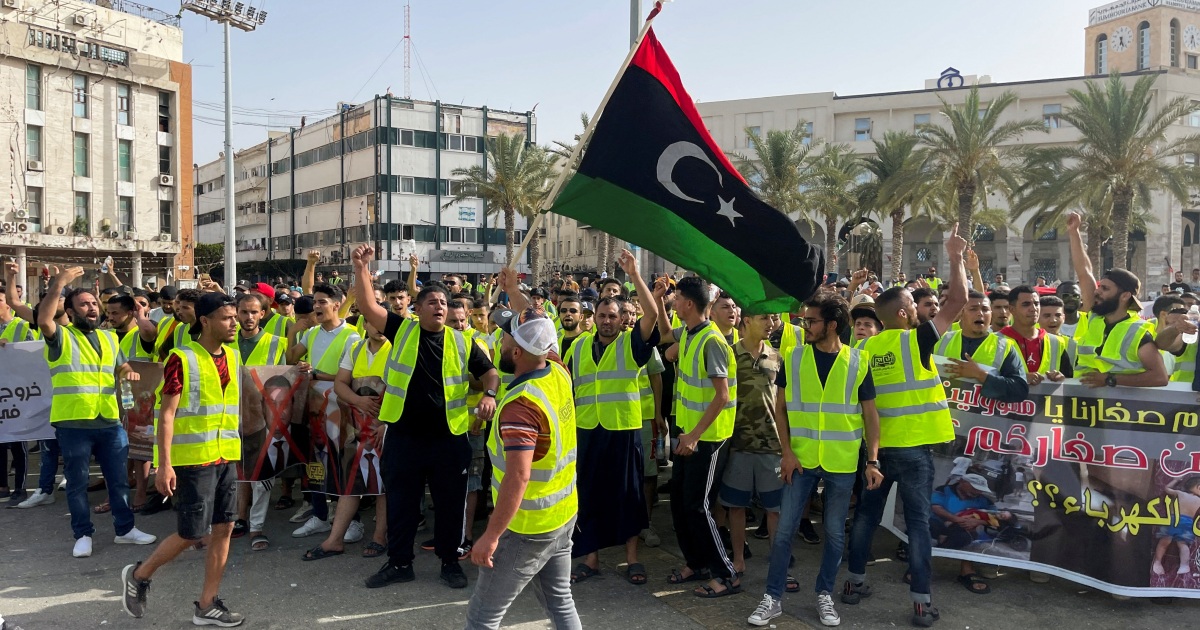 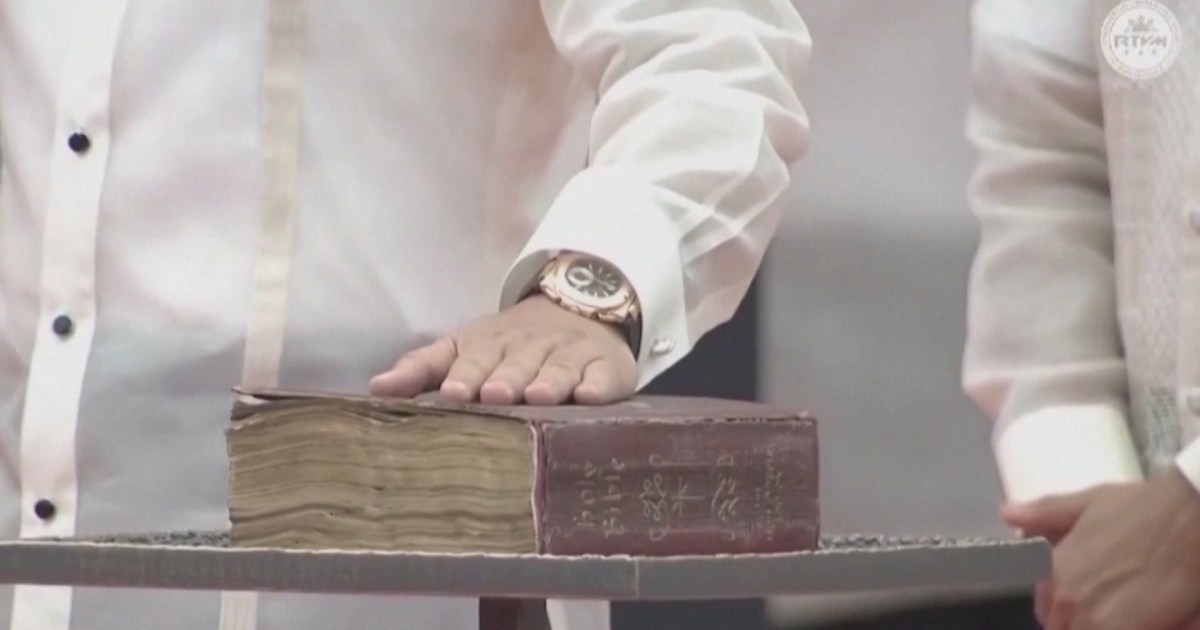 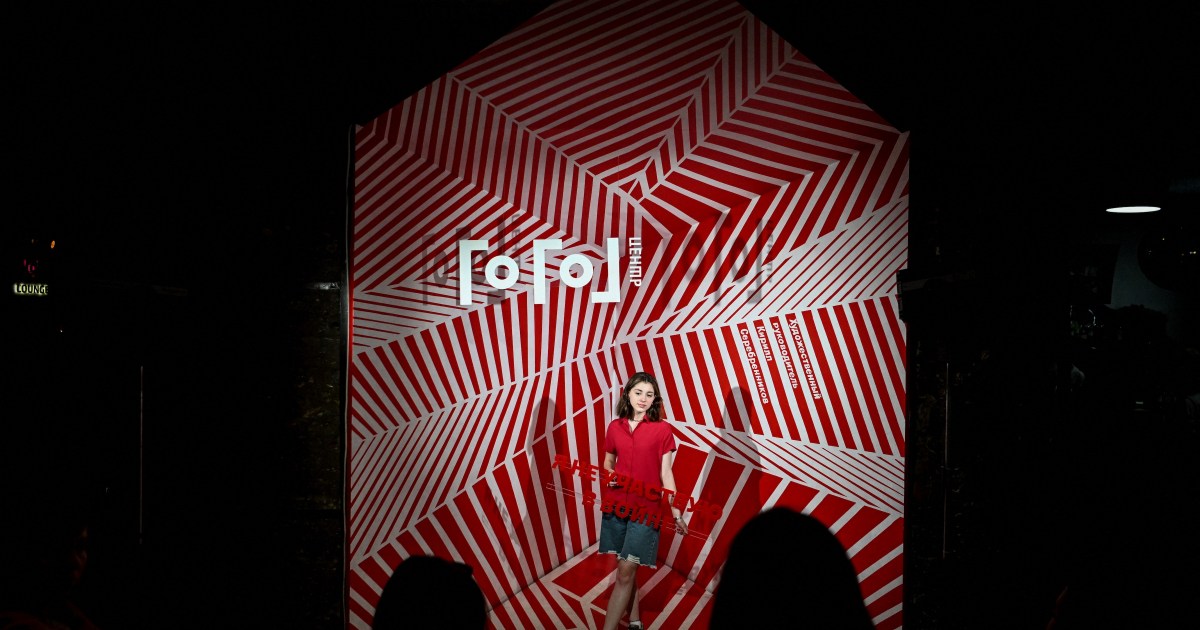 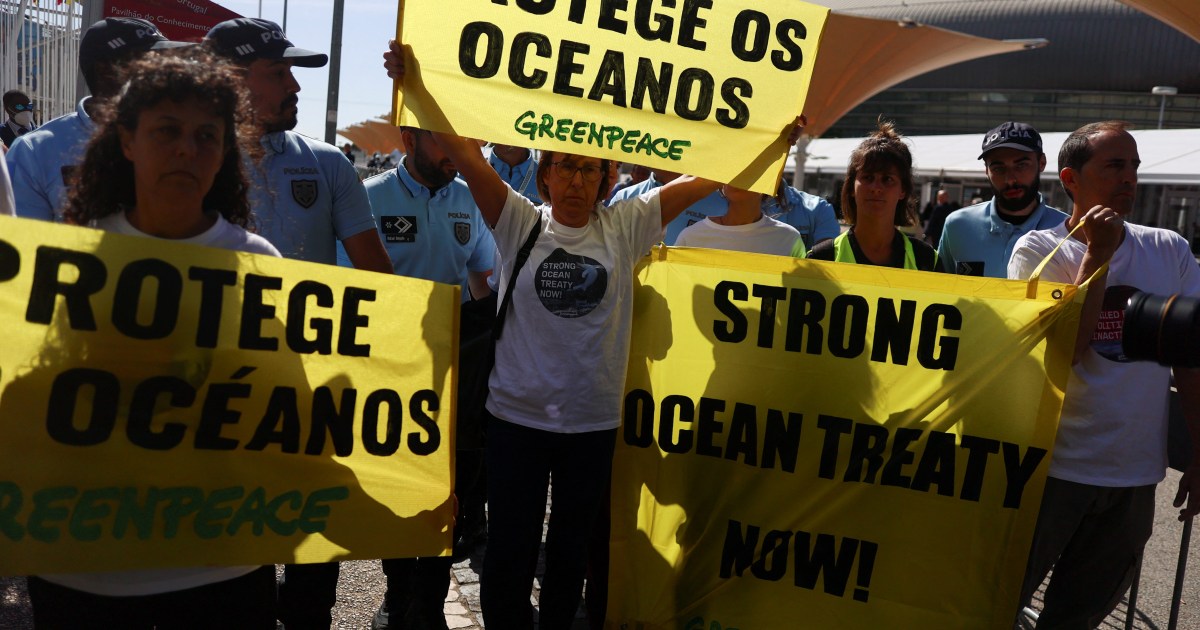