Health authorities announced Friday that polio virus has been found in New York City wastewater, a discovery that extends the known presence of the virus from the region’s northern suburbs to the nation’s largest city.

City and state health departments offered no details of where or when the virus was discovered. But they said the finding suggests “likely local circulation of the virus.”

“Polio can lead to paralysis and even death,” the city said in a tweet. Officials are urging unvaccinated New Yorkers to immediately seek the shots that protect against the virus.

“The risk to New Yorkers is real but the defense is so simple — get vaccinated against polio,” city Health Commissioner Ashwin Vasan said in a news release. “With polio circulating in our communities, there is simply nothing more essential than vaccinating our children to protect them from this virus, and if you’re an unvaccinated or incompletely vaccinated adult, please choose now to get the vaccine. Polio is entirely preventable and its reappearance should be a call to action for all of us.”

Before Friday’s announcement, the virus had been found in wastewater in the northern New York City suburbs of Rockland and Orange counties. Only one person, an unvaccinated 20-year-old man from Rockland County, was known to be infected. The man sought treatment in a New York City hospital in June, officials said last month, and is having difficulty walking. Officials said no other cases have been identified.

His infection, the first in the United States in nearly a decade, and the presence of the virus in wastewater in the suburban counties indicated wider local transmission, the New York State Health Department said last week. Officials urged anyone not immunized against polio, especially people in the greater New York metropolitan area, to be vaccinated.

The U.S. population is highly vaccinated, but anyone unsure whether he or she received the series of shots in childhood should seek advice from a medical provider. The Centers for Disease Control and Prevention has sent a team to Rockland County to help with the investigation. Three doses of the polio vaccine provide at least 99 percent protection, according to the CDC.

“Based on earlier polio outbreaks, New Yorkers should know that for every one case of paralytic polio observed, there may be hundreds of other people infected,” State Health Commissioner Mary T. Bassett said in last week’s statement. “Coupled with the latest wastewater findings, the department is treating the single case of polio as just the tip of the iceberg of much greater potential spread.”

Along with covid-19 and monkeypox, the polio case gives the United States three worrisome viral diseases that were nonexistent here a little more than two years ago.

Highly contagious, polio was a fearsome, sometimes fatal scourge before a vaccine was developed in 1955. It causes permanent paralysis in people who are not fully vaccinated in about 5 of every 1,000 cases.

Most of the U.S. population is protected against the disease through vaccinations in childhood. But in areas with low vaccination coverage, such as the Orthodox Jewish community in Rockland County, unvaccinated people are at high risk. There is no treatment for polio.

In New York City, Friday’s news release said, 86.2% of children between the ages of 6 months and 5 years old have received three doses of polio vaccine. “Of particular concern,” it added, are neighborhoods where child vaccination coverage is less than 70 percent.

Genetic sequencing for the Rockland County case, performed by New York state’s public health laboratory and confirmed by the CDC, showed a type of polio virus that indicates transmission from someone who received the oral polio vaccine, according to a July health alert. The oral vaccine, which is not administered in the United States, uses weakened virus to stimulate immune system protection against infection.

In rare cases, an unvaccinated person can become infected that way, with the virus eventually returning to full strength, known as neurovirulence, according Irina Gelman, Orange County’s commissioner of health.

In her county, also home to a large Orthodox Jewish population, just 58.7 percent of the population is fully vaccinated, significantly less than the New York State total of about 80 percent, according to Friday’s news release. Rockland County has a 60.3 percent vaccination rate, officials said.

The last naturally occurring cases of polio in the United States were recorded in 1979.

On Wednesday, the Rockland County outbreak was causing little outward sign of concern. At four community health centers in Spring Valley, Monsey and Pomona, there were no signs urging unvaccinated residents to get free shots, despite a county vaccination rate of about 60 percent.

Most clinics were quiet and empty, though the sidewalks in Orthodox Jewish enclaves of Spring Valley and Monsey were crowded with mothers pushing strollers. If they were concerned, they kept it to themselves, with one woman after another saying that she had “no opinion about it.”

Esther Miller, however, said she felt secure in the continued health of her five children, who are all vaccinated against polio and other childhood diseases.

“It’s up to parents to keep their kids healthy,” said the 35-year old Spring Valley resident, an Orthodox Jew. “Giving vaccines is what you can do to protect them. My mother got all of her kids vaccinated. She was right on top of it. I do the same.”

Local officials said vaccine misinformation has contributed to low compliance. The polio vaccination rate among children in the county, which has the largest Orthodox population in the country, is just 42 percent, and nearly 30 percent of Rockland County’s overall population is under the age of 18.

Officials in London announced Wednesday that they are offering polio booster vaccines to children ages 1 to 9 after traces of polio virus were found in the British capital’s wastewater in June. The U.K. Health Security Agency said Wednesday that the vaccination program will start in areas where traces of the virus have been detected and immunization rates are low.

The June discovery prompted the United Kingdom to declare a rare “national incident.” No cases have been reported. The United Kingdom was declared polio-free by the World Health Organization in 2003. The best foods to feed your gut ... 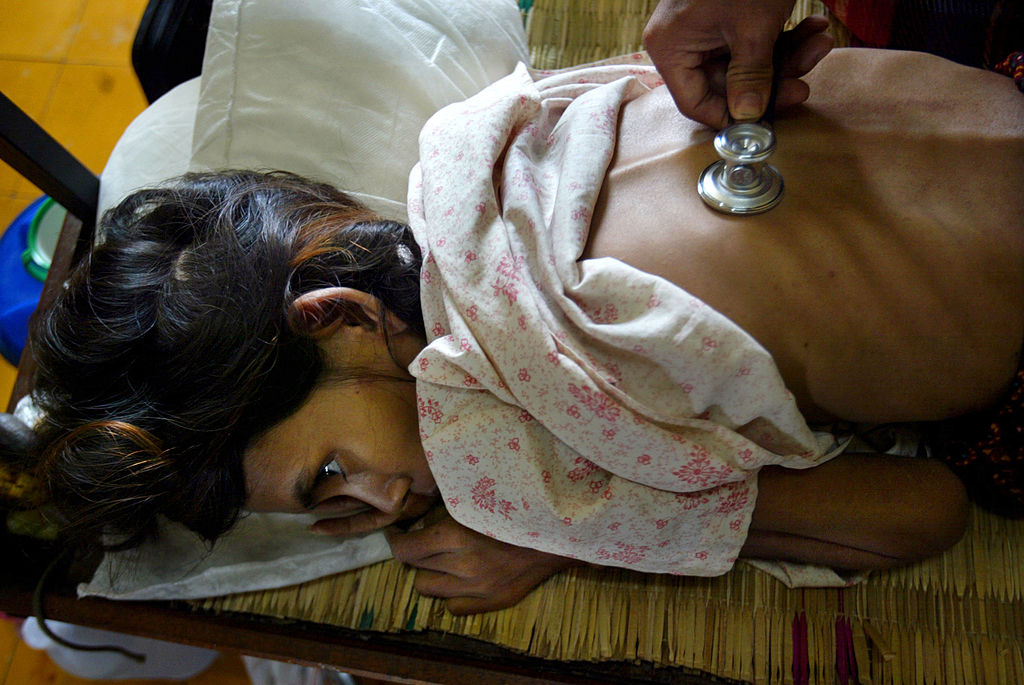 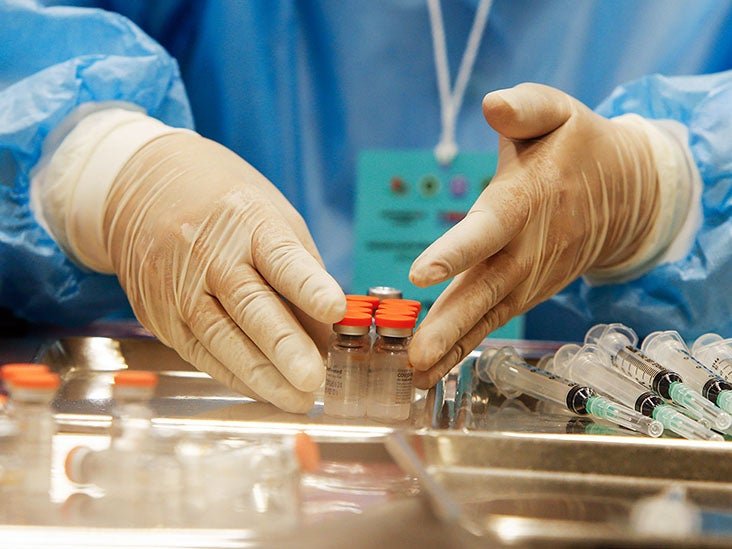 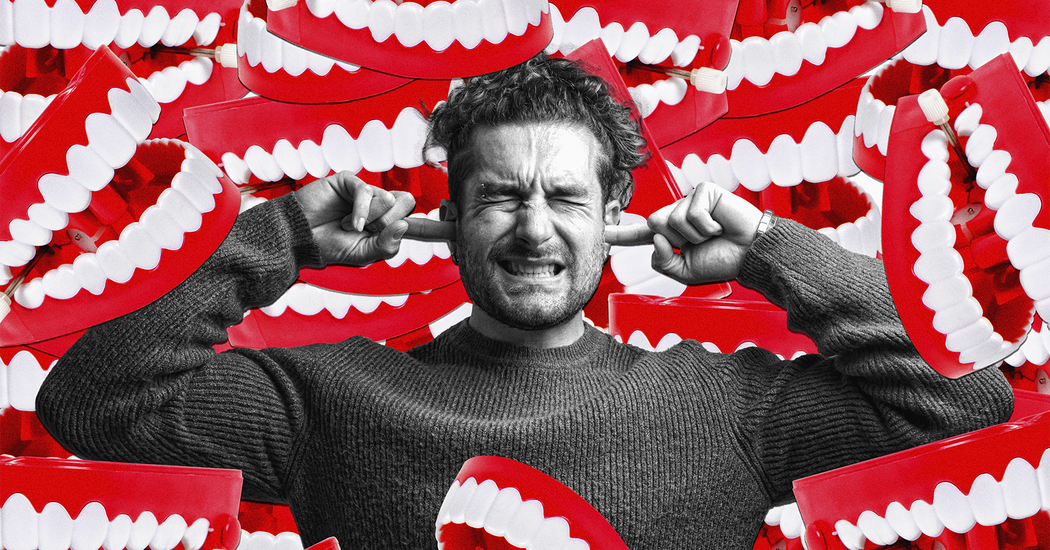