A court in the Canadian province of Quebec has struck down parts of a law that bars some public sector employees from wearing religious symbols such as the hijab on the job – but upheld most of the contentious legislation.

In a 242-page decision issued on Tuesday morning, Quebec Superior Court said the legislation – widely known as Bill 21 – violates parts of Canada’s constitution, the Canadian Charter of Rights and Freedoms.

Specifically, it said the law infringes on Section 23, which guarantees minority educational rights, as well as Section 3, which outlines the right to serve in the provincial legislature.

But the decision upholds most of the legislation, which bars public sector employees in positions of authority, such as teachers and state prosecutors, from wearing religious symbols at work. That can include the hijab worn by some Muslim women, Jewish yarmulkes or Sikh turbans.

Passed in June 2019, Bill 21 has drawn widespread criticism as a violation of religious freedom, with civil rights and religious groups saying it would disproportionately harm Muslim women who are already marginalised.

The National Council of Canadian Muslims (NCCM) and the Canadian Civil Liberties Association (CCLA), two of the main groups challenging the law as unconstitutional, said on Tuesday they were studying the court’s decision and would comment later.

The World Sikh Organization of Canada said while it was pleased parts of the law were struck down, “we must continue the legal battle to see this discriminatory law struck in its entirety”.

“We continue to review the decision,” the group tweeted.

The Superior Court’s decision could be appealed to the Quebec Court of Appeal, and eventually end up before the Supreme Court of Canada.

CBC News reported that Tuesday’s ruling means English-language schools in the predominantly francophone province will be exempt, while members of the legislature will be allowed to cover their faces for religious reasons.

The English Montreal School Board (EMSB), the largest English-language public school board in Quebec, which had challenged the law, said it was “elated” by the ruling.

“This legislation runs contrary to what we teach and to the culture of respect for individual rights and religious freedoms within English-language schools,” said Giuseppe Ortona, a lawyer for the EMSB, in a tweet shared by the school board.

.@MeOrtona: “Moreover, a religious symbol worn by a teacher in no way affects their ability to provide quality education in a secular state, within a secular education system and in the classrooms of public schools administered by the EMSB.” (3/3)

“Moreover, a religious symbol worn by a teacher in no way affects their ability to provide quality education in a secular state, within a secular education system and in the classrooms of public schools administered by the EMSB.”

The provincial government did not immediately comment on the court’s decision on Tuesday.

Quebec had invoked a seldom-used clause in the Charter to limit legal efforts against Bill 21, barring groups from arguing the law violated freedom of religion, among other protected rights.

The litigants in the case used other Charter provisions to argue the law was unconstitutional.

“There is no excuse for a discriminatory law that has already caused intense harm to Muslim women and others,” she said.

Quebec has seen more than a decade of heated debates around secularism, the separation of church and state, and what officials have called the “reasonable accommodation” of religious minorities. 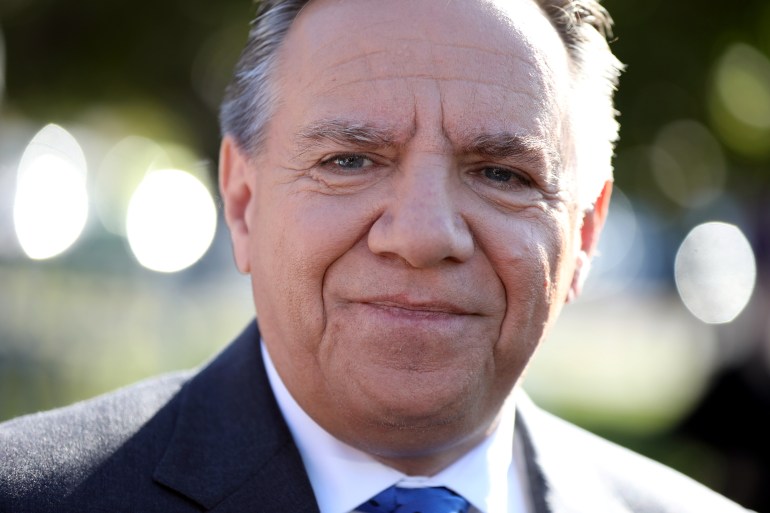 Shortly before it was passed in 2019, a poll showed 64 percent of Quebecers were in favour of restricting religious symbols in the public sphere, compared to only 27 percent against.

But critics have said the law sends a dangerous message amid an uptick in anti-Muslim sentiment in Quebec, where a gunman opened fire on a mosque in the provincial capital, Quebec City, in January 2017, killing six worshippers.

Muslim women in Quebec also have reported an uptick in harassment and violence, which they have linked to the passage of, and heated discourse around, Bill 21.