Quins beat Gloucester for third win in a row 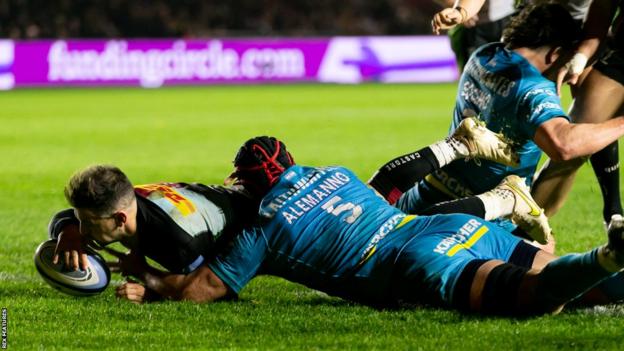 Harlequins secured their third Premiership win in a row with victory over Gloucester at The Stoop.

Danny Care and Dino Lamb put Harlequins 14-0 ahead inside 15 minutes, before Ben Morgan and Santiago Soccino closed the gap to two points.

But Care doubled his tally on the counter before the break and it proved to be the last score of the match, with the second half ending in a stalemate.

Harlequins move up to third in the table while Gloucester drop to sixth.