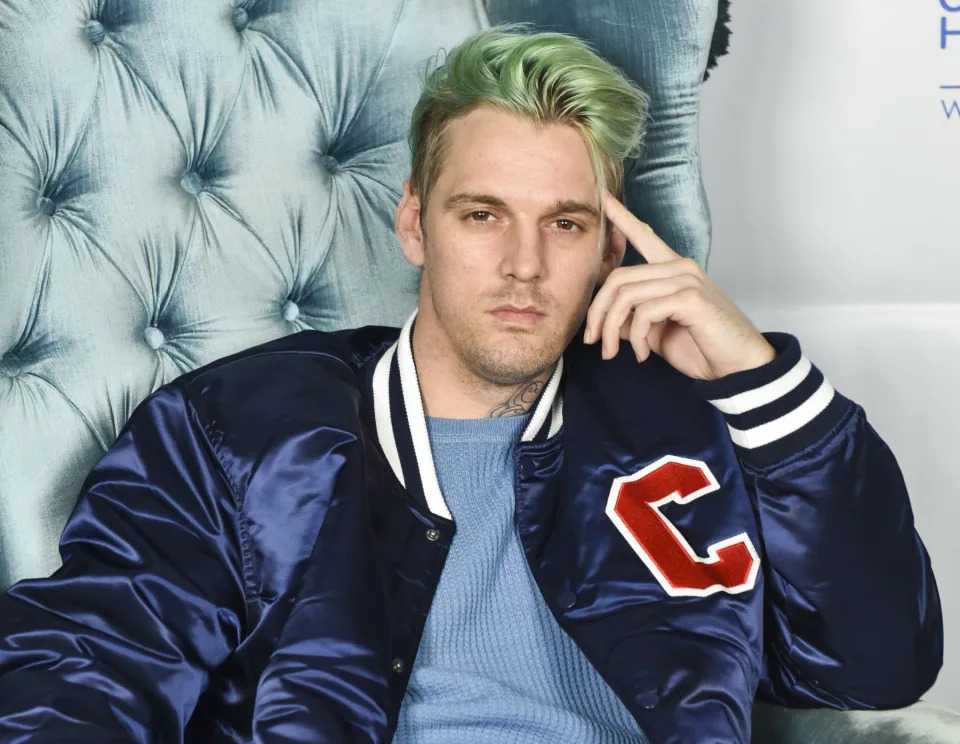 The release of Aaron Carter's unfinished memoir has been delayed following criticism from the late singer's ex-girlfriend, Hilary Duff.

In a press statement issued on Saturday — one week after Carter, 34, was found dead at his California home — a representative for the Ballast Books publishing company and author Andy Symonds explained the decision to scrap the Nov. 15 release date.

“Aaron Carter wanted his story told," Atherton Galardi Mullen & Reeder PLLC founder Scott Atherton wrote. "And he wanted our client, Andy Symonds, a well-respected journalist and author, to tell that story with all its beauty and rawness. Public attention has recently focused on a small number of interactions during Mr. Carter’s early years. The more important story is about Mr. Carter’s life as a whole and what people can learn from his professional success, his personal struggles and his tragic passing. Out of respect for the Carter family, my client has decided to defer further release of the book at this time. Mr. Carter was not just a celebrity, but he was also a father, a brother, a son and a friend to many who are still grieving for him.”

Symonds's Aaron Carter: An Incomplete Story of an Incomplete Life was drawn from interviews the journalist conducted with Carter over a three-year period. That the book was being fast-tracked, despite being incomplete, so soon after the "I Want Candy" singer's death rubbed some, including Duff, the wrong way.

"It's really sad that within a week of Aaron's death there's a publisher that seems to be recklessly pushing a book out to capitalize on this tragedy without taking appropriate time or care to fact check the validity of his work," Duff, who dated Carter from 2001 to 2004, said in a statement to E! News. "To water down Aaron's life story to what seems to be unverified click-bait for profit is disgusting. In no way do I condone shedding any light on what is so obviously an uninformed, heartless money grab."

Carter's management also spoke out against the book's release.

"In the few short days following our dear friend's passing, we have been trying to grieve and process while simultaneously having to deal with obscenely disrespectful and unauthorized releases," his team told E! News. "This is a time for mourning and reflection not heartless money grabs and attention seeking."

“Aaron, in the midst of [working on the book], said, ‘I want nothing to do with this’ and stopped, so the fact that the publisher is saying it’s green-lit, it’s not,” his publicist told the outlet, which has also reported that the incomplete memoir contains explosive and unvetted claims about his alleged sexual relationship with Duff as teens. Carter also reportedly shared a story about waking up from a sleepover at friend Michael Jackson's house to find the pop star wearing only underwear.

In a statement to Yahoo Entertainment last week, Symonds defended the project and Carter's right to "tell his story."

"Aaron Carter hired me to help him tell the world his story," Symonds said following Duff's criticism. "That story, while tragically cut short, was filled with good and bad. His life was far from pretty, and understandably certain people in the public eye don't want some of the stories Aaron tells in his book to come to light. That doesn't make them any less true or newsworthy. Aaron had a right — as we all do — to tell his story. As a journalist, I am honored that he chose me to help him do that. In addition to being cathartic for him, Aaron hoped this book would help others struggling with addiction and mental illness. I hope and believe it will do that."

Atherton confirmed to Yahoo Entertainment that Symonds now "no longer intends to publish the book next week," adding that the author is "working towards" reversing any action taken with distribution channels.