Review: ‘We Are the Proud Boys,’ by Andy Campbell - The New York Times

Andy Campbell details the history of an ascendant far-right group. 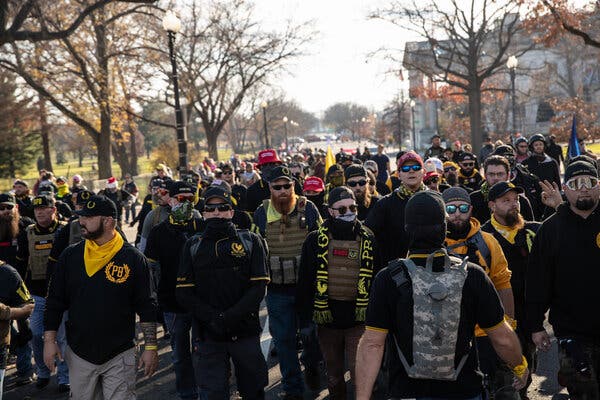 “We Are Proud Boys,” by Andy Campbell, follows the group from its beginnings to its sometimes violent political gatherings across the United States.Credit...Victor J. Blue for The New York Times

When you purchase an independently reviewed book through our site, we earn an affiliate commission.

WE ARE PROUD BOYS: How a Right-Wing Street Gang Ushered In a New Era of American Extremism, by Andy Campbell

Like Donald Trump’s run for office, the Proud Boys evolved out of a TV show. A British-born Canadian named Gavin McInnes had long ranted against feminism, Black activism and political correctness on his online video series, and in 2016 saw the chance to draw his fans into a movement. According to “We Are Proud Boys,” Andy Campbell’s new history of the organization, McInnes began partying and soapboxing with followers of his show after tapings, promoting “Western chauvinist” values. What started as an all-male “drinking club with a patriotism problem” would soon become one of the most visible extremist groups in the United States, with thousands of members across more than 150 chapters.

After Trump’s election, a Proud Boy helped organize the 2017 Unite the Right rally in Charlottesville, Va., that left one counter-demonstrator dead and many hospitalized. Swaggering, tattooed Proud Boys began serving as bodyguards for right-wing figures and repeatedly battled Black Lives Matter advocates, often leaving injuries in their wake. When asked in his 2020 campaign to disavow the group, Trump famously asked its members to “stand back and stand by.” They jubilantly printed those words on T-shirts.

“The Proud Boys were convinced they’d been mobilized by the president,” Campbell writes. “They took to social media and announced their readiness for the coming civil war.”

Months later, the Proud Boys, some wearing bright orange watch caps and body armor, provided much of the organizational backbone for the Jan. 6 insurrection at the United States Capitol. More than 40 members have so far been indicted in the subsequent investigation, including Dominic Pezzola, who, in a moment that has now been viewed on video millions of times, used a stolen riot shield to smash a Capitol window and was, by Campbell’s assessment, the first person to breach the building that day.

Campbell has covered the Proud Boys and similar groups for HuffPost. His book feels somewhat hasty. Clichés tumble over one another (“drunk as a skunk,” “reared their ugly heads,” “word salads,” and you-know-what “hit the fan”), interwoven with over-the-top claims: that the Proud Boys turned Berkeley, Calif., “into an almost perpetual war zone” and altogether have organized “some of the most gruesome acts of political violence in modern American history.”

There has been, however, all too much political violence in our history — which makes it worth comparing the Proud Boys with some of their predecessors. For sheer gruesomeness, nothing tops the more than 4,000 documented lynchings, mostly of Black men, that took place in the century after the Civil War, many of them preceded by castration or dismemberment. Much of this was the work of the Ku Klux Klan.

An almost forgotten but far larger group of vigilantes, the American Protective League, which swiftly acquired 250,000 members, flourished in 1917 and 1918 during the patriotic hysteria of World War I. League members made citizens’ arrests of tens of thousands of people suspected of everything from draft evasion to “seditious utterances.” And, like the Proud Boys, they relished a good brawl. “The anarchist men were tough to handle, but the women fought like wildcats, scratching, biting and kicking with feline ferocity,” happily wrote one League member after leading an attack on antiwar demonstrators in Chicago’s Grant Park.

Vigilante groups offer the thrills of war without the risks, hardships or obligations of actual military service. One of those thrills, of course, is the promise of violence. Another is rank. The Klan had its Kleagles, Klaliffs and Grand Wizards; American Protective League members wore small metal shields emblazoned with a status — “Operative,” “Lieutenant,” “Captain” or “Chief.” The Proud Boys have four “degrees” of membership. For the first degree, one merely takes an oath; for the fourth and highest degree, writes Campbell, “a Proud Boy must commit a significant act of political violence or get arrested.”

“I have superhuman strength,” said McInnes, who publicly resigned from the Proud Boys in late 2018. “I’m smarter than ever before. I also crave my wife in a way that’s unprecedented.”

Although Campbell does not explore it, far-right paranoia about pornography goes all the way back to “The Protocols of the Elders of Zion.” In Protocol No. 14 of that notorious forgery, now more than a century old, Jews supposedly create “filthy, abominable literature” to distract the goyim from their scheme to take over the world. In recent years, similar attacks branding pornography as a Jewish plot have come from right-wing terrorists ranging from Anders Breivik, who killed 77 people in Norway in 2011, to Robert Bowers, charged with fatally shooting 11 at a Pittsburgh synagogue in 2018.

These anxieties reflect a greater fear: that what’s being lost is not just testosterone but masculinity itself. It’s no coincidence that groups like the Proud Boys have arisen at a time when we have a record number of women in Congress and when far more women than men are earning both college and graduate degrees. Women’s proper role, McInnes has said repeatedly, is in the home, as traditional housewives and mothers. “There is a real war on masculinity,” he told one interviewer a few years ago, adding that many Proud Boys had been raised by single mothers without a male figure in their lives. A researcher who studied 43 McInnes videos that drew more than a million views each on YouTube found that only three had to do with race, while 26 concerned women, gender or feminism. One, entitled “Single Moms: Stop Talking About How Brave and Cool You Are,” drew 2.1 million views. Don’t forget: The target of some of the worst insults and threats on Jan. 6, 2021, was one of the country’s most powerful women, Nancy Pelosi.

We hear a lot from the far right these days about the Great Replacement: the charge that sinister liberals are deliberately replacing native-born white Americans with hordes of minorities. But one wonders if what groups like the Proud Boys are really worried about is the replacement of men by women.

A similar sense of precarious white masculinity underlay the earlier vigilante groups. One of the most frequent pretexts for a Klan lynching, after all, was the rumor, usually spurious, that a white woman had been sexually assaulted by a Black man. The badge-wearing members of the American Protective League were less public about their sexual anxieties, but it, too, was essentially a boys’ club. After a few men enrolled their wives, and other women showed interest in joining, the group barred female members, with one leader declaring that to allow them would cause “untold difficulties.” The America of the World War I years, like today’s, was one where millions of men were jarred by the changing role of women: They were about to get the vote, birth control promised them power over reproduction, and, as the war swept men into uniform, women showed that they could perform traditionally male jobs ranging from firefighter to streetcar driver.

A future U.S. administration may more tightly seal the country’s borders and claim to stop the Great Replacement. But despite recent efforts by the Supreme Court, it will have a far harder time rolling back advances by American women. Which suggests that the Proud Boys — who have misogyny “baked into the rules,” Campbell writes — won’t vanish from our streets any time soon.

WE ARE PROUD BOYS: How a Right-Wing Street Gang Ushered In a New Era of American Extremism | By Andy Campbell | 311 pp. | Hachette Books | $29 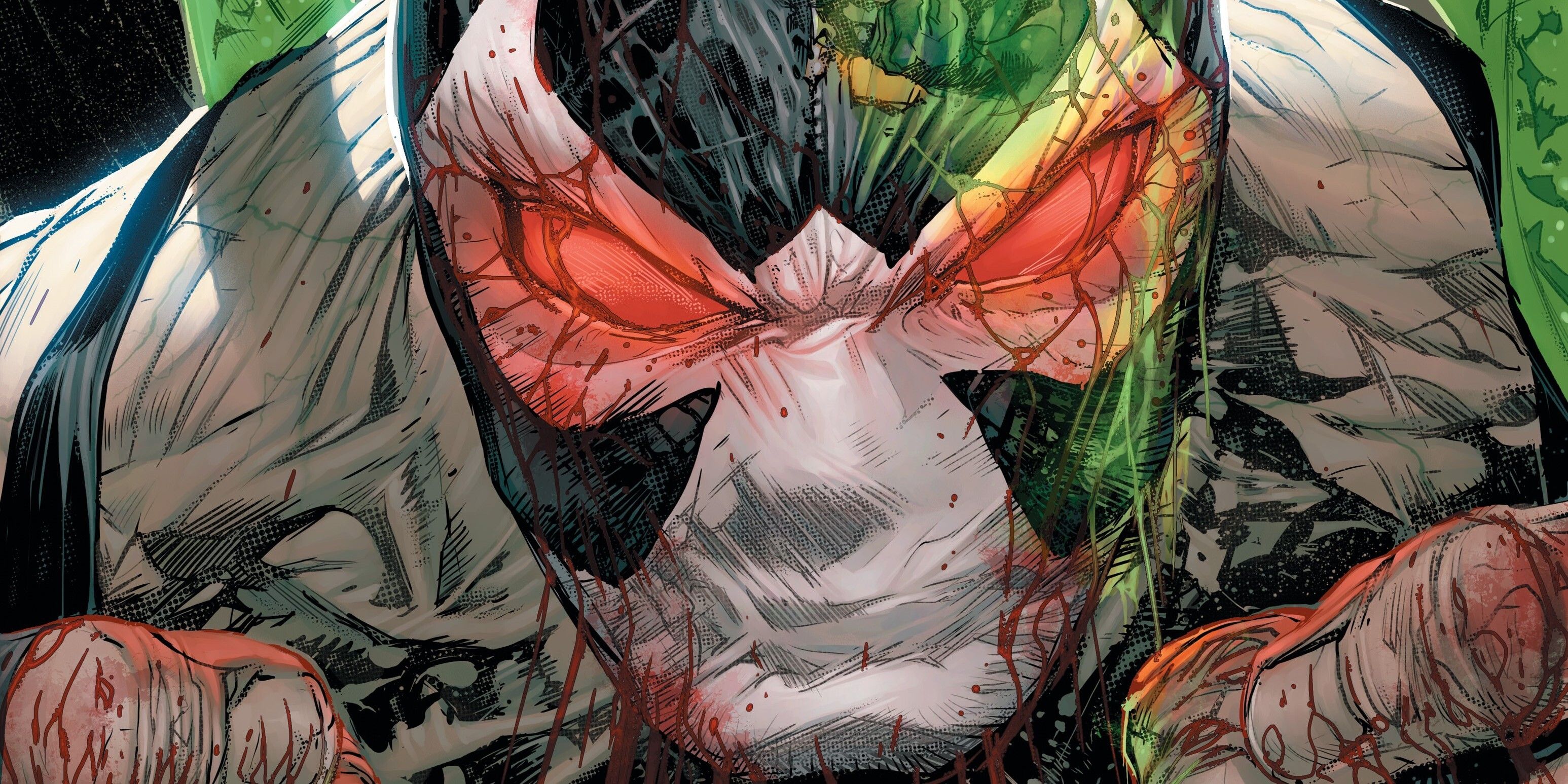 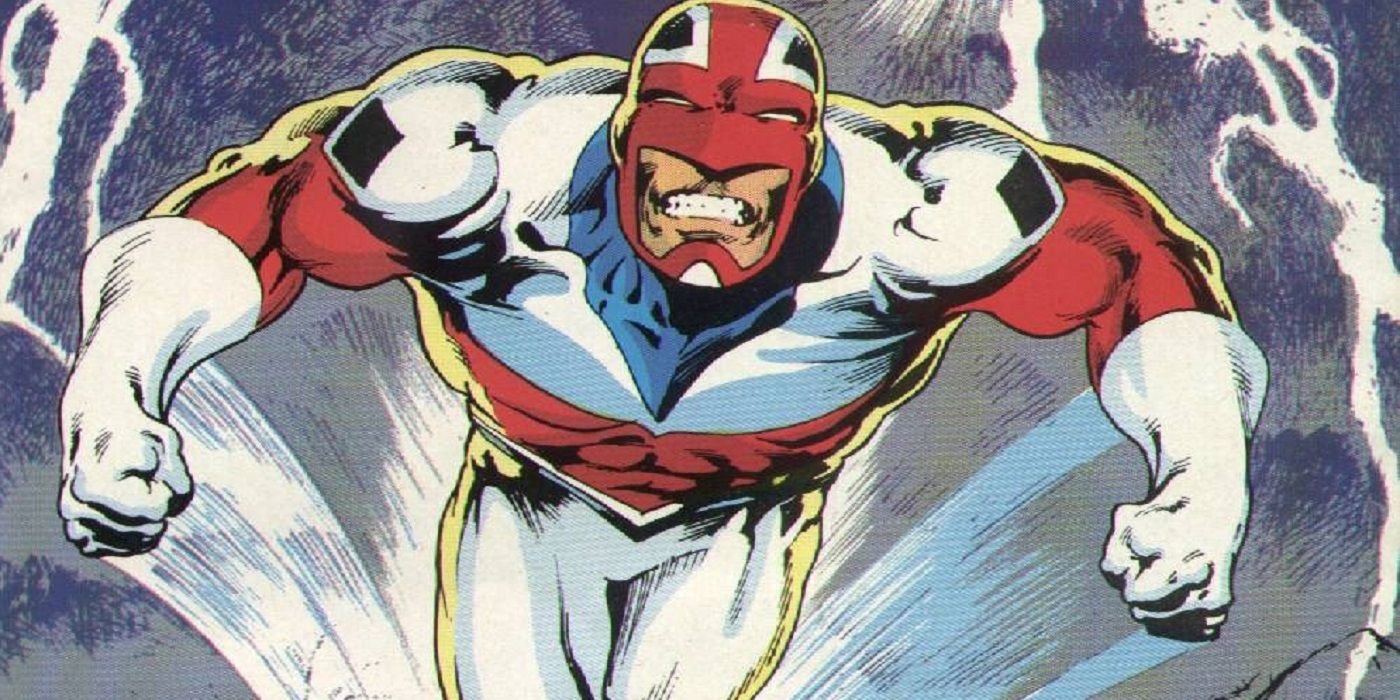 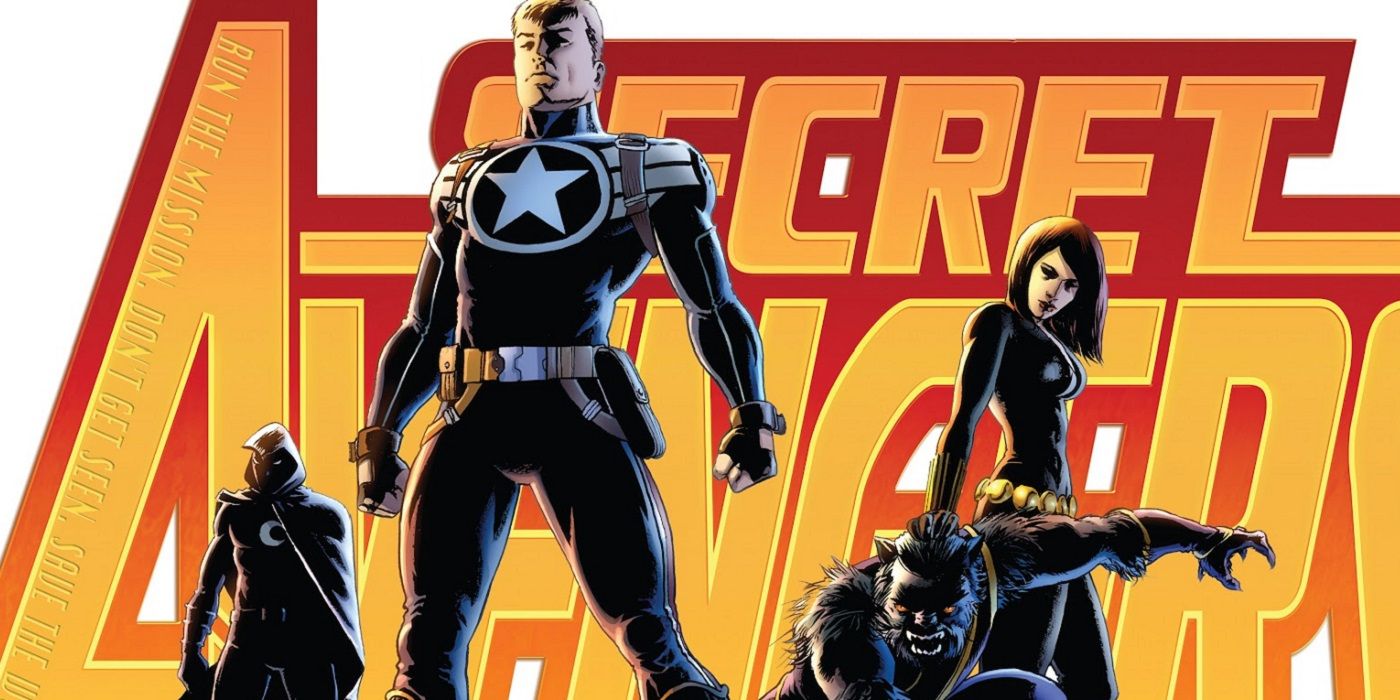 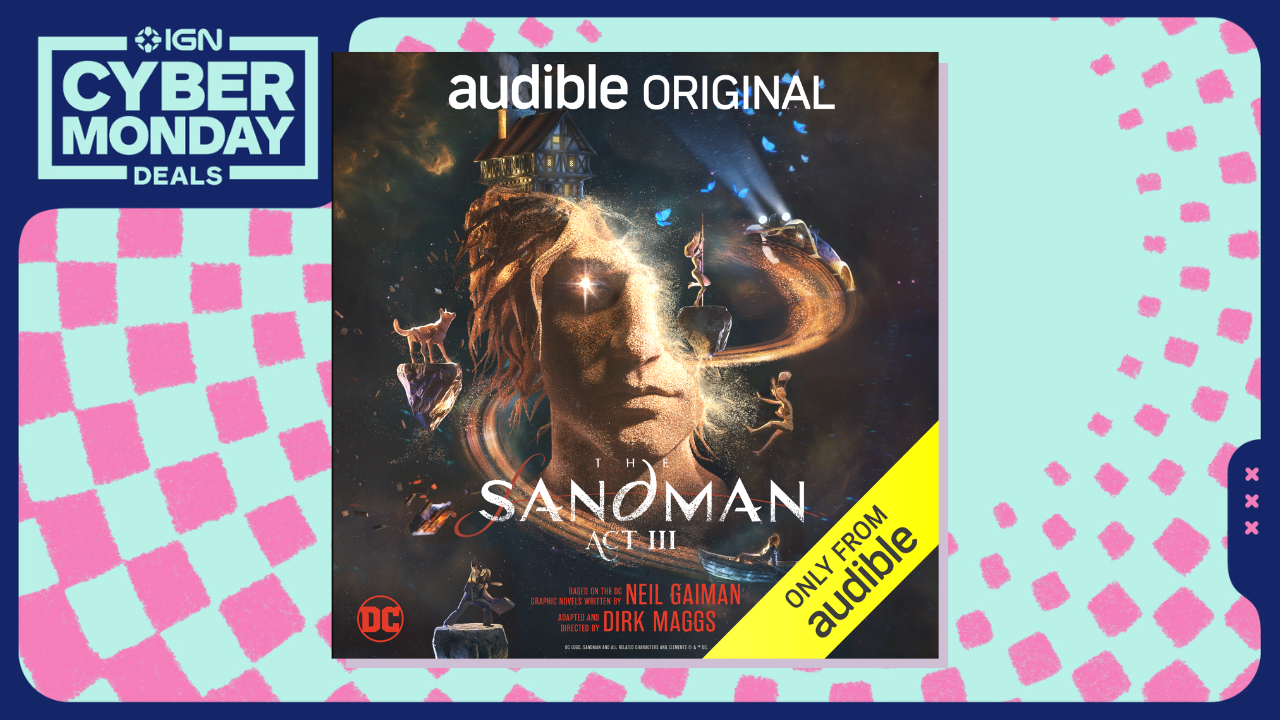 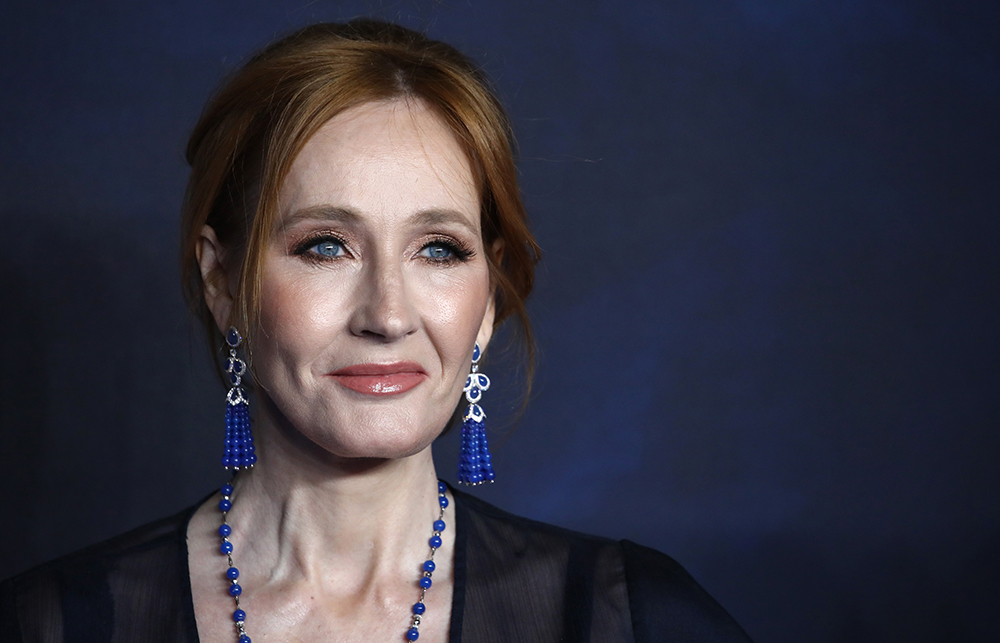 It's time to replace the Society... 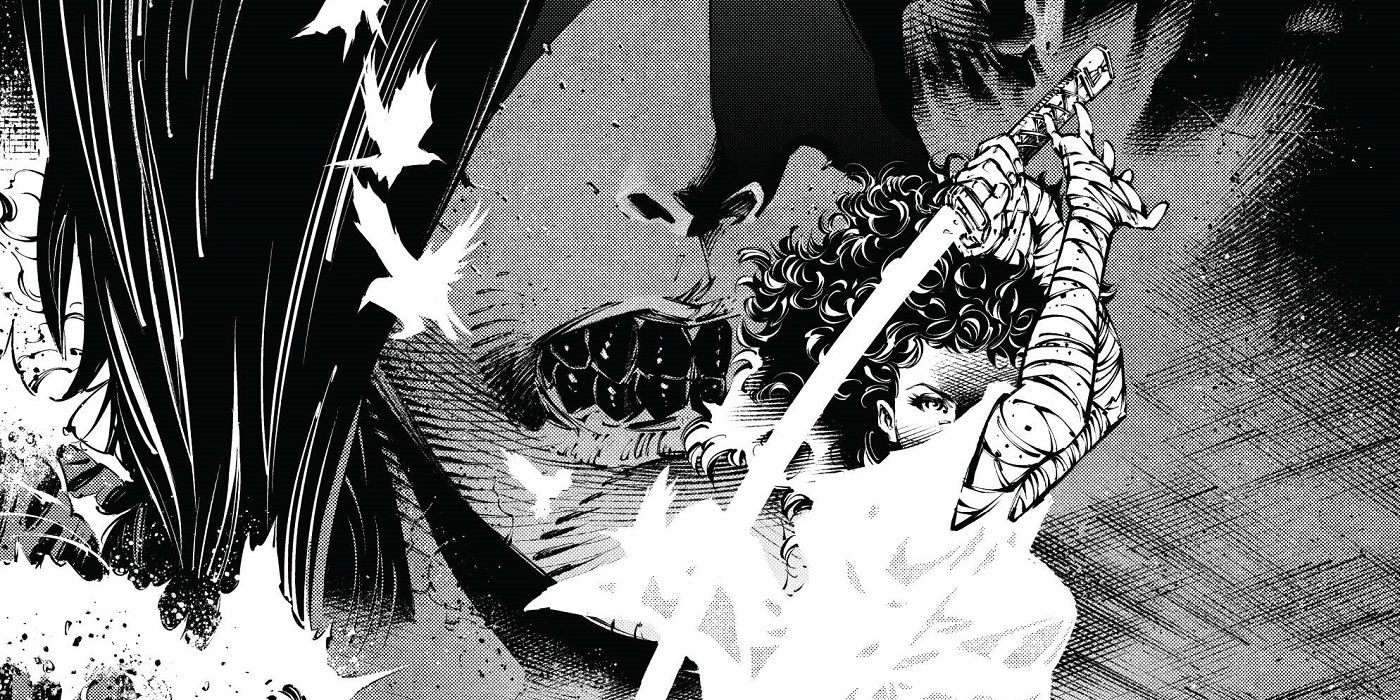