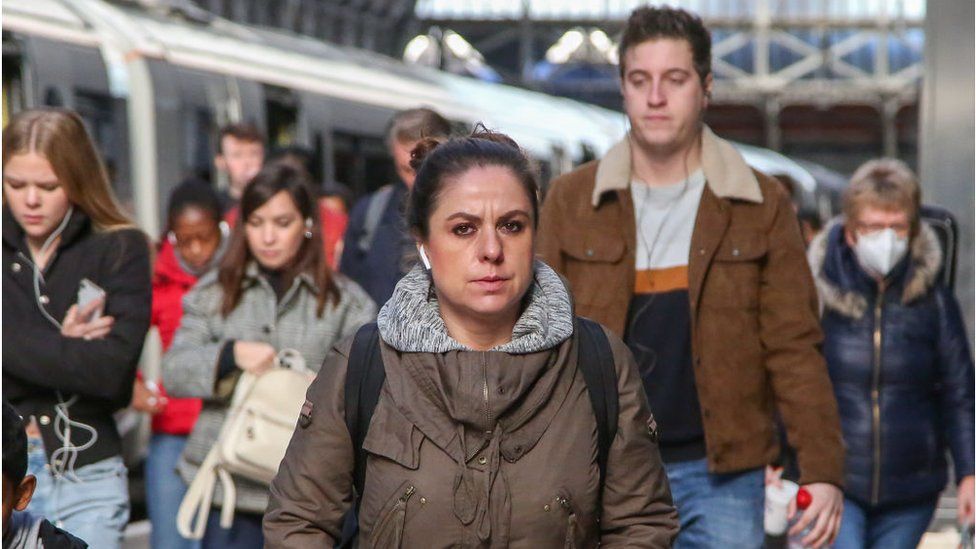 More rail strikes over pay and conditions will take place on 3, 5, and 7 November, the RMT union has announced.

It threatens a week's worth of disruption similar to previous strikes, the BBC understands.

Network Rail said it had a two year, 8% pay increase deal "on the table ready to be put to our staff".

Rail workers at 14 train companies will also strike on 3 and 5 November.

It's thought only 20% of usual services will run, and knock-on disruption is likely the morning after strikes.

Strike action by RMT rail workers is also planned on the London Underground and London Overground on 3 November, in separate disputes.

There have been a series of rail strikes in the UK over the past months, as unions have clashed with Network Rail - which maintains and operates the infrastructure - train firms and the government, over pay and conditions.

Announcing the latest strikes, the union said that Network Rail had performed a "U-turn" on an earlier pay offer and "sought to impose job cuts, more unsocial hours and detrimental changes to rosters".

Network Rail disputes this, and says it actually made an improved offer by extending the guarantee of no compulsory redundancies by a further year to January 2025.

"Unfortunately, the leadership of the RMT seem intent on more damaging strikes rather than giving their members a vote on our offer," Network Rail chief negotiator Tim Shoveller said.

He added that the rail sector had a £2bn hole in its budget "with many fewer passengers using our services".

On Wednesday, Mr Shoveller wrote to the RMT's general secretary Mick Lynch, saying his union had been wrong to accuse the organisation of reneging on its pay offer.

The RMT said its members working for train companies - for example guards - had not been presented with any offer at all on pay, jobs and conditions.

A spokesperson for the Rail Delivery Group, which speaks for train companies, said there was frustration over the decision to take further strike action.

They wrote: "Given their recent call for 'intense negotiations' we had hoped they would give our staff and customers a much-needed break from the disruption and lost pay of the last five months."

The spokesperson added: "Instead of inflicting more unnecessary long-term damage to the industry we all want to see thrive, we ask the RMT to recognise the very real financial challenge the railway faces, and work with us towards a fair deal that both offers a pay rise and includes the long overdue changes we need to make to improve services for our customers."

But the RMT has made it clear it does not currently share that view.

One point of contention is changes to how maintenance teams work. Job losses are involved and the union disagrees with some of the reforms.

Network Rail is now pushing these through, and has said there is an urgent financial need to do so.

But the RMT accuses it of seeking to impose detrimental changes.

When it comes to train companies, even less progress appears to have been made in talks.

The new Transport Secretary has said she thinks a deal can be done with compromise - but so far things don't appear to have moved much in the negotiations between unions and employers.

Or at least, not enough to prevent these fresh strikes being announced.

The RMT has now begun a new ballot which, if members vote in favour, may mean strike action continues into next Spring.

So more misery for passengers could be coming down the track.