As the Russia-Ukraine war enters its 123rd day, we take a look at the main developments. 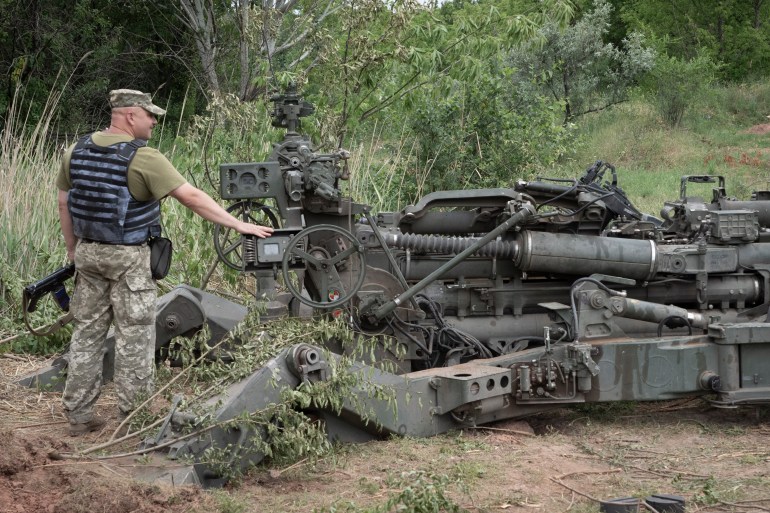 Donetsk and its surrounding areas have been one of the major sites of fighting in the ongoing war in Ukraine. [File: Efrem Lukatsky/AP]

Here are the key events so far on Sunday, June 26.

Explosions have been heard in the Shevchenkivskiy district of the Ukrainian capital Kyiv, Mayor Vitali Klitschko said on the Telegram messaging app, as Russian forces hit a residential complex in the first attacks on the Ukrainian capital in weeks. Ukrainian President Volodymyr Zelenskyy says 45 Russian missiles hit wide areas on Saturday, including the northern, southern and western parts of the country.

Indonesian President Joko Widodo says he will urge his Russian and Ukrainian counterparts to open dialogue during a peace-building mission and ask Russia’s President Vladimir Putin to order an immediate ceasefire. Russia’s missile attack on Kyiv was intended to “intimidate Ukrainians” in the days leading up to a NATO summit, Kyiv Mayor Vitali Klitschko said.

Four G7 powers will ban Russian gold exports in a new bid to stop oligarchs from buying the precious metal to avoid the impact of sanctions against Moscow, Britain said on Sunday. The G7 leaders are in Germany for a summit where they are expected to discuss ways to increase pressure on Putin while attempting to avoid sanctions that could stoke inflation and exacerbate the cost-of-living crisis at home.