As the Russia-Ukraine war enters its 131st day, we take a look at the main developments. 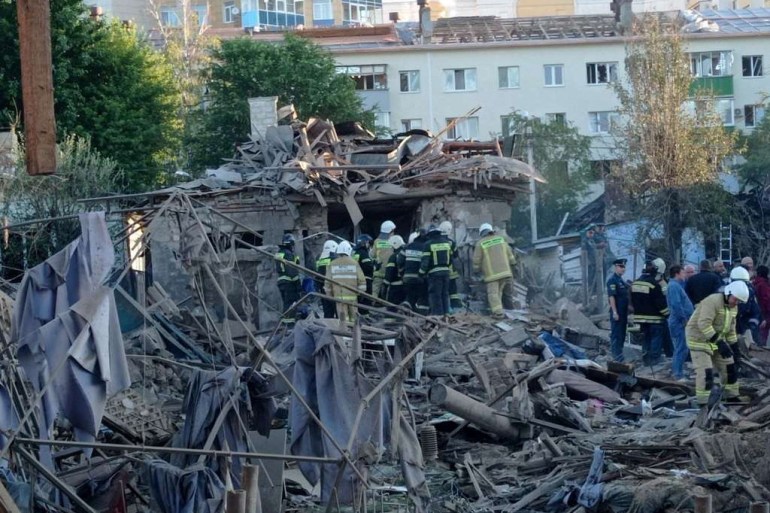 Rescuers work at the site of a destroyed residential building after the blasts in Belgorod, Russia [File: Alexey Stopichev / BelPressa via Reuters]

Here are the key events so far on Monday, July 4.

Ukraine’s President Volodymyr Zelenskyy acknowledged that Ukrainian forces have withdrawn from Lysychansk and pledged to retake lost territory after Russia claimed full control of the eastern Luhansk region. At least six people have been killed and 20 wounded in Sloviansk after the eastern city was hit by Russian shelling from multiple rocket launchers, officials said. Russia has accused Ukraine of firing missiles on the border city of Belgorod. At least three people were killed and dozens of residential buildings were damaged in the attacks. Ukrainian forces hit a Russian military logistics base with at least 30 strikes in the occupied southern city of Melitopol, the city’s exiled mayor said. A Russian-installed official confirmed that raids had hit the city. 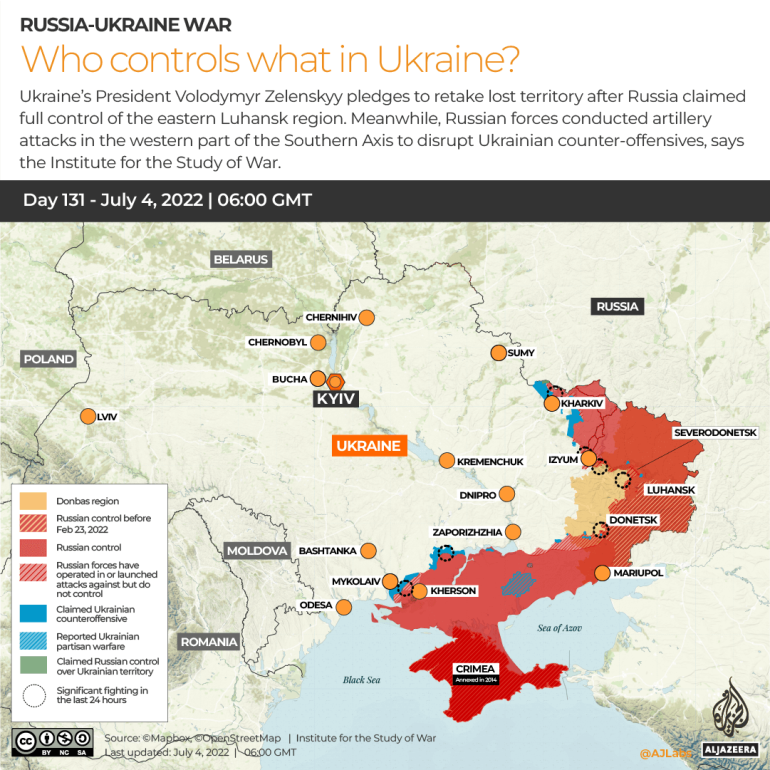 Australian Prime Minister Anthony Albanese has pledged to send Ukraine 14 more armoured personnel carriers and 20 Bushmaster vehicles after visiting Kyiv. The president of Belarus – Vladimir Putin’s closest ally – said on Sunday his ex-Soviet state stood fully behind Russia in its military drive in Ukraine as part of its longstanding commitment to a “union state” with Moscow. Delegations from Ukraine, donor countries and civil society groups are gathering in Lugano, Switzerland for the Ukraine Recovery Conference (URC2022) where discussions will focus on how to rebuild the war-torn country. British foreign secretary Liz Truss said the United Kingdom wants to follow the example of Canada and seize the assets of Russians in the country and redistribute them to victims of Russia’s war in Ukraine, according to the Guardian newspaper.