As the Russia-Ukraine war enters its 239th day, we take a look at the main developments. 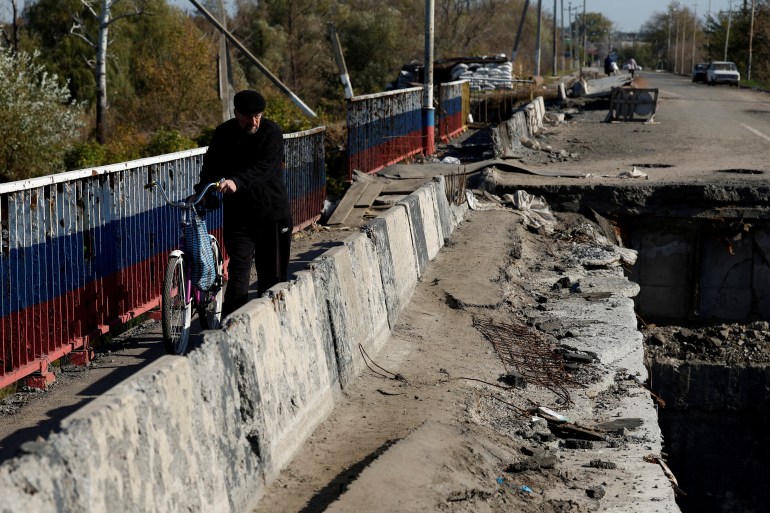 A man pushes his bicycle along the edge of a shelled missing section of bridge in Kupiansk [File: Clodagh Kilcoyne/Reuters]

Here is the situation as it stands on Thursday, October 20.

Russian President Vladimir Putin signed a decree imposing martial law in four “annexed” regions of Ukraine – Donetsk, Luhansk, Zaporizhia and Kherson – and giving additional power to authorities in Russian border regions. The new Russian war commander, Sergei Surovikin, said the situation was “tense” for his forces, especially around Kherson as Russian-installed authorities in the region plan to evacuate about 50,000-60,000 people over the coming days. Ukrainian officials dubbed the evacuation a “propaganda show”. Russia warned the United Nations against investigating its use of drones in Ukraine after the United States, France and the United Kingdom called a closed-door Security Council meeting, amid accusations the weapons came from Iran and were used in violation of UN arms restrictions. A Russian missile attack has hit a major thermal power station in the city of Burshtyn in western Ukraine, local Governor Svitlana Onyshchuk said after the latest in a wave of attacks on critical infrastructure ahead of winter. Ukraine will restrict electricity supplies across the country on Thursday after Russia knocked out more power plants, Kyrylo Tymoshenko, deputy head of President Volodymyr Zelenskyy’s office, said. 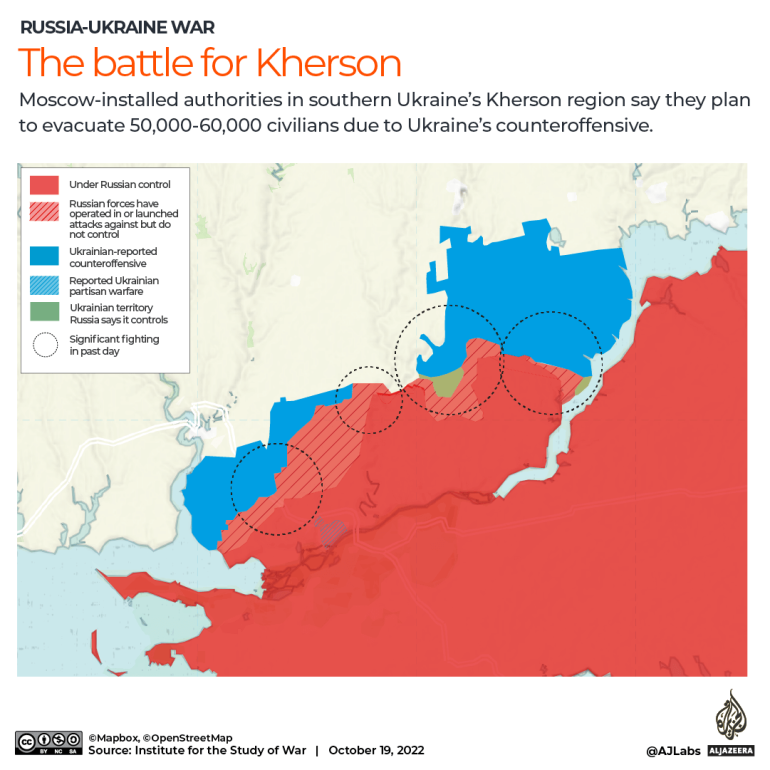 Britain’s Chief of the Defence Staff Tony Radakin urged the international community to remain united against what he called Putin’s “deeply irresponsible” nuclear rhetoric. The European Parliament awarded the people of Ukraine the Sakharov Prize for Freedom of Thought, named after Soviet dissident Andrei Sakharov. Ursula von der Leyen, president of the European Commission, called Russia’s attacks on power stations and other infrastructure in Ukraine “acts of pure terror” that amount to war crimes. 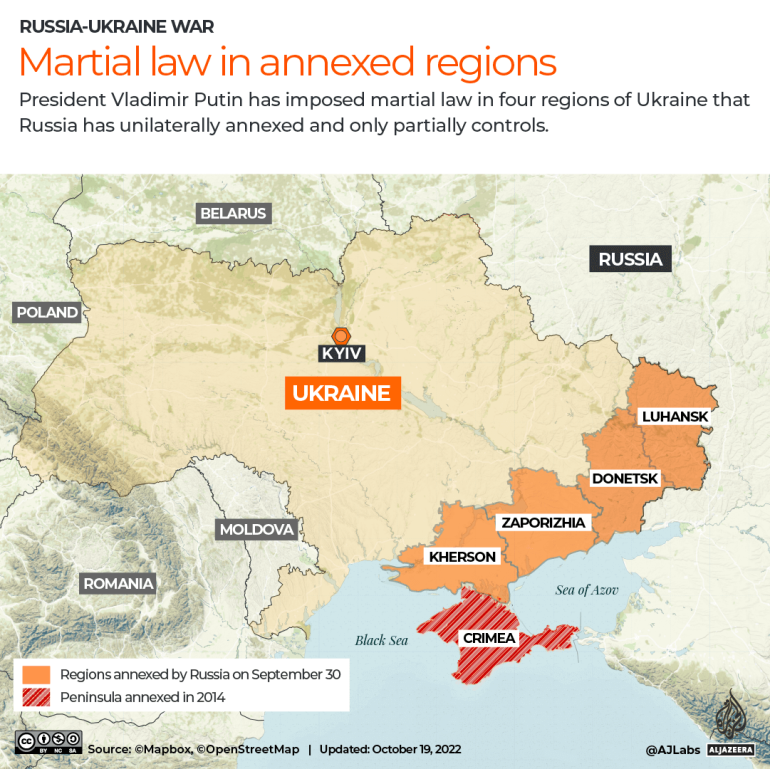 Finance minister Ishaq Dar said Pakistan was considering buying discounted Russian oil after catastrophic floods in recent months cost the country tens of billions of dollars, adding, “If India is buying oil from Russia, we also have a right [to do so].” The US has imposed new sanctions on Russia, targeting a network that Washington accused of procuring military and dual-use technologies from US manufacturers and supplying them to Russian users. European Union governments provisionally agreed to impose sanctions on eight people and entities over the alleged use of Iranian-made drones in Russian attacks on Ukraine, media reports said.