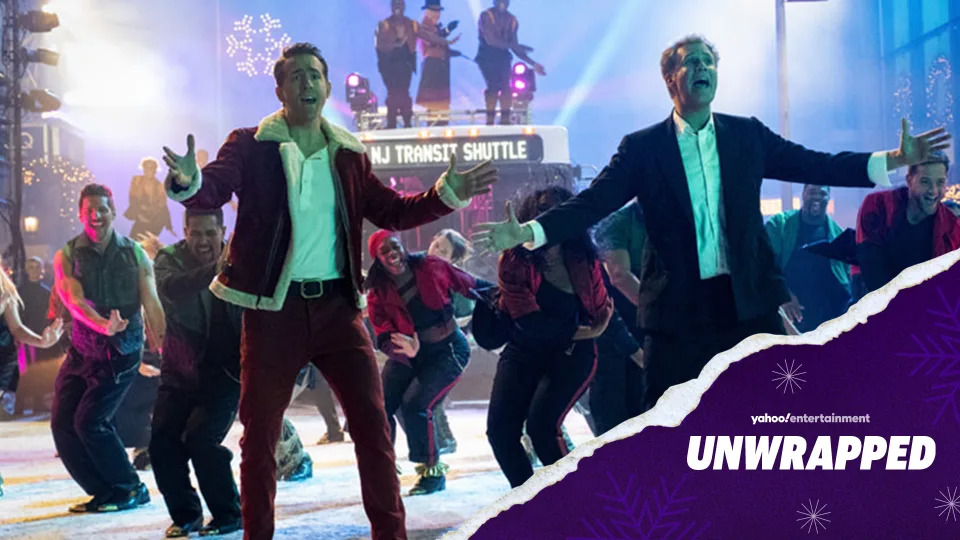 Ryan Reynolds and Will Ferrell in 'Spirited' (Photo: Apple+)

Make no mistake, the new holiday comedy Spirited is a full-on musical. That means its stars, Ryan Reynolds, Will Ferrell and Octavia Spencer — not actors typically associated (or at all experienced) with the genre — are in full-on song-and-dance mode.

And that was terrifying at times for Reynolds, the 46-year-old Deadpool actor and father of three daughters.

“It was super-exciting to take on something that was obscenely challenging and scary,” Reynolds tells Yahoo Entertainment. “And I don’t think I would’ve done this 10 or 15 years ago, or even five years ago, necessarily. I think I’m at a place in my life where I’m much more lenient with myself at not being great at something right away. It’s very hard to get even adequate at something unless you’re willing to be terrible at it first.

“That’s something I always tell my kids: Never waste your mistakes because your mistakes are what kind of teach you how to be better at something. So yeah, I was kind of in a place in my life I was willing to go into a situation where I just felt completely out of my depth almost in every regard. I mean, you give me a fight sequence and I will learn that backwards and forwards in almost record time. But a dance number is just such a completely different animal and beast. And I was excited to try something that was somewhat terrifying and out of my league.”

The latest film adaptation of Charles Dickens’s seminal 1843 novella A Christmas Carol stars Reynolds as Clint Briggs, a manipulative public relations shark whose status as “unredeemable” does nothing but excite Ferrell’s challenge-loving Ghost of Christmas Present. Briggs, however, manages to turn the tables on Present, forcing the ghost to examine his own existence in the afterlife in the Sean Anders-directed film, which features original music from La La Land and The Greatest Showman hitmakers Benj Pasek and Justin Paul.

Speaking of The Greatest Showman, Reynolds denies Spirited is his attempt to try to keep up with the Music Man himself, longtime friend/fake foe Hugh Jackman, whom Reynolds recently enlisted in Deadpool 3 to much fanfare.

“Not even remotely,” Reynolds laughs. “Singing and dancing is in that man’s DNA. It is not in mine.”

Reynolds says he was comforted by his partnership with Ferrell, though, as both dove into a new genre together. (While the pair both briefly appeared in the 1999 comedy Dick, Spirited marks their first time sharing the screen together.)

“He and I got to do this together in a way that we both had never stepped into a full-on musical before,” Reynolds says. “We both had elements in movies where we’d maybe sing for a second or do something like that, but not a musical. So for both of us, we were a little out of our depth. So I had a comrade in that process. I had somebody by my side who I could commiserate [with] together.” 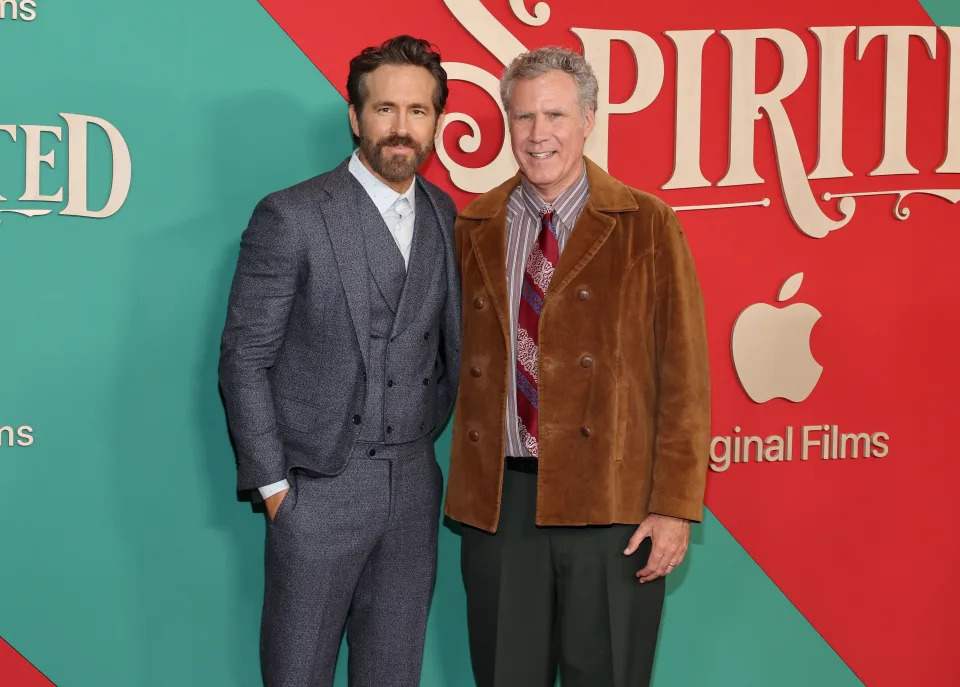 Maybe it helped that Ferrell already had a bona fide contemporary Christmas classic under his belt with 2003’s Elf. Maybe it didn’t.

“Those are some big shoes to jump into,” Reynolds says. “That’s a movie that my kids and my entire family watch every Christmas.”

Elf is a stone-cold reminder that ultimately it seems like there are only two types of Christmas movies. Those that become classics, to be watched or streamed every holiday season by the masses. Or those that are simply forgotten.

“You don’t know,” says Reynolds. “I mean, no one knows. What’s funny is I think you can’t really judge a great movie or something that people come back to until years later. There’s movies that we all know and love and are obsessed with that at the time didn’t necessarily work. I mean, you can go as far back as The Wizard of Oz to think about that. You can go as far back as It’s a Wonderful Life. Movies that didn’t land theatrically or didn’t kind of puncture the zeitgeist in a way that people maybe wanted to, but then stood the test of time over and over again.

Reynolds is also certain that, despite the “obscenely challenging and scary” experience of channeling his inner Fred Astaire (or Hugh Jackman) in a musical for the first time, ultimately he really, really enjoyed it.

“I don’t pretend to be the best at it on Earth, but God did I love singing and dancing,” Reynolds says. “I just loved every second of it. It was genuinely so much fun, especially when it was going right. It was a feeling like no other.”

Spirited is now playing in select theaters and will stream globally on Apple+ starting Nov. 18.