The pandemic created a perfect storm of problems for the airline industry.

Air travel effectively ground to a halt because nobody needed to go anywhere. Schedules were slashed and the flights that actually took off were flying much less than full.

The problem sent the industry into self-preservation mode. Most airlines took billions in federal aid while they figured out how to cut costs without violating the terms of those bailouts.

That in turn presented a lot of challenges for Southwest Airlines (LUV) , a company that had never laid off staff in its 50 years of existence. The pandemic made its workforce excessive, but the airline's leadership has shown that it understands that replacing employees is not a simple procedure.

Now, Southwest did not lay people off during the pandemic, but it did lose about a quarter of its workforce, partly because it offered early-retirement incentives.

That employee-friendly move preserved the company's longstanding traditions, but it still left the airline with a staffing problem as normal passenger volumes have started to return. It's a challenge that the airline has been working on solving. 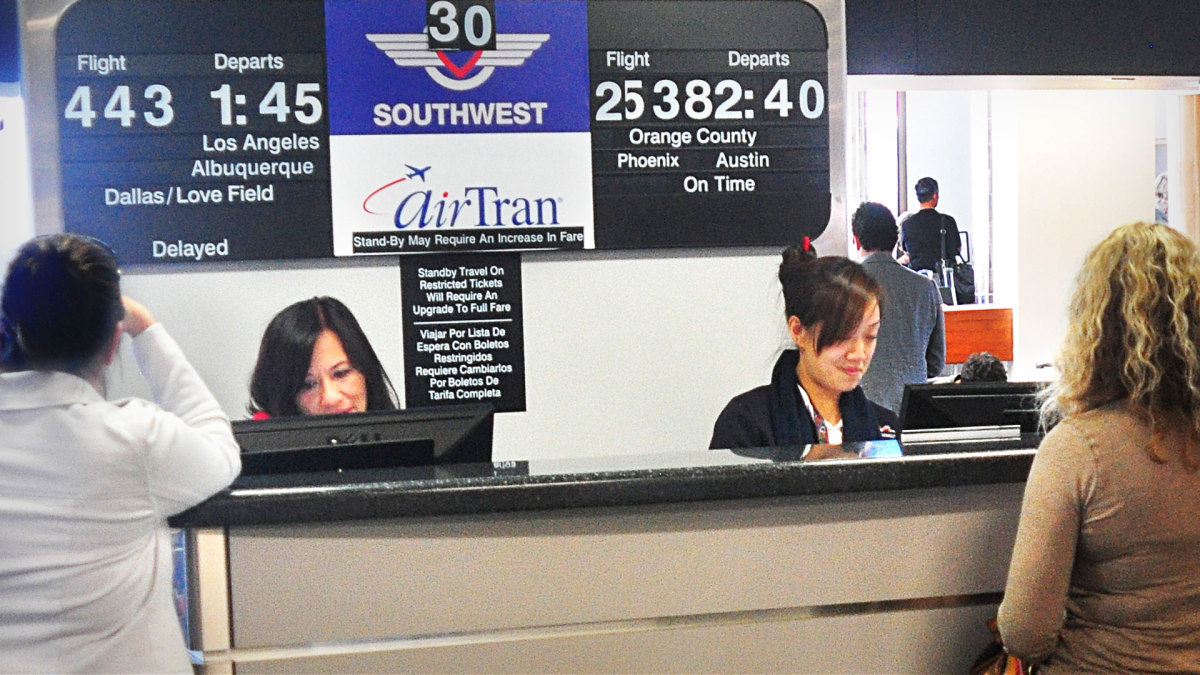 Broadly, the industry in 2022 has been plagued by cancellations and delays. Southwest has not been immune to these problems and staffing issues have played a role.

Executive Vice President Bob Jordan addressed those issues during the airline's third-quarter-earnings call. He noted that the environment has stabilized, making it easier for the company to plan.

"While not fully recovered yet, it makes a big difference in our ability to more effectively plan, set our flight schedules and avoid revising them and deliver a more reliable operation both for our customers and our employees," he said.

"That's exactly what we're doing in the second half of 2022, and that's what we plan to do going forward. Given the significant progress we've made thus far, we do not intend to republish or materially change our future flight schedules as was necessary to do during most of the pandemic."

Seeing demand stabilize helps the airline plan, but building back capacity is a trickier problem.

"Demand trends, both volumes, and yields, are robust," he said. "We want to get properly staffed, and that's going very well. We remain on track with adding over 10,000 new employees this year, net of attrition, and we are getting much better staffed in key areas with the exception of pilots, where our aggressive hiring efforts continue."

Southwest Is Building Back Its Workforce

Southwest has to hire pilots in a competitive market where not enough qualified candidates are available. The company has been successful in those efforts, according to Jordan.

"We are on track to hire 1,200 pilots this year and 2,100 pilots next year as planned," he said. "We wanted to restore our operational reliability, and we are headed in the right direction, having made a lot of solid progress."

The airline has also been willing to make short-term sacrifices to meet its longer-term needs.

"As we shared previously, we restored some of our short-haul flying in the third quarter, which was a little early and at the expense of revenue, now knowing where business demand has ended up. But the goal was to help the operation, and I believe we got the desired results in the third quarter," Jordan added.

Now, the challenge is being ready to handle the busy holiday season. That's something Jordan believes will happen.

"Going forward, we believe we have capacity better matched seasonally to demand in the fourth quarter, and you can see the benefit in our sequential revenue improvement from 3Q to 4Q based on our guidance," he said,

Jordan also said that one major passenger pain point has been improving.

"Our on-time performance this month has been very strong, with high completion rates," he added.

"And the thanks, of course, goes to our people, who have thoughtfully restored our customer-service advantage this year, another one of our top priorities. For January through August, the most recent data available, we remain No. 1 in customer service for the [Department of Transportation's] ranking for marketing carriers."