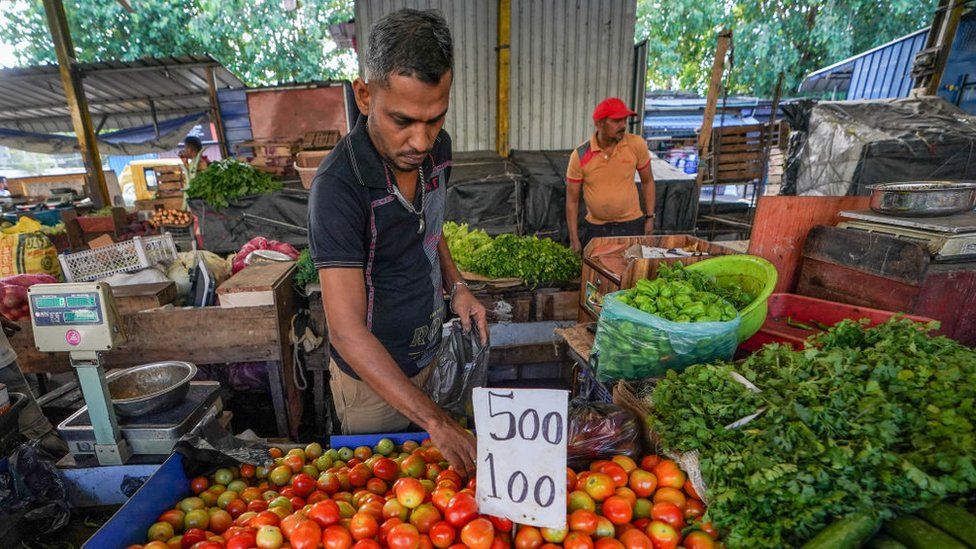 Sri Lanka's annual inflation rate surged to more than 70% in August as it struggles with its worst economic crisis in over seven decades.

Official data also showed food prices rose by 84.6% compared to a year ago.

The South Asian nation of 22m people was plunged into financial and political chaos this year as it faced a shortage of foreign currencies.

The country has been unable to afford key imports - including fuel, fertiliser and medicine.

Last month, the Central Bank of Sri Lanka said it expected inflation to ease, as the country's economy slowed, after peaking at about 70%.

Official figures released last week showed that the economy had contracted by 8.4% in the three months to the end of August.

Before the pandemic, Sri Lanka was heavily reliant on tourism for foreign currencies, including the US dollar.

However, border closures aimed to slow the spread of Covid-19 kept tourists away and took a major toll on the country's economy.

That, along with years of financial mismanagement, led to Sri Lanka defaulting on its debts earlier this year.

That came as hundreds of thousands of people took the streets, in protests that often turned violent, over a sharp increase in food and fuel prices.

Earlier this month, Sri Lanka reached a preliminary deal with the International Monetary Fund for a $2.9bn (£2.6bn) loan. However, the agreement hinges on the country also receiving funds from private creditors.

On Tuesday, India said it had started talks with Sri Lanka on restructuring its debt and said it would also offer long-term investments. India previously provided almost $4bn in financial aid to its smaller neighbour.

India also deferred payment on Sri Lankan imports of about $1.2bn and offered a credit line of $55m for fertiliser imports.

Sri Lankan government officials are due to meet creditors on Friday, to discuss the extent of the country's economic problems and a proposal to restructure its debts.

PM Ranil Wickramasinghe: "There won't be a hunger crisis"