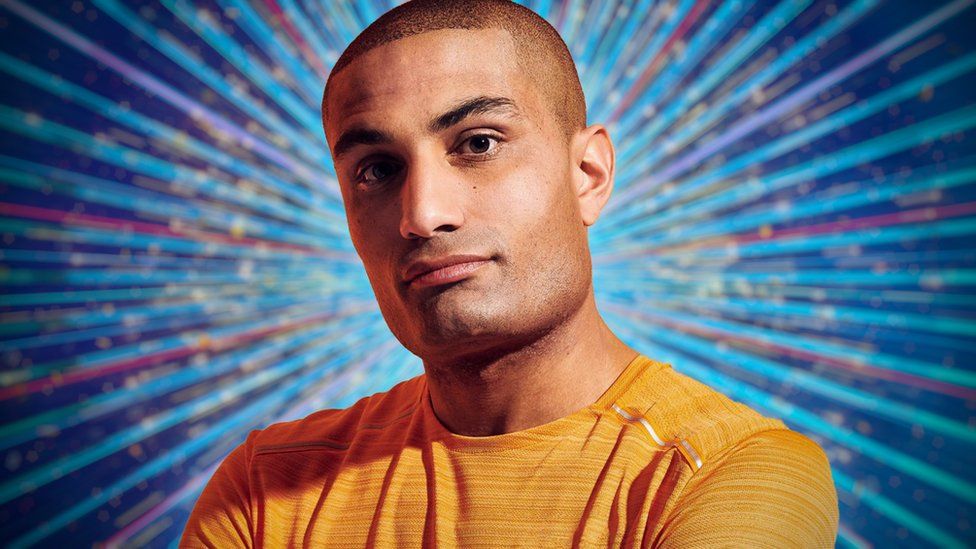 Anderson, who reads the travel on Radio 2, described Strictly as the "ultimate feel-good show"

BBC radio and TV presenter Richie Anderson has been announced as the third contestant to be taking part in this year's Strictly Come Dancing.

He joins TV actors Kym Marsh and Will Mellor, who were announced as contestants on Thursday.

The presenter said it was a "dream come true", adding that he "cannot wait to get in those sparkles and sequins".

The dancing competition is set to return to BBC One in September.

Anderson reads the travel on several shows across BBC Radio 2, and has previously helped cover the Eurovision Song Contest and The Queen's Platinum Jubilee celebrations for the station. He also covers stories for The One Show.

"Strictly is the ultimate feel-good show, as soon as I hear that iconic theme tune it's just pure escapism," Anderson said.

"I'm going to have to cancel my legendary Strictly launch night kitchen party that I throw every year," he added, joking: "I'm sure my friends and family will understand."

Anderson will become the third celebrity contestant to compete as part of a same-sex couple, following Nicola Adams and John Whaite.

He told Zoe Ball on Friday morning's show: "I remember watching Nicola Adams do it a couple years ago and John Whaithe last year, and I remember just thinking - me growing up when I was coming to terms with what I am or what I'm not - it would have been amazing for me to see something like John and Johannes and Nicola and Katya on such a big show."

Craig Revel Horwood, Motsi Mabuse and head judge Shirley Ballas will all return to the Strictly judging panel this year.

They will be joined once again by Anton Du Beke, who has now permanently taken over from Bruno Tonioli.

More contestants will be announced in the coming days. The celebrities confirmed to take part so far include:

Actress and TV presenter Marsh currently hosts BBC One's Morning Live and has appeared in Coronation Street and The Syndicate.

"I'm nervous but I'm really looking forward to it," she told BBC Breakfast on Thursday.

In the early noughties, Marsh was a member of pop group Hear'Say, who were created on talent show Popstars.

"It's been a long time since I've been on stage, performing in that kind of way, so it's going to be really tricky, but I'm up for the challenge," she said about joining Strictly.

Asked how she would deal with criticism from the judges, she joked: "Listen, I was judged by Nasty Nigel in Popstars, he was the villain back in the day, so I think I'll be fine with it.

Watch: "Excited is one word for it, terrified is another" - Mellor on being in Strictly line-up

Mellor is known for appearing in Hollyoaks, Coronation Street, Casualty and Two Pints of Lager and a Packet of Crisps.

The actor said he was "honestly so chuffed to be taking part" in Strictly Come Dancing.

"It's getting a bit frightening now," Mellor told BBC Breakfast about taking part in the show.

Asked if he could dance well, he replied: "It depends what you call well. I dance in the kitchen or at parties like anybody does, but nothing at all like I'm doing here, I'm way out of my comfort zone."

He explained: "My mindset completely changed a while back, and I just thought, I've got to start doing things that frighten me.

"I lost my dad in 2020 and from then I just thought, I've just got to grab life. I've got to create new memories."

Mellor reached number five in the UK singles chart with When I Need You in 1998.

He recently toured the UK with a live version of the popular podcast he co-hosts with Ralf Little, Two Pints with Will and Ralf.