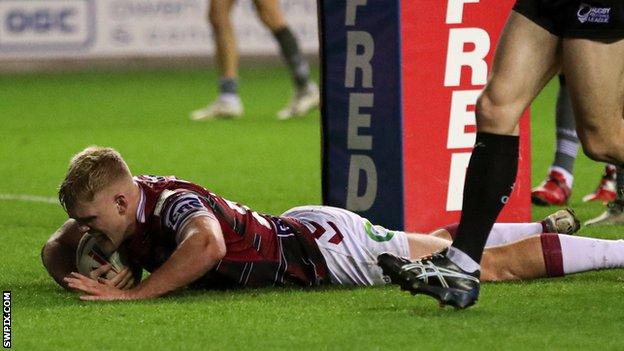 Wigan Warriors will play Leeds in the first round of the Super League play-offs with victory over leaders Catalans Dragons in the regular season closer.

Willie Isa scored the only try of the first half to put the Cherry and Whites in front at the DW Stadium.

Mathieu Laguerre added a second Dragons try but again James Maloney missed from the tee as the Dragons fell short.

The visitors suffered a more telling blow losing Sam Tomkins to injury during the first half of the match.

Meanwhile, the Catalans will have a week off to prepare for their semi-final in which they are 80 minutes from a first Grand Final.