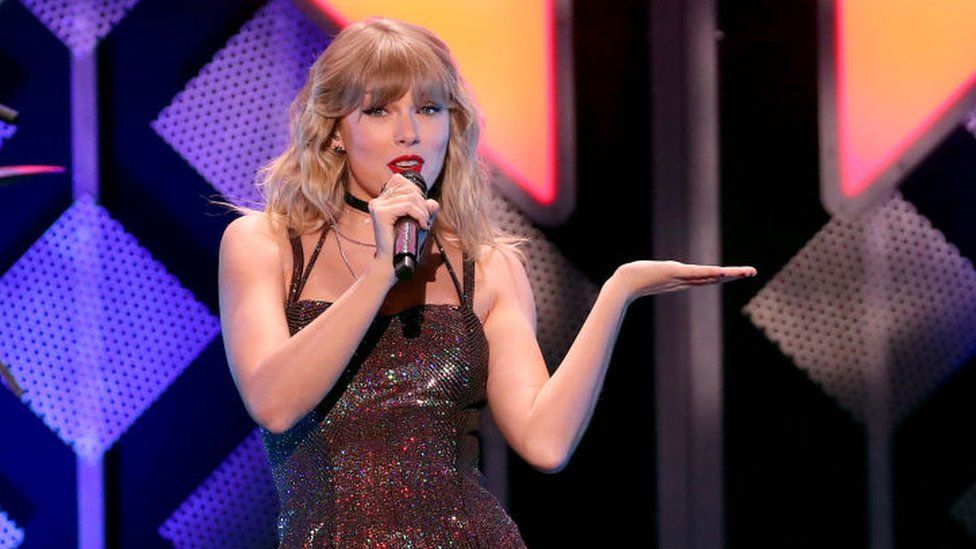 Tickets for Taylor Swift's next US concert tour have not even gone on sale to the general public yet, but sales have already set a record, even as bot attacks and other barriers preventing buying left millions of other fans disappointed and struggling to shake it off.

"I got so close three or four times and the website broke. It was agonising," said mum Nancy Abulmagd, who spent hours on Tuesday in a virtual queue, behind thousands of other people, trying to score seats for her 11-year-old daughter and friends, only to have the website crash repeatedly and eventually turn her away, empty-handed.

"The experience was really deflating. It messed with your emotions and sucked up your whole day," the 41-year-old, who lives in New Jersey, said.

Ticketmaster, the company selling the tickets, has blamed the problems on a "staggering number of bot attacks" that overwhelmed its website as well as "historically unprecedented demand" for the singer, who first burst on the scene in 2006 and has supplied a steady stream of hits ever since.

Her latest album, Midnights, has topped charts around the world.

The company said more than 3.5 million Swifties, as her followers are known, registered in advance as "verified fans" in hopes of getting tickets for her 52-city US tour in the pre-sale. Unlike Nancy, most - two million - were placed on the waitlist.

Despite issues during the pre-sale that Ticketmaster estimated affected about 15% of interactions across the site, the company said it still sold more than 2 million tickets on 15 Nov - the most ever for an artist in a single day.

"While it's impossible for everyone to get tickets to these shows, we know we can do more to improve the experience and that's what we're focused on," the company said.

Ticketmaster says the pre-sale system is intended to help prevent ticket touts - known as scalpers in the US - and bots from scooping up seats.

But the glitches in the process - resale sites are already offering tickets for as much as $28,000 - have reignited anger at the firm, which has long faced complaints that it abuses its power over the industry.

In an episode of his HBO show Last Week Tonight earlier this year, British comedian John Oliver described Ticketmaster as "one of the most hated companies on earth" - blaming it for the high prices, exorbitant fees and scarce availability that confront those hoping to attend concerts and other events.

"You're kind of at their mercy," said Nancy, adding that the company could have better organised the sales given that such high demand for Taylor Swift tickets was foreseeable.

Pearl Jam aired concerns about Ticketmaster's role as the major ticket seller back in the 1990s.

The company's power has only grown since then. In 2010, it purchased Live Nation, which runs many of the country's event venues and has an artist management business.

US Democratic lawmakers, who have called for that merger to be reversed, chimed in again amid the chaos of the Taylor Swift pre-sale.

"Ticketmaster's excessive wait times and fees are completely unacceptable, as seen with today's @taylorswift13 tickets, and are a symptom of a larger problem," wrote congressman David Cicilline, who oversees the House committee on competition and anti-trust. "It's no secret that Live Nation-Ticketmaster is an unchecked monopoly."

.@Ticketmaster's excessive wait times and fees are completely unacceptable, as seen with today's @taylorswift13 tickets, and are a symptom of a larger problem.

It’s no secret that Live Nation-Ticketmaster is an unchecked monopoly.

"Daily reminder that Ticketmaster is a monopoly, its merger with LiveNation should never have been approved, and they need to be reigned [sic] in," wrote left-wing congresswoman Alexandria Ocasio-Cortez. "Break them up."

Daily reminder that Ticketmaster is a monopoly, it’s merger with LiveNation should never have been approved, and they need to be reigned in.

The Department of Justice did not respond to a request for comment on the Taylor Swift affair on Wednesday.

Ticketmaster is already subject to government monitoring, oversight that was imposed when the LiveNation purchase was approved.

The oversight was extended a few years ago after regulators found the firm had violated the terms of the agreement.

And last month, US President Joe Biden - who has expressed concern that monopolies have become more common across the economy - said his administration would look into fees on concert tickets.

Krista Brown, senior policy analyst at the American Economic Liberties Project, is part of a coalition of artists and others who launched a campaign last month calling on the government to break up Ticketmaster.

She said she was hopeful that the outrage from Taylor Swift's massive fan base would raise pressure on the administration to act.

"If there was healthy competition in this space, [these problems] just wouldn't be present and customers or fans would have other services to turn to," she said. "You probably wouldn't have sites crashing... When you have one supplier this is what happens."

But whether that will be any consolation to fans hoping for a glimpse of Taylor Swift in concert is another question.

Before the general public can try again, the company opened purchases up to people who carry credit cards from the sponsor of the Taylor Swift tour, Capital One.

Ticketmaster did not respond to a request for comment from the BBC, asking how many tickets were expected to be available on Friday when they go on sale to everyone.

Swift, who has added 25 shows to her tour in response to the huge demand and has sometimes picked fights with corporate behemoths, has so far been quiet on the matter.

As for Nancy, she said she plans to try again as part of the general public on Friday. But she's not holding out much hope.