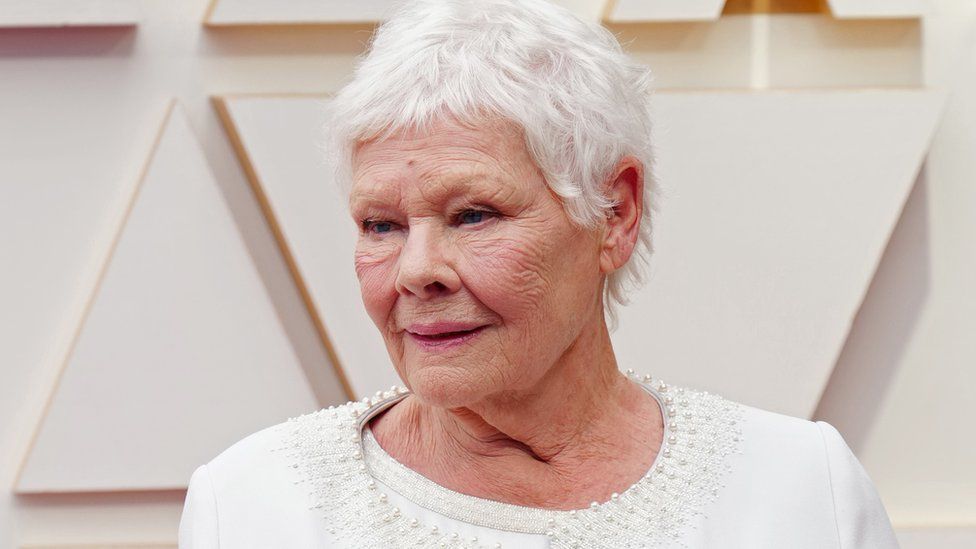 Dame Judi Dench is the latest high-profile figure to call for a disclaimer to be added to The Crown to make clear the series is not necessarily true.

The actress said Netflix "seems willing to blur the lines between historical accuracy and crude sensationalism".

Dame Judi said there was a risk that "a significant number of viewers" would take its events as historical truth.

Netflix has defended the royal series, previously saying it is "presented as a drama based on historical events".

The Oscar-winning star's comments, in a letter to The Times, follow concerns by former prime minister Sir John Major about the content of The Crown's fifth series, which will depict the Royal Family in the 1990s.

Sir John said a scene that is said to include a conversation between him and Prince Charles, as he was then, about the Queen abdicating, was "a barrel-load of malicious nonsense".

Dominic West and Elizabeth Debicki will play Prince Charles, as he was then, and Princess Diana in series five

In her letter, Dame Judi wrote: "Sir John Major is not alone in his concerns that the latest series of The Crown will present an inaccurate and hurtful account of history.

"Indeed, the closer the drama comes to our present times, the more freely it seems willing to blur the lines between historical accuracy and crude sensationalism.

"While many will recognise The Crown for the brilliant but fictionalised account of events that it is, I fear that a significant number of viewers, particularly overseas, may take its version of history as being wholly true."

Dame Judi said the suggestions expected to be made in the new series were "cruelly unjust to the individuals and damaging to the institution they represent", especially coming so soon after the death of the Queen.

She continued: "No-one is a greater believer in artistic freedom than I, but this cannot go unchallenged.

"Despite this week stating publicly that The Crown has always been a 'fictionalised drama', the programme-makers have resisted all calls for them to carry a disclaimer at the start of each episode.

"The time has come for Netflix to reconsider - for the sake of a family and a nation so recently bereaved, as a mark of respect to a sovereign who served her people so dutifully for 70 years, and to preserve its reputation in the eyes of its British subscribers."

Earlier this week, Sir John Major described a plot depicted in The Crown as "a barrel-load of malicious nonsense"

For the forthcoming series of the lavish regal drama, Dominic West will star as Charles, while Elizabeth Debicki will play Diana and Imelda Staunton the Queen.

A Netflix spokeswoman previously said: "The Crown has always been presented as a drama based on historical events.

"Series five is a fictional dramatisation, imagining what could have happened behind closed doors during a significant decade for the royal family - one that has already been scrutinised and well-documented by journalists, biographers and historians."

The programme's creator, Peter Morgan, also defended the forthcoming series in an interview with US publication Entertainment Weekly, published this week.

"I think we must all accept that the 1990s was a difficult time for the royal family, and King Charles will almost certainly have some painful memories of that period," he said.

"But that doesn't mean that, with the benefit of hindsight, history will be unkind to him, or the monarchy. The show certainly isn't."

The debate about a possible disclaimer comes around frequently. When the last series was released in 2020, then culture secretary Oliver Dowden said younger viewers "may mistake fiction for fact".

The new series of The Crown will launch on 9 November.