Fatehgarh Sahib, India – On the morning of November 10, the tall body of Gurpreet Singh was found hanging from a tree at Singhu outside Indian capital New Delhi, where thousands of farmers have been camping for more than a year to protest against a set of farm laws passed by the government.

Gurpreet, a 45-year-old landless farmer, left no suicide note, but the word “zimmedar” (responsible) was found engraved on his lifeless left hand.

Gurpreet had returned to the protest site only two days ago from Roorkee, his village in Punjab state’s Fatehgarh Sahib district where he had rented 1 acre (0.4 hectares) of land.

In his last days, he had told his fellow protesters that he was torn between his time in the village and the protest site, 250km (155 miles) away. Barely able to manage a living, he was upset over the impasse.

“No one thought he would take that extreme step,” said Lovepreet Singh, his 20-year-old son, who received a photo of his father’s body on WhatsApp that morning.

“It crushed me. I could not believe my eyes.” 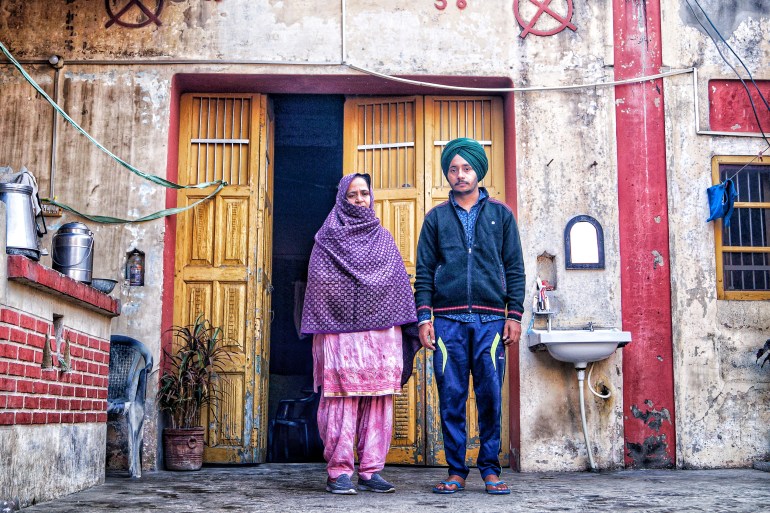 Gurpreet killed himself only 10 days before Prime Minister Narendra Modi, in a surprise U-turn, announced the controversial farm laws will be repealed. On Monday, India’s Parliament passed a bill to cancel the three laws passed by Modi’s government in September last year.

The government claimed the laws would enable farmers to market their produce and boost production through private investment.

But the farmers – mainly in the “grain bowl” states of Punjab, Haryana and Uttar Pradesh – rejected the laws, saying they would lead to a corporate takeover of the agriculture sector and deny them a minimum support price (MSP) for their produce guaranteed by the government.

To press for their demands, thousands of farmers began a march to New Delhi in November last year. When stopped from entering the capital, they decided to camp at three sites around the city, where they still remain despite the repeal of the farm laws. They now want the government to pass a law guaranteeing MSP and address other issues faced by them.

In the yearlong protest, Gurpreet’s death was not isolated. He was the ninth farmer to die by suicide, according to data compiled by Samyukt Kisan Morcha (United Farmers Front or SKM), the farmers’ body spearheading the stir, which also says nearly 700 farmers have died in the stir as they weathered bone-chilling cold, record rains, smog and heat.

But Modi’s government claims there is no record of the farmers’ deaths, leading to anger and demands of compensation to the families of the deceased, who the farmers call “shaheed” (martyrs). The SKM is also demanding land to be allotted for the construction of a martyrs’ memorial at Singhu.

But Gurpreet’s family has mixed opinions on the matter. “I wish he had waited for just a few days before taking this step,” his 40-year-old widow Mandeep Kaur told Al Jazeera.

“Everyone calls my husband a martyr but what about us? What will we do without him?” 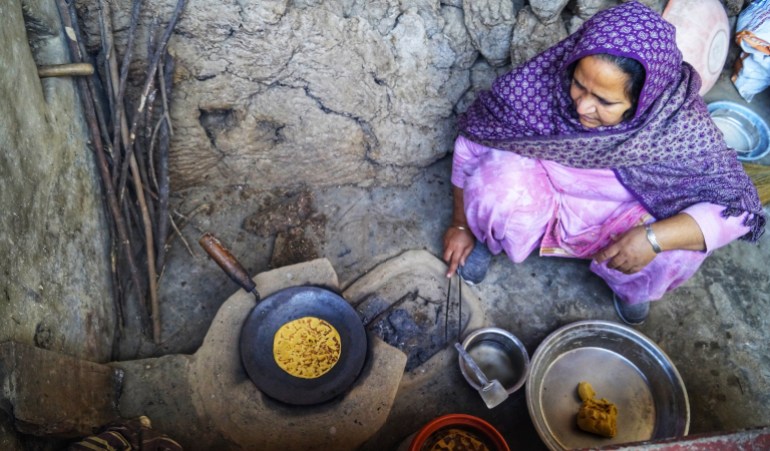 Gurpreet’s family says he started dodging calls from them and started staying aloof after he rejoined the protest in early November.

“A day before his death, around noon, he switched off his phone after talking to us. The next day, we got a call from his phone and a farmer leader informed us he was no more,” Mandeep told Al Jazeera.

Karnail Singh, a 75-year-old landless farmer from Sherpur village in Punjab, died in December last year after falling sick at Tikri, one of the three main protest sites outside New Delhi.

A month later, 45-year-old Nirmal Singh, also a landless farmer from Punjab’s Dhaula village, died by suicide at the same site. He is survived by his wife and two children.

In March, Sukhpal Singh, 40, another landless farmer from Baalianwali village in Punjab, died of food poisoning during the protests. His family now has more than $6,700 of debt to repay.

Contrary to government claims that mostly “big farmers” are behind the farmers’ protest, a study by Punjabi University, Patiala found that almost all the farmers who died during the movement were either landless or small farmers who owned less than 3 acres (1.2 hectares) of land.

The deceased farmers were small or landless farmers who constitute the lowest rung of India’s farming community. Their deaths mean destitute families, many of them now in debt.

Gurpreet’s son says they used to own 4 acres (1.6 hectares) of land in 2000. “In 2007, our entire crop of vegetables failed because of natural calamity. My father was forced to sell our ancestral land to repay massive debt,” Lovepreet told Al Jazeera.

The Bhartiya Kisan Union (BKU)-Siddhupur, the farmers’ union Gurpreet was affiliated to, helped him rent a car, which allowed him to double as a milkman and taxi driver to earn a living. Eventually, he started renting land to cultivate vegetables and fodder for his animals.

“Although my husband had repaid all debt, we hardly made our ends meet. It was always a hand-to-mouth situation. Now that he is gone, we are on God’s mercy,” said Mandeep.

The Punjab government has announced it will offer jobs and funds to the family of the deceased on compassionate grounds while some NGOs are offering financial help.

But Gurpreet’s family is yet to receive any help because of a delay in the issuance of the death certificate. “During the funeral, the BKU-Siddhupur gave us 50,000 rupees [$672] as help along with some foodgrains to sustain,” Mandeep told Al Jazeera.

‘Deaths do not scare us any more’

Gurjinder Singh, the 28-year-old convener of BKU-Siddhupur, was one of the first to visit Singhu after Gurpreet’s death. “I got a call early in the morning. I was informed that someone from Roorkee village was found hanging at the Singhu border,” he said.

“I have seen so many deaths in the last year that it does not scare me at all. But it was difficult for Lovepreet who was crying all that while. We decided that we will not let him see the body of his father until they were home.”

Lakhwinder Singh, a professor of economics at Punjabi University, who has recorded the deaths of farmers during the protest, said: “In Punjab, traditionally land is considered ‘mother’ while the practice of farming is associated with worship. Most of these farmers who participated in the protests shared this sentiment and were filled with anxiety and insecurity about the government’s decision on farm laws. This worry was too heavy for many along with harsh conditions during the protest.”

Lovepreet now plans to take the place of his father at the protest. But his mother Mandeep is worried. “I do not have the means to pay for the human costs of this protest. My son is all I have. As a wife, I have lost. Now I cannot lose as a mother.”