The Latest: San Francisco's Taylor carted off with injury

San Francisco nickel back Jamar Taylor has left the field on a cart at SoFi Stadium late in the first half of a defense-dominated game between NFC West rivals.

The 49ers lead the Rams 7-3 after a first half featuring five combined turnovers. Jared Goff fumbled near midfield shortly before halftime, but Robbie Gould missed a 50-yard field goal attempt to complete a fairly inept offensive half of football.

Taylor appeared to have a left leg injury while his teammates knelt around him on the field. He was in obvious pain as he got on the cart and accepted condolences from players, including Rams receivers Cooper Kupp and Robert Woods.

Kansas City is off to a blazing start against the Tampa Bay Buccaneers, with Tyreek Hill catching seven passes for 203 yards and two touchdowns in the first quarter to help the reigning Super Bowl champions open a 17-0 lead.

Hill had a 34-yard reception on the first play of the game and a 23-yarder later in the same drive to set up a short field goal. He scored on receptions of 75 and 44 yards from Patrick Mahomes, finishing his second TD with a backflip into the end zone.

The Rams and the 49ers have combined for four turnovers in the first quarter at SoFi Stadium, which ended with San Francisco leading Los Angeles 7-3.

Jared Goff and Nick Mullens each threw an interception, while Malcolm Brown and Jeff Wilson both lost fumbles. Richard Sherman made the pick for the Niners. This is his first game since the season opener due to a calf injury.

Raheem Mostert scored the quarter's only touchdown in his return from a four-game absence with a sprained ankle.

The Minnesota Vikings have taken a dramatic late lead over Carolina with 46 seconds remaining.

Kirk Cousins threw a 10-yard touchdown pass to Chad Beebe. The extra point was blocked, but an offside penalty gave the Vikings another chance, and the kick gave Minnesota a 28-27 advantage.

The Vikings trailed 24-13 in the fourth quarter but have rallied behind two touchdown passes by Cousins.

The Cleveland Browns are trying to hold on late against Jacksonville.

James Robinson brought the Jaguars within two with a 4-yard touchdown run, but Cleveland stopped the 2-point conversion attempt and still leads 27-25.

The Browns have made this hard on themselves. They were stopped on fourth down while up eight at the Jacksonville 22. Then the Jaguars got a fourth-down conversion of their own thanks to a Cleveland penalty.

Kenyan Drake's 1-yard touchdown run with 8:02 remaining has pulled Arizona even with New England at 17.

The Cardinals blew an early 10-0 lead in that game, but Arizona went on a 16-play, 80-yard drive to tie it in the fourth quarter.

In two games against Miami this season, the New York Jets have yet to reach the end zone.

The Dolphins lead 13-3 in the fourth quarter - neither team has scored since halftime. Miami won their first meeting 24-0 last month.

The Dolphins are trying to keep pace with AFC East-leading Buffalo, which leads the Los Angeles Chargers 24-17 in the fourth.

Los Angeles Chargers defensive end Joey Bosa has a career-best three sacks after hauling down Buffalo's Josh Allen from behind for a 7-yard loss late in the third quarter.

It was Bosa's second sack of the game against Allen. He also sacked backup Matt Barkley, who came in for one play after Allen limped off in the second quarter.

Bosa has upped his career total to 47 1/2 - and moved into fifth on the franchise list, a half-sack ahead of Junior Seau.

New York Giants quarterback Daniel Jones is out of the game against the Bengals with a hamstring injury.

Jones went down after completing a third-quarter pass to Wayne Gallman Jr. and was relieved by backup Colt McCoy. Jones returned for two plays on the Giants' next drive but again was replaced by McCoy. He is questionable to return.

The Giants lead the Bengals 13-10 late in the third.

Carolina Panthers rookie Jeremy Chinn had not one but two fumble recovery returns for touchdowns in the first 69 seconds of the third quarter at Minnesota.

Chinn picked up the ball after Zach Kerr's sack of Kirk Cousins and took it back 17 yards for the score. Then on the very next play from scrimmage, Vikings running back Dalvin Cook lost the ball at the end of a short carry, a forced fumble credited to Chinn. The second-round draft pick from Southern Illinois emerged from the pile and broke away for a 28-yard touchdown.

Cook was hurt during the play and needed assistance to leave the field with an apparent injury to his right leg.

According to Pro Football Reference research, Chinn became the first player in the NFL since 1948 to return two fumble recoveries for touchdowns in the same game.

Earlier in that game, Cole Beasley became Buffalo's second receiver in two games to complete a touchdown pass. Taking Allen's pitch to the right, Beasley faked a run then pulled up and lobbed an easy 20-yard touchdown pass to wide-open rookie Gabriel Davis to put the Bills up 14-6.

Two weeks ago, receiver Isaiah McKenzie completed a 12-yard touchdown pass to Allen in a 32-30 loss at Arizona.

Indianapolis Colts linebacker Matthew Adams was ejected late in the first half after throwing a punch while playing on the punt coverage unit.

That left an already short-handed and frustrated defense with one fewer player against Tennessee.

Derrick Henry torched the league's second-ranked defense in the first half, running 17 times for 140 yards and three scores as the Titans built a 35-14 lead.

Baker Mayfield has two touchdown passes - and should have had a third - in the first half against Jacksonville.

Mayfield connected with Jarvis Landy and Austin Hooper, ending a three-game drought without a passing score.

Mayfield is 10-of-15 passing for 146 yards, taking advantage of decent weather for the first time in a month. Mayfield threw for 122, 132 and 204 yards the last few weeks while dealing with wind and rain in each game.

Mayfield, though, should have had another TD against Jacksonville, but inexplicably missed wide-open receiver Rashard Higgins in the end zone on a first-and-goal play from the 5. Cleveland settled for a short field goal.

Although Philip Rivers overcame a sore big toe on his right foot to make his 235th consecutive start, he doesn't have his usual offensive line.

Center Ryan Kelly is out with a neck injury, marking the second straight week and third time this season that the Colts didn't have their five regulars. Then left tackle Anthony Castonzo left the game with a knee injury in the first half and was listed as questionable. Le'Raven Clark replaced Castonzo early in the second quarter.

With the top spot in the AFC South on the line, Indianapolis and Tennessee are tied at 14 in the second quarter. Rivers has thrown for 113 yards and a touchdown.

Las Vegas Raiders cornerback Damon Arnette is questionable to return against the Atlanta Falcons after a possible concussion on the first play of the game.

Arnette was injured in a collision with teammate Cory Littleton while tackling Falcons running back Brian Hill. Arnette was taken to the trainer's tent before returning to the sideline and eventually being escorted to the locker room.

Atlanta has kicked a couple field goals to take a 6-0 lead.

After New York's Wayne Gallman Jr. plunged in for a 1-yard TD on fourth-and-goal on the opening drive, Brandon Wilson fielded the kickoff in the end zone, found a seam up the middle and outraced the Giants for a 103-yard scoring return.

That tied the score at 7. It was Wilson's second career kickoff return for a touchdown and the longest play in Bengals history.

The Giants (3-7) can move into first place in the woeful NFC East with a victory, although Philadelphia (3-6-1) plays Monday night. 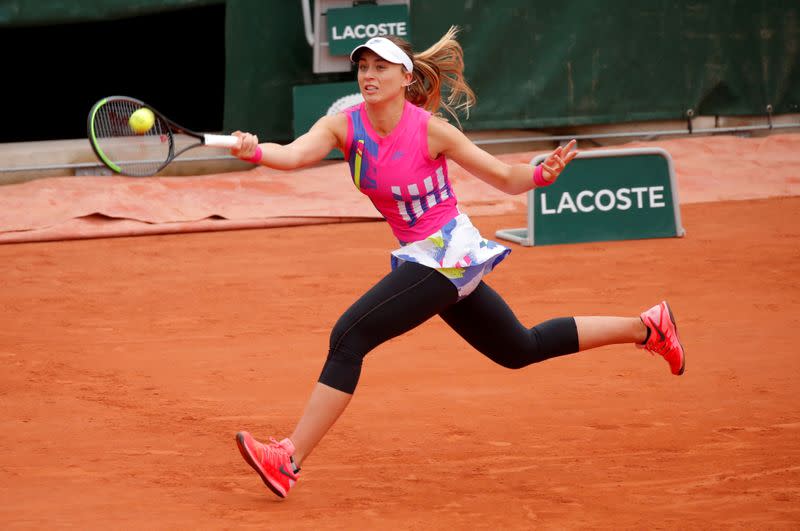 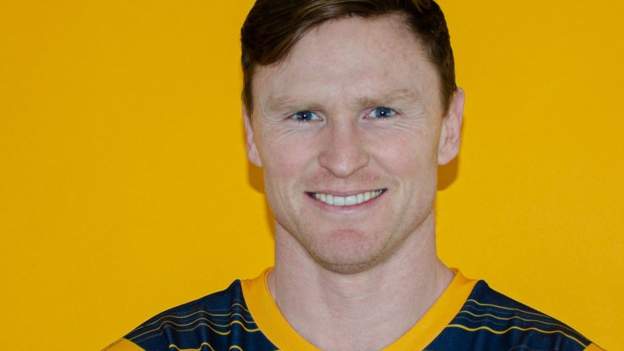