The rivalry that was born exactly 150 years ago 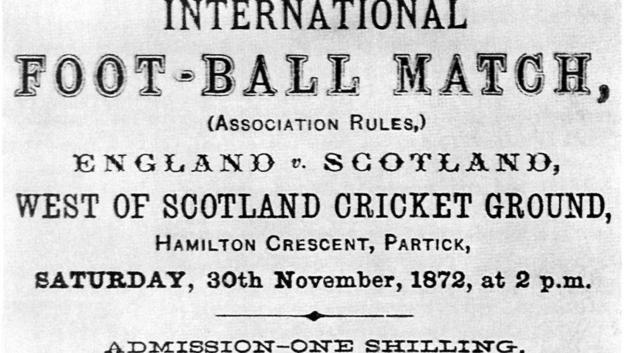 Other generations will have their own fondest memories. Jim Baxter playing keepie-uppie to tease England's 1966 World Cup winners as Scotland won 3-2 at Wembley perhaps. Maybe Paul Gascoigne chipping over Colin Hendry before scoring in England's 2-0 victory at the Euro 96 finals. Then there's the most recent 0-0 Wembley draw at the Euro 2020 finals.

Iconic moments made possible by the birth of international football 150 years ago today as the first official meeting between England and Scotland was played in Glasgow.

It's just not cricket

Although there were several unofficial encounters between the nations from 1870, the match on 30 November 1872 is officially registered by world governing body Fifa as the first football game to be contested by two nations.

During this period, it was unusual for national teams to travel for games. So, despite Scottish players being invited to play, a number of English players represented Scotland in the matches that took place in London before 1872.

There was ill feeling north of the border that the Scotland side did not have enough homegrown players. This led to then FA general secretary Charles Alcock writing a public letter in Glasgow and Edinburgh newspapers offering an official match between 11 Scotsmen and 11 Englishmen. 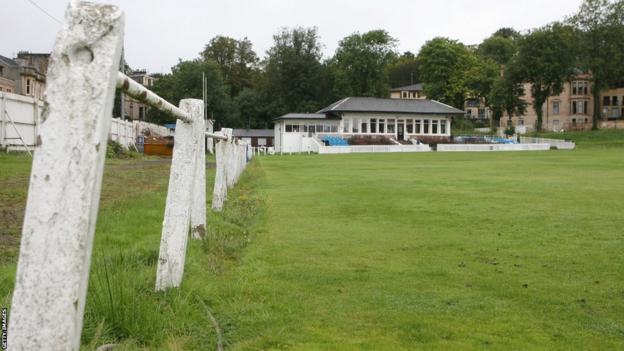 With Scotland yet to form a football association at this point, the offer was accepted by Queen's Park - the nation's leading and oldest club at that stage.

With a location and date to be arranged, captain Robert Gardner and David Wotherspoon of Queen's Park met Alcock in London to finalise the details while competing in the FA Cup.

Twelve months earlier, the first international rugby match had been contested by the same two nations at a cricket ground - and football followed the same path as 4,000 spectators watched a 0-0 draw at the West of Scotland Cricket Ground in Partick, Glasgow.

Not only did Gardner lead Scotland on the pitch as captain - but off it too. At a time when managers were largely non-existent, he was tasked with selecting the team to face England.

He would pick a starting line-up consisting of only Queen's Park players, who would take to the pitch in navy blue, the same colour the Glasgow club sported at that time. And it is for that reason Scotland wear the same colours to this day.

England claimed a 4-2 victory the following March in London as the fixture become an annual event, with Scotland securing their first win - 2-1 in Glasgow - in 1874.

Scotland, thanks to their earlier adoption of passing football, would enjoy a successful period in the late 1870s, claiming three consecutive victories over the Auld Enemy, including that 7-2 thrashing in 1878. That stood as England's record defeat until Hungary's "Golden Team" of Magyars bettered it with a 7-1 defeat in 1954.

England v Scotland - Why does the rivalry matter?

In the following years, friendlies against Wales and Ireland were introduced, before the formation of the British Home Championship in 1883 added a competitive edge to the games and heightening the rivalry.

While Scotland were dominant before the Second World War, the reverse has been true since, with England losing only three times - and winning 13 - since 1977.

England pulled ahead for the first time in the history of the fixture with their 2-0 win at Wembley in 1983, with the last Home Championships being played the following year as the international football calendar became more restrictive.

Overall, England have won 48 and Scotland 41 of their meetings since that landmark first international fixture on a Glasgow cricket ground 150 years ago today.

A historic moment that will be commemorated next September at Hampden with the 116th game between the world's two oldest international teams. 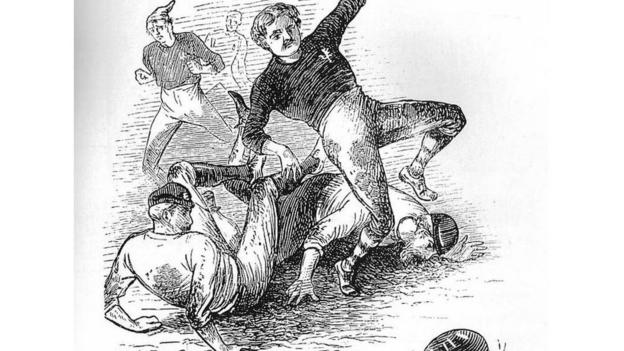