The wealth and philanthropy of Melinda and Bill Gates

The Gates are among the world’s wealthiest people even after donating to their charitable foundation.

Melinda and Bill Gates are getting divorced and the split is likely to involve complex decisions about how to handle their wealth after 27 years of marriage.

Reports on Tuesday said the couple did not sign a prenuptial agreement before they got married in 1994.

Here are details about their wealth and the couple’s philanthropic activities.

Bill Gates is the world’s fourth-richest person with a net worth of $130.5bn, according to Forbes.

Gates dropped out of Harvard University to co-found technology giant Microsoft with school friend Paul Allen in 1975. Gates owned 49 percent of Microsoft at its initial public offering in 1986, which made him an instant multimillionaire. 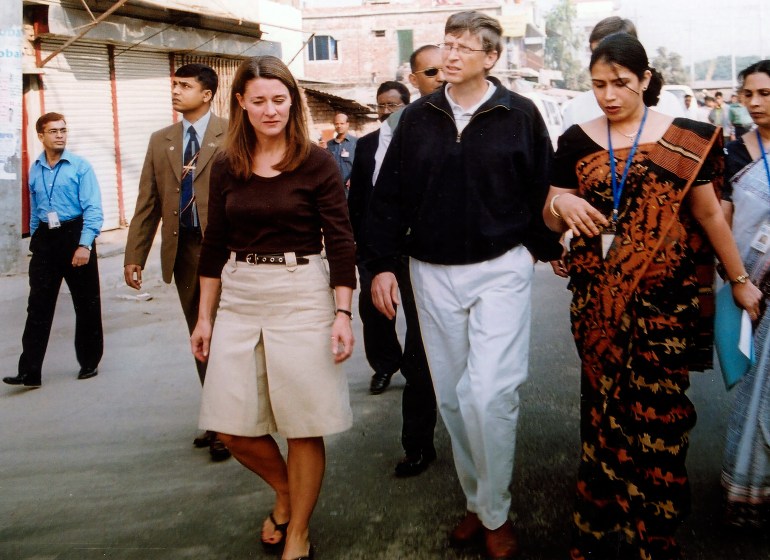 Melinda and Bill Gates on a 2005 trip to Bangladesh in 2005. The couple has said they will continue to work together at The Bill & Melinda Gates Foundation [File: Gazi Sarwar/AP Photo]With Microsoft’s explosive growth, he soon became the world’s richest person.

He has since lost that title, partly as a result of his donations to philanthropic causes.

He was also overtaken due to growth at other companies. Amazon founder Jeff Bezos, Tesla Chief Executive Elon Musk and Louis Vuitton boss Bernard Arnault and his family occupy the three top spots on the Forbes wealth list.

Melinda met Bill at Microsoft in 1987, shortly after the computer science and economics graduate joined the technology firm.

She is the “most powerful woman” in philanthropy, according to Forbes.

In 2015, the MBA-holder founded Pivotal Ventures, an investment and incubation firm focused on women, family and social progress.

She also secured the support of MacKenzie Scott, the author and philanthropist who was married to Jeff Bezos until 2019, in a $40m gender equality fund that will make its first awards this year.

The couple established the Seattle-based Bill & Melinda Gates Foundation in 2000. It is one of the world’s largest charitable organisations, with a focus on public health and infectious diseases and climate change, as well as education. 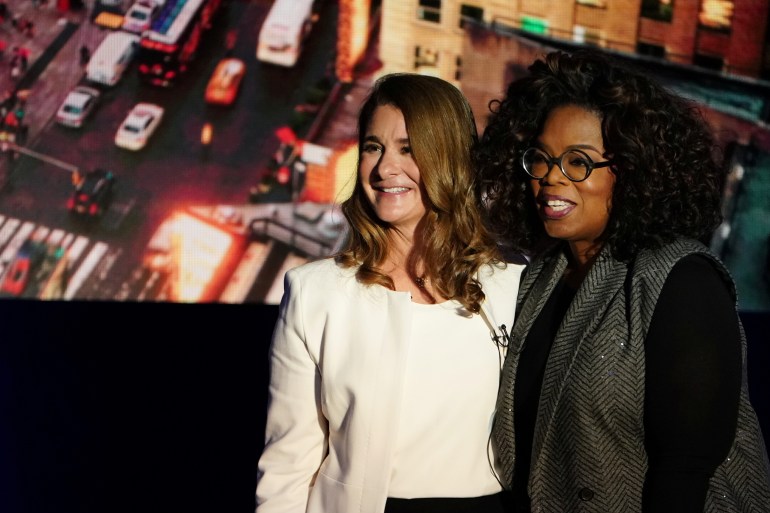 Melinda Gates speaks to Oprah Winfrey on stage during a taping of her television show in Manhattan in 2019 [File: Carlo Allegri/Reuters]Its grants included some $1.75bn to vaccine initiatives, diagnostics and research during the coronavirus pandemic.

The foundation ended 2019 with net assets of $43.3bn, the last full-year financials disclosed on its website.

That year it spent $5bn on programmes in the United States and around the world, excluding management costs.

Warren Buffett has donated more than $29bn of his fortune to the Gates Foundation since 2006, according to filings.

The couple’s main home is a seven-bedroom mansion on Lake Washington that was valued at $130.8m in 2020, according to the King County Department of Assessments.

Lake Washington lies between Seattle and its eastern suburbs including Redmond, where Microsoft has its headquarters. 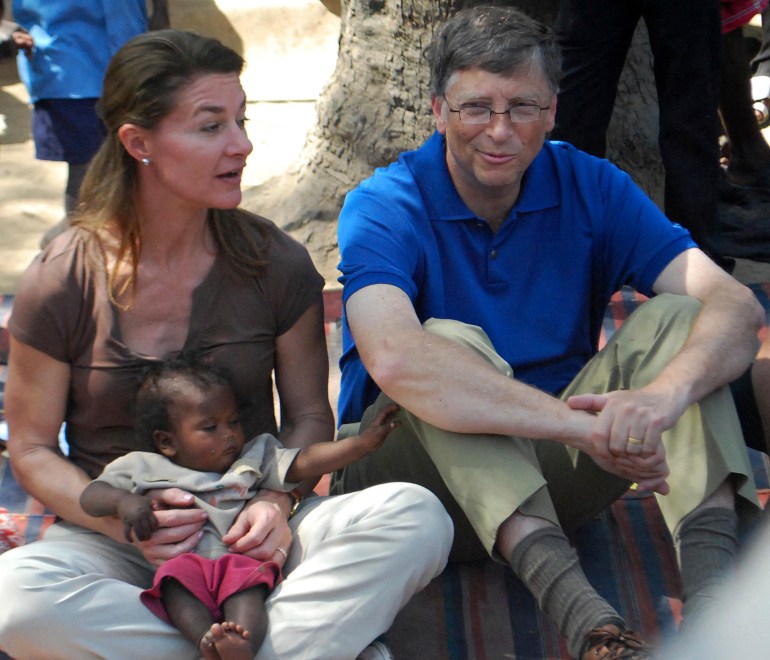 Melinda and Bill Gates on a visit to India’s Bihar state in 2011. They are one of the world’s wealthiest couples [File: Stringer/AFP]They also own other properties in states including California and Florida, as well as a private jet.

The financial details of the couple’s split remain unclear.

They are seeking division of joint assets, according to a separation agreement they have reached, filed in King County Superior Court.

As one of the few US states with so-called “community property” laws, Washington presumes that most property acquired over the course of a marriage belongs jointly to the spouses and is divided equally in a divorce.

The spouses can also agree that certain assets are separate property, meaning they belong to one of them. Inheritances often fall in this category.