The inquiry predates the botched presale of Taylor Swift tickets this week and is said to focus on whether Live Nation has abused its power in the live music industry. 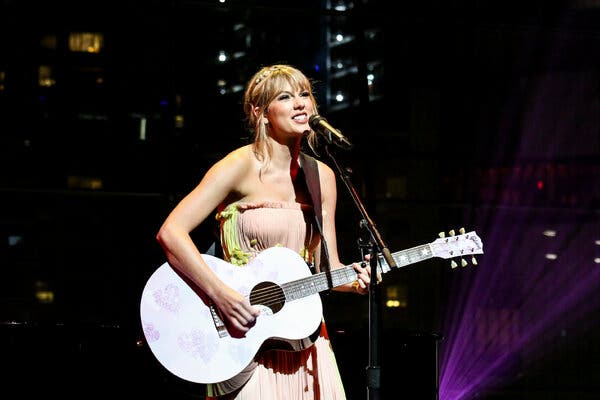 WASHINGTON — The Justice Department has opened an antitrust investigation into the owner of Ticketmaster, whose sale of Taylor Swift concert tickets descended into chaos this week, said two people with knowledge of the matter. The investigation is focused on whether Live Nation Entertainment has abused its power over the multibillion-dollar live music industry.

That power has been in the spotlight after Ticketmaster’s systems crashed while Ms. Swift fans were trying to buy tickets in a presale for her tour, but the investigation predates the botched sale, the people said.

Members of the antitrust division’s staff at the Justice Department have in recent months contacted music venues and players in the ticket market, asking about Live Nation’s practices and the wider dynamics of the industry, said the people, who spoke on the condition of anonymity because the investigation is sensitive. The inquiry appears to be broad, looking at whether the company maintains a monopoly over the industry, one of the people said.

Officials in the Biden administration have spent the last two years trying to push the boundaries of antitrust law. The Justice Department has mounted several challenges to major mergers, successfully persuading a judge to block Penguin Random House’s purchase of Simon & Schuster but losing some other cases. The Federal Trade Commission has sued to block Meta, Facebook’s parent company, from acquiring a small virtual reality start-up.

The new investigation is the latest scrutiny of Live Nation Entertainment, which is the product of a merger between Live Nation and Ticketmaster that the Justice Department approved in 2010. That created a giant in the live entertainment business that still has no equals in its reach or power.

In 2019, its last year of business unaffected by the Covid-19 pandemic, Live Nation put on 40,000 events around the world and sold 485 million tickets through Ticketmaster, according to the company’s annual report. Live Nation is one of the music industry’s biggest powers in the management of artists, meaning the personal representatives who negotiate business deals on behalf of artists. According its most recent annual report, Live Nation had 100 managers working with more than 450 artists. It does not manage Ms. Swift.

When the Justice Department approved the merger — over significant opposition from the music industry — it required the company to sell some parts of its business. It also reached a legal settlement with the company that forbade Live Nation to threaten concert venues with losing access to its tours if those venues decided to use ticketing providers other than Ticketmaster. Those terms were set to last for 10 years, until 2020.

In late 2019, after an investigation, the Justice Department found that Live Nation had repeatedly violated this provision of its decree. It extended the terms of the settlement by five years, to 2025, and adjusted some of the agreement’s language to clarify what the company was allowed to do when negotiating ticketing deals with venues.

Members of the Justice Department staff have asked whether Live Nation is complying with the agreement as part of their new inquiry, said one of the people with knowledge of the matter. Officials at the agency have grown increasingly wary of such settlements, believing the best way to settle antitrust concerns is through changes to a company’s structure.

The debacle involving Ms. Swift’s concert tickets this week has exacerbated complaints in the music business and in Washington that Live Nation’s power has constrained competition and harmed consumers. But it was also an example of extraordinary demand for a highly desired commodity in very limited supply.

The problems began Tuesday when Ticketmaster’s Verified Fan system, which aims to weed out bots and professional scalpers from the process, began doling out access codes to fans who were interested in buying tickets to Ms. Swift’s Eras tour, scheduled to start in March.

According to a blog post by Ticketmaster, which was published on Thursday but deleted within hours, 3.5 million fans registered for the program. The company “invited” 1.5 million of those customers to the presale by sending them codes, and the remaining two million were placed on a waiting list.

That day, Ticketmaster received 3.5 billion system requests, causing its app to crash for many users; some who were in the process of buying tickets with their codes were unable to complete their transactions. According to Ticketmaster, two million tickets were sold on Tuesday alone. Another presale, for Capital One cardholders, was held on Wednesday.

But Thursday afternoon, Ticketmaster canceled its plans for a public ticket sale on Friday, when it would typically sell any tickets remaining after presales. It was unclear how many tickets had already been sold for Ms. Swift’s tour, and how many — if any — remained.

On Friday, in her first comments about the ticketing debacle, Ms. Swift posted a statement to social media saying she was looking into the situation to see how it could be improved. But she also expressed disappointment in Ticketmaster.

“I’m not going to make excuses for anyone,” Ms. Swift wrote, “because we asked them, multiple times, if they could handle this kind of demand, and we were assured that they could.”