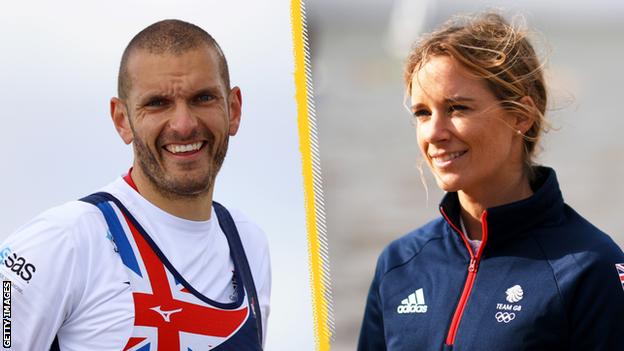 Sailor Hannah Mills and rower Mohamed Sbihi have been chosen to carry the flag for Great Britain at Friday's Tokyo Olympics opening ceremony.

Mills, who won gold at Rio 2016 and silver at London 2012, will become the fourth British woman to carry the flag at a summer Games.

It is the first time nations have been allowed to select male and female flag bearers for the Games.

"It is the greatest honour in my career," said Mills.

"I hope more than ever before, this Games can lift our country and deliver some incredible sporting moments to inspire the nation."

Sbihi, who won gold in the coxless four in Rio and bronze in the men's eight in London, will become the fourth rower to carry the flag at the opening ceremony.

"It is an iconic moment within the Olympic movement - people remember those images," said Sbihi, who missed the opening ceremonies in Rio and London because of the schedule of the rowing competition.

"It will be really special and will complete my Olympic puzzle. I've won a medal, been to the closing ceremony but now to actually turn up at an opening ceremony and be at the head of the team alongside Hannah, it will be a lifetime memory that I will never forget."

A British Olympic Association panel selected the pair to be flag bearers after each sport put forward athletes to a shortlist. 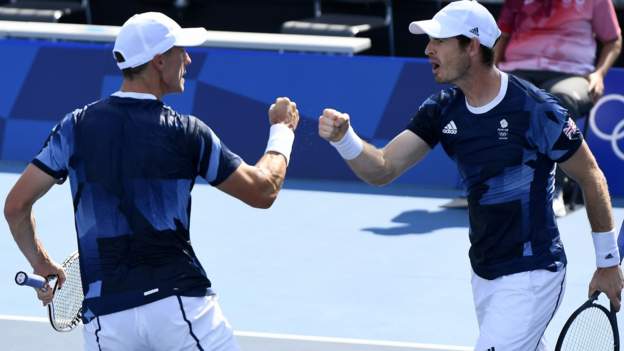