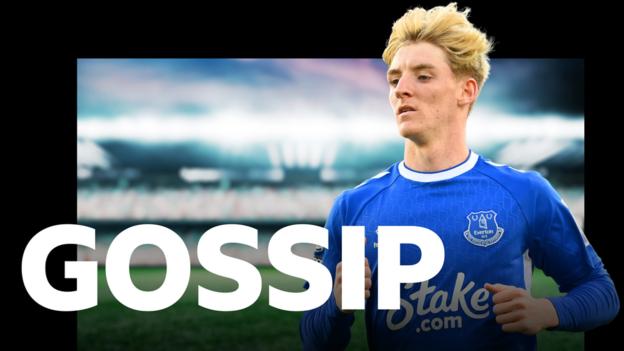 Tottenham are keeping tabs on Everton and England Under-21 winger Anthony Gordon, 21, before the January transfer window. (Football London)

The Reds wanted to sell the midfielder for £10m last summer but could not agree a deal with any other club. (Mirror)

Barcelona and the Netherlands midfielder Frenkie de Jong, 25, says the La Liga club were responsible for leaking details of his contract to the media. (De Telegraaf, via Mirror)

De Jong and Germany goalkeeper Marc-Andre ter Stegen, 30, have been contacted by Barcelona about lowering their salaries to help the club's financial situation. (Mundo Deportivo - in Spanish)

Borussia Dortmund will not sell West Ham and Leeds target Raphael Guerreiro, 28, before the Portugal international's contract runs out at the end of the season. (Bild - in German)

Chelsea are concerned Romelu Lukaku's lack of match time at the World Cup could affect the 29-year-old Belgium striker's value when they try to sell him after his season-long loan at Inter Milan. Lukaku has been ruled out of his country's first two matches. (Standard)

Visit your Premier League club's page with all the latest news, analysis and fan views, and sign up for notifications

Former Manchester United boss Louis van Gaal, who is now manager of the Netherlands, says he wanted to sign Senegal and Bayern Munich midfielder Sadio Mane, 30, during his time in charge at Old Trafford. (Metro)

Former Liverpool and Barcelona striker Luis Suarez, 35, turned down an offer from Gremio because the Uruguayan will join an MLS side, the Brazilian club's manager has said. (Bild - in German)

Austria forward Marko Arnautovic, 33, is content to have rejected repeated approaches from Manchester United in the summer - although his family wanted him to move from Bologna. (Laola1 - in Austrian)

Dynamo Moscow and Russia midfielder Arsen Zakharyan's agent has called Chelsea's interest in the 19-year-old "a rather complex story". (Championat - in Russian)

AC Milan are considering a loan move in January for Chelsea winger Hakim Ziyech, 29, and an approach next summer for the Blues' 21-year-old Albania forward Armando Broja. (Corriere Dello Sport - in Italian)

Milan are also interested in Chelsea's English midfielder Ruben Loftus-Cheek, 26, after he impressed against them in the Champions League at Stamford Bridge. (Calciomercato - in Italian)

Lucien Favre will stay in charge of Nice until the end of the season despite his future being called into question. (L'Equipe - in French) 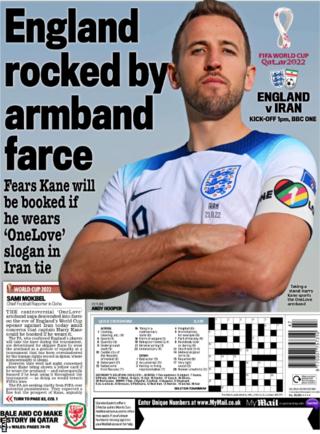