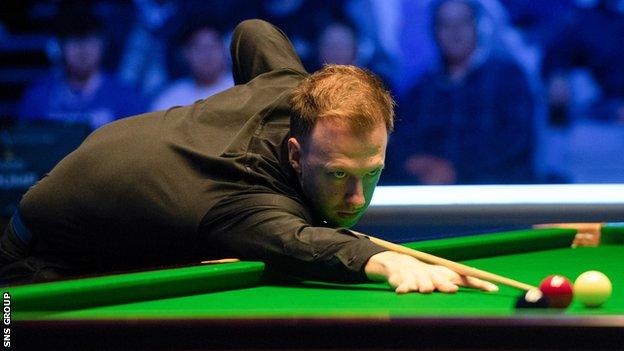 Judd Trump exited the Scottish Open after losing 5-4 on a re-spotted back to Thailand's Thepchaiya Un-Nooh.

Un-Nooh, the world number 57, missed a black to win the match and Trump levelled on points in the decider.

But the 2019 world champion missed a long-range pot on the re-spotted black, allowing Un-Nooh to secure a semi-final spot.

"I just believed," Uh-Nooh said. "I had never beaten Judd before.

"I just believed in myself that I could do it. To beat him today, I am so happy."

Trump, who described the loss as "shocking", reached the quarter-finals having pocketed a maximum 147 break earlier in the tournament at Edinburgh's Meadowbank Sports Centre.

But his opponent, who almost lost his professional tour card last season, dug deep and forced a decider with a century break of 104.

The remaining quarter-final matches will take place later on Friday.