Tunisia: Are women’s rights being used as a smokescreen?

With the appointment of Najla Bouden as Tunisia’s prime minister last year and the election of a record 10 women to the country’s 24-member cabinet, the Arab state appeared to be making great strides in its protection of women’s rights.

On the face of it, Tunisia – which for decades stood out in the region as a leader in its promotion of gender equality – was continuing in the right direction.

But some women’s rights activists say President Kais Saied is merely using female empowerment as a facade, while his newly adopted constitution reverses gains made by Tunisian women in their decades-long struggle for equality, representation and more rights.

In July, Tunisians voted in favour of the new constitution, which ultimately swapped Tunisia’s hybrid parliamentary democracy with a system that gives the president sweeping powers.

In the year before the constitutional referendum, Saied sacked the government and suspended parliament. He also started ruling by presidential decree and dissolved democratic institutions, including the Supreme Judicial Council and parliament. His moves drew widespread international criticism. 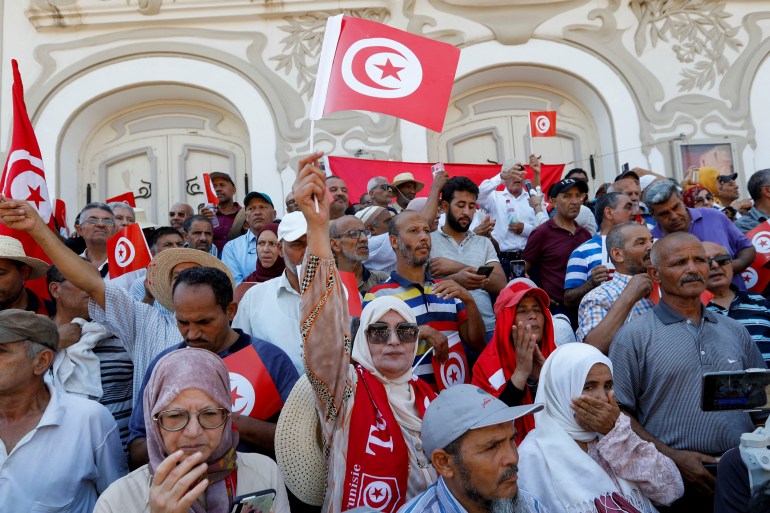 ‘No power’ for change

For Hafiza Choucair, a university professor and women’s rights activist who has spent her whole life fighting for gender equality in Tunisia, the appointment of Bouden as prime minister was only “honorary” as she lacks the power to implement decisions.

Choucair’s thoughts on the presence of 10 women in Tunisia’s cabinet were similar.

“Women in government decision-making positions must come with an agenda that focuses on the advancement of women’s rights. And they [women in government] need to have the power to implement it,” said Choucair.

“But we’ve not seen any of that. Instead, Saied has strengthened his hold on power and these women are merely tools for implementing the will and policies of the president.”

Bouchra Belhaj Hmida, a Tunisian lawyer and women’s rights activist for the past 40 years, agreed.

“Having a female prime minister in an Arab and Muslim country is a positive thing. Symbolically it means we’ve overcome an important barrier. But she [Bouden] doesn’t have any real powers,” said Belhaj Hmida. 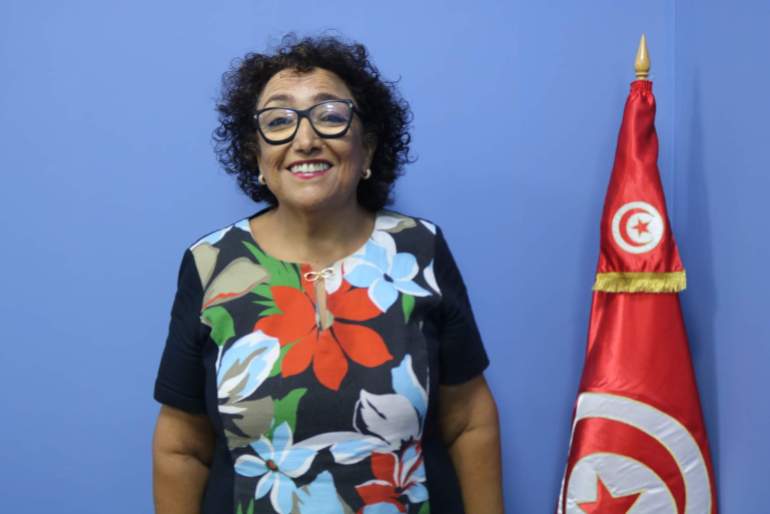 Following Tunisia’s independence from France in 1956, former President Habib Bourguiba implemented the celebrated Code of Personal Status (CPS). Tunisian women since then celebrate the anniversary of the establishment of the CPS every August 13 as Women’s National Day.

Although critics of Bourguiba said the changes were an attempt to use “state feminism” as a facade, the decree worked to secure equal rights for women and provided them better access to education.

Over the following decades, Tunisia came to be considered among the most progressive countries in the Arab world in terms of family law and its advancement of women’s rights.

Following that, the principal victory of women’s rights activists during the presidency of Zine El Abidine Ben Ali was 1993 reforms giving women the right to pass on their nationality to their children.

But in December 2010, many Tunisian women who took to the streets to help overthrow Ben Ali were also there to denounce the patriarchal nature of Tunisia’s political sphere. 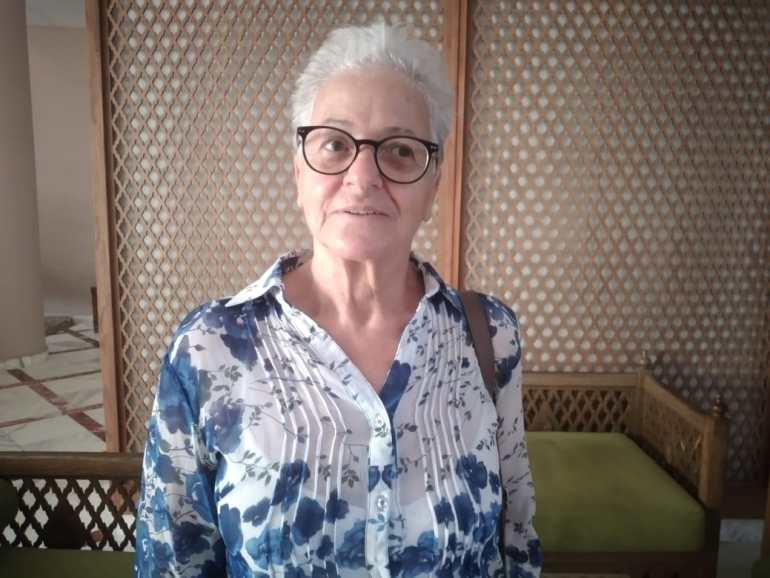 Over the next 10 years, Tunisian women made significant strides in securing more rights and greater representation in government.

In 2014, activists celebrated their female parliamentarians’ victory in enshrining women’s “equality” with men in the country’s new constitution. As Tunisia passed a gender-parity law, political parties were required to have an equal number of men and women on their candidacy lists for parliamentary elections.

More gains were made in 2017 when the country passed legislation on violence against women, and female participation and representation in politics.

When women secured an unprecedented 47 percent of seats in the 2018 local elections, women’s rights activists saw it as a real milestone in their struggle for equality and representation.

That same year, however, Ennahdha – one of Tunisia’s main political parties at the time – rejected a presidential initiative to grant women the same inheritance rights as men. Although the bill was seen as controversial among the Tunisian public, its rejection was considered a blow to women’s rights by international observers at the time. 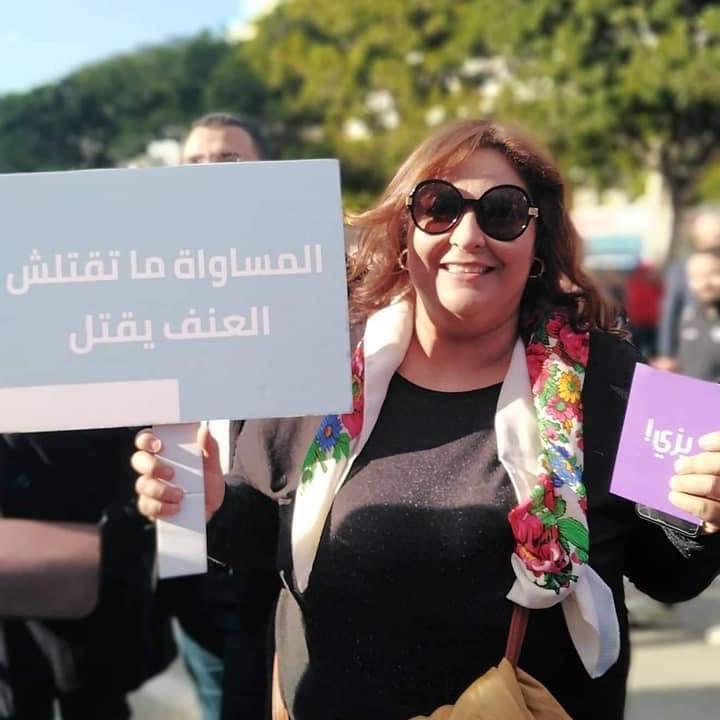 Regression and loss of victories

Despite the disappointments, Tunisia has generally improved in its advancement of women’s rights.

But today, activists complain that under the guise of greater representation for women in politics under Saied, government policies act to instrumentalise women for political gain rather than to empower them.

For Ahlam Boursal, general secretary of the Tunisian Association of Democratic Women, women in Tunisia suffer three central issues – none of which have been tackled by the current government or the new constitution.

“First, violence and hate speech are systemic against women. Secondly, impunity … among the police and security officers who reject women’s complaints [over violence against them],” said Boursal.

“Thirdly, there’s a deterioration in the economic and social status of women,” she added, explaining the rate of unemployment is higher among women compared with men.

Many women’s rights activists say the dissolution of the 2014 constitution is at the heart of the problem.

For Belhaj Hmida, the new constitution “lacks parity between men and women” because while the second article of the 2014 constitution affirmed Tunisia as a “civil state based on citizenship, the will of the people and the supremacy of the law”, Article 2 of the new constitution only describes the state system as a republican one.

“Not only did the 2014 constitution protect the civic state, it was also consistent with universal human rights – the most basic guarantor of women’s rights,” said Belhaj Hmida. “But now, all that’s gone.”