A bipartisan piece of legislation to be introduced in the US Senate would force defence contractors to stop buying rare earths from China by 2026 and use the Pentagon to create a permanent stockpile of the strategic minerals.

The bill, sponsored by Senators Tom Cotton, an Arkansas Republican, and Mark Kelly, an Arizona Democrat, is expected to be introduced on Friday, the Reuters news agency reported. It is the latest in a string of US legislation seeking to thwart China’s near-total control over the sector.

It essentially uses the Pentagon’s purchase of billions of dollars worth of fighter jets, missiles and other weapons as leverage to require contractors to stop relying on China and, by extension, support the revival of US rare-earths production.

Rare earths are a group of 17 metals that, after processing, are used to make magnets found in electric vehicles, weaponry and electronics. While the United States created the industry in World War II and US military scientists developed the most widely used type of rare-earth magnet, China has slowly grown to control nearly the entire sector during the past 30 years.

The United States has only one rare-earths mine and has no capacity to process rare-earth minerals. The US relies on China for about 80 percent of its rare-earths imports.

In December, China consolidated several of its key producers to create a behemoth that will strengthen its control over the global industry it has dominated for decades.

The new entity, China Rare-Earths Group, will speed the development of mines in the country’s south, state media reported.

“Ending American dependence on China for rare-earths extraction and processing is critical to building up the US defence and technology sectors,” Cotton told Reuters.

The senator, who sits on the Senate’s Armed Forces and Intelligence committees, described China’s evolution into the global rare-earths leader as “simply a policy choice that the United States made,” adding that he hoped fresh policies would loosen Beijing’s grip.

In the past, the US has worked with other nations at the World Trade Organisation to try and compel China to export more rare earths amid a global shortage.

Known as the Restoring Essential Energy and Security Holdings Onshore for Rare Earths Act of 2022, the bill would codify and make permanent the Pentagon’s ongoing stockpiling of the materials. China temporarily blocked rare earth exports to Japan in 2010 and has issued vague threats it could do the same to the United States.

To build that reserve, though, the Pentagon buys supply in part from China, a paradox that Senate staffers hope will abate in time. 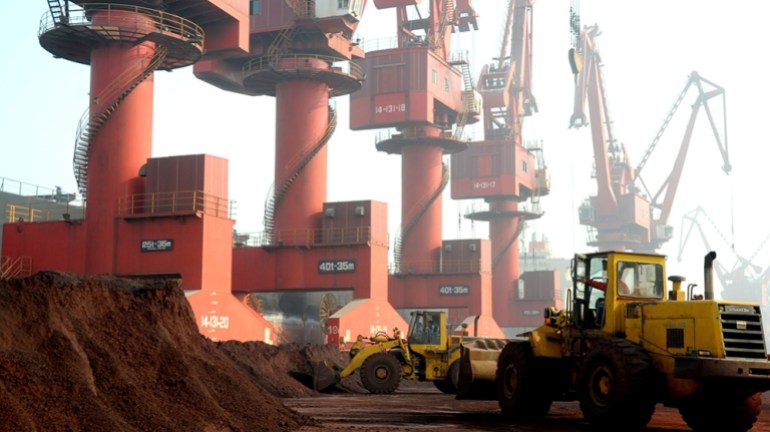 The rare-earths production process can be highly pollutive, part of the reason why it grew unpopular in the United States. Ongoing research is attempting to make the process cleaner.

Cotton said he has talked to various US executive agencies about the bill, but declined to say if he had talked with President Joe Biden or the White House.

“This is an area in which Congress will lead, because many members have been concerned about this very topic, regardless of party,” he said.

The bill, which the sponsors expect could be folded into Pentagon funding legislation later this year, offers no direct support for the nascent US rare-earths sector.

Instead, it requires Pentagon contractors to stop using Chinese rare earths within four years, allowing waivers only in rare situations. Defence contractors would be required to immediately say where they source the minerals.

Those requirements “should encourage more domestic [rare-earths] development in our country,” Cotton said.

In the past two years, the Pentagon has given grants to companies trying to resume US rare-earth processing and magnet production, including MP Materials Corp, Australia’s Lynas Rare Earth Ltd, TDA Magnetics Inc and Urban Mining Co.

Kelly, a former astronaut and a member of the Senate’s Armed Services and Energy committees, said the bill should “strengthen America’s position as a global leader in technology by reducing our country’s reliance on adversaries like China for rare-earth elements”. 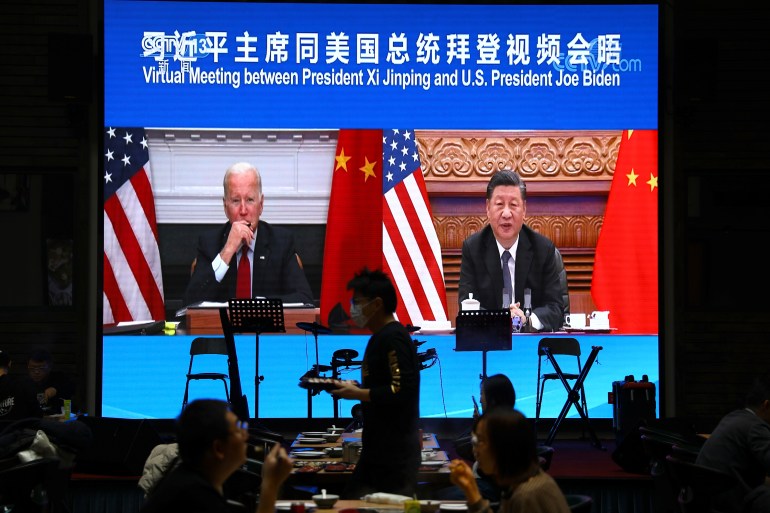 Tensions between the US and China have been rising and the US desire to expand its domestic rare-earths industry is considered part of the broader geopolitical strife [File: Tingshu Wang/Reuters]

The bill only applies to weapons, not other equipment the US military buys.

Additionally, the US trade representative would be required to investigate whether China is distorting the rare-earths market and recommend whether trade sanctions are needed. 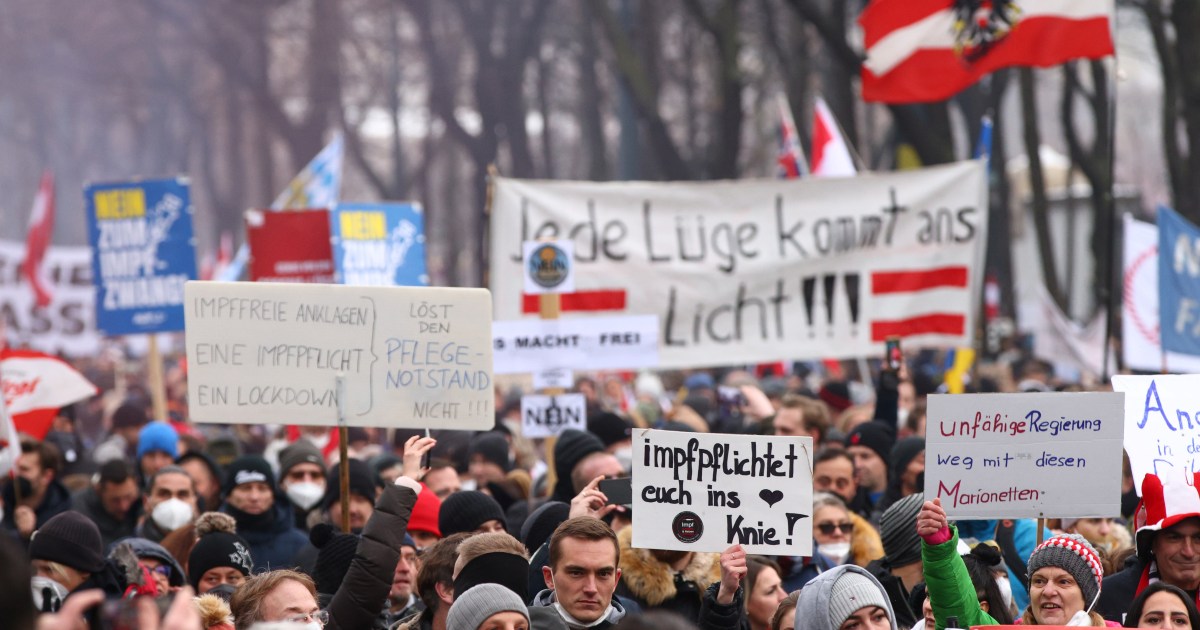 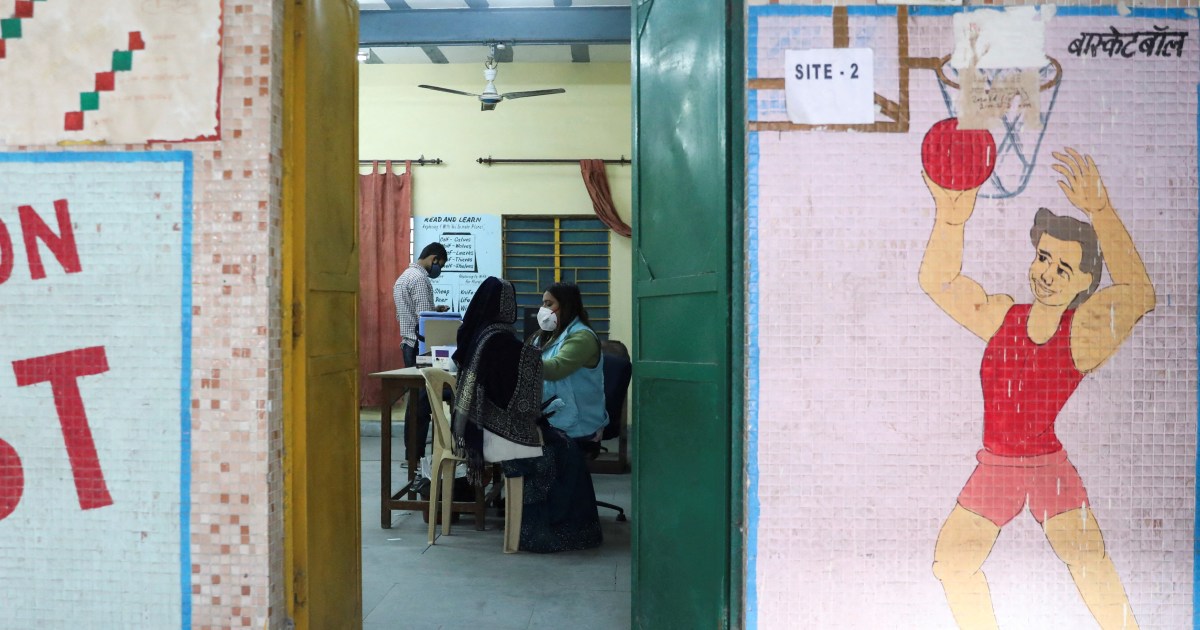 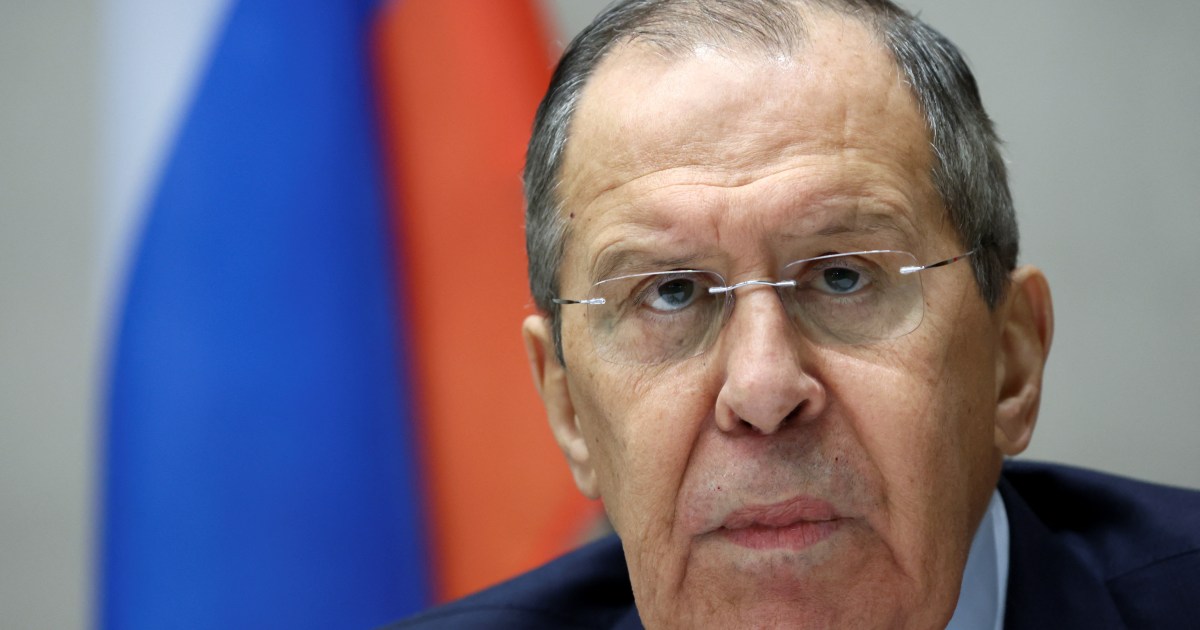 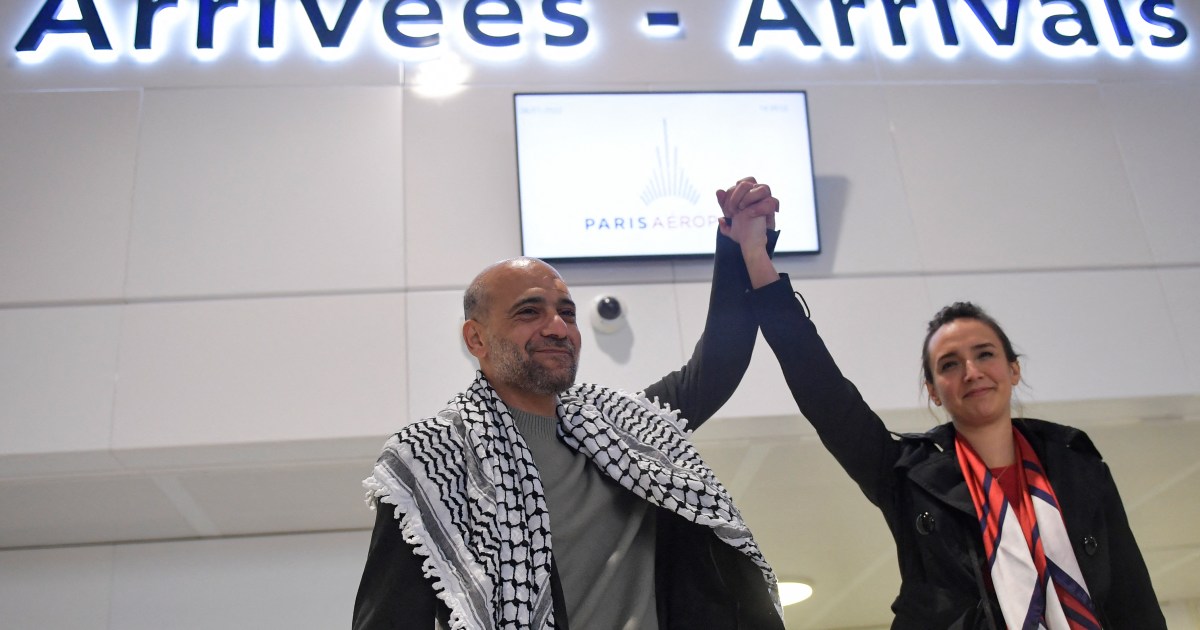 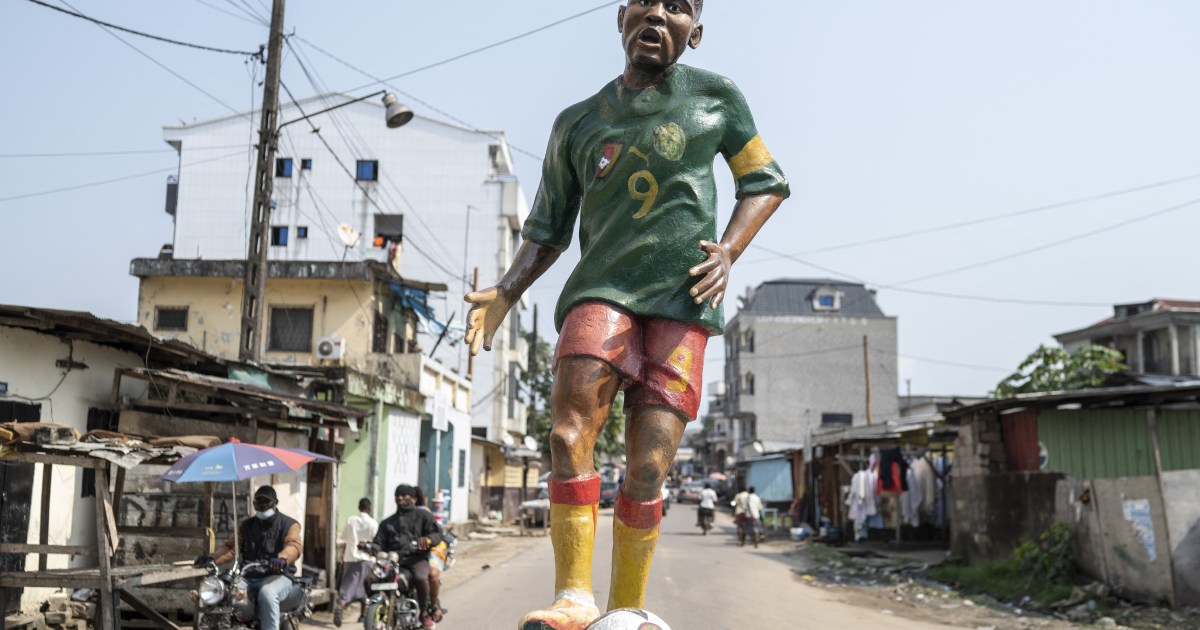 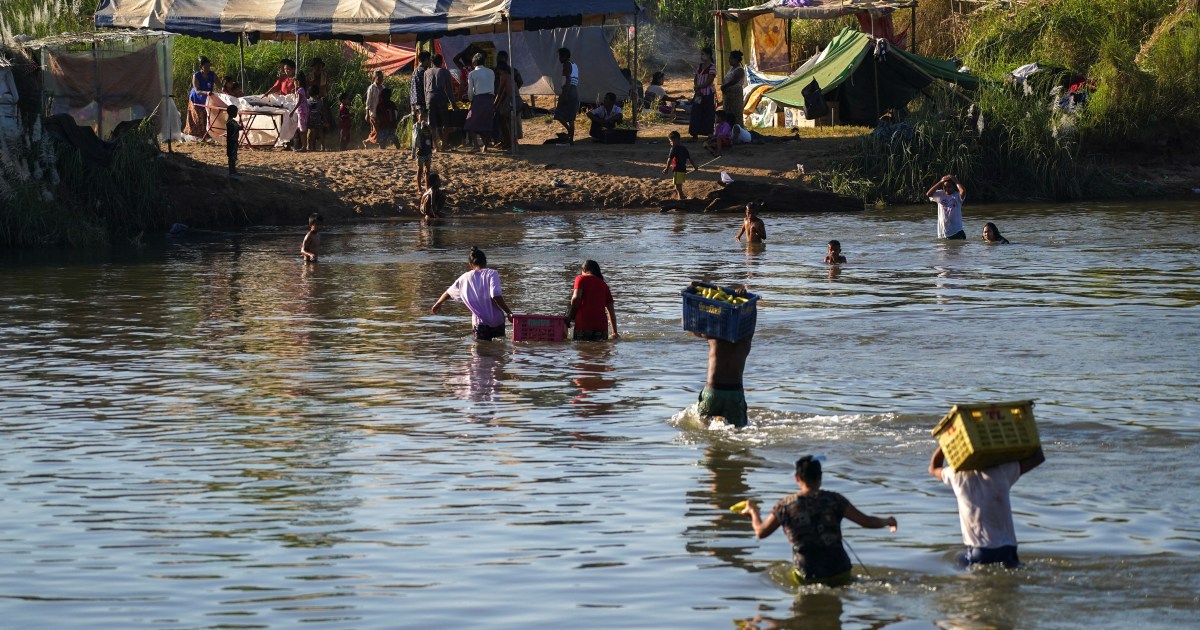