The 2,000-member caravan risks being blocked by Mexican forces, or expelled by US officials, if it reaches the border.

Thousands of migrants from Central America and the Caribbean travelling in a caravan are making their way across Mexico, hoping to reach the US border, and heaping pressure on the Biden administration.

About 2,000 migrants, among them many families with small children, were trekking on Wednesday in the scorching heat of Huixtla, a city in the southern Mexican state of Chiapas.

“My feet are burning and in pain from the blisters,” Arleth Chavez from Guatemala told the Reuters news agency. “I’ll make it as far as God permits.”

Chavez said she had so far walked with the caravan for about 45km (28 miles) since it departed the southern city of Tapachula during the weekend.

The caravan’s slow movement across Mexico comes as US President Joe Biden has been facing increasing criticism from Republicans about the current high levels of migration.

On Tuesday, Republican Senate leader Mitch McConnell blasted Biden for the “record-shattering” number of unlawful migrants detained along the US-Mexico border during the past year, laying blame on what he described as an “intentionally unsecure border”. 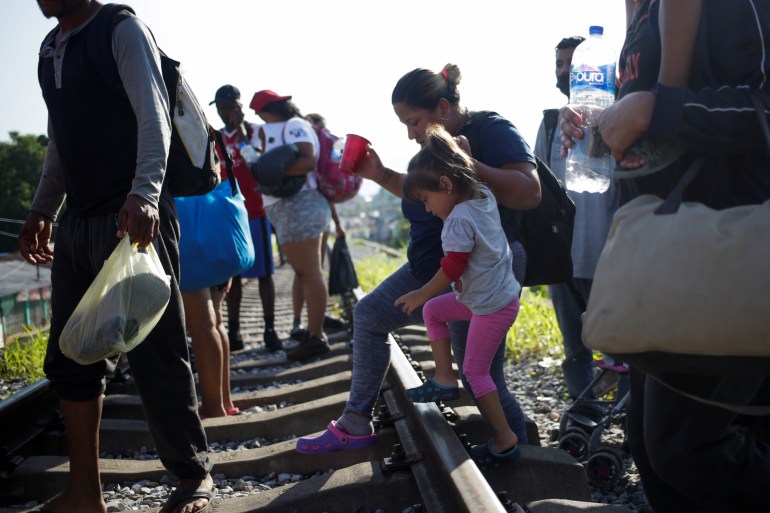 On Tuesday night, hundreds of migrants gathered in Huixtla, a city in the southern Mexican state of Chiapas to rest and receive medical attention before resuming their journey north [Daniel Becerril/Reuters]

More than 1.7 million migrants have been apprehended on the border across the last 12 months, according to the latest US government figures. The majority of those arriving at the US-Mexico border are being expelled under Title 42, a pandemic-era order that allows US border agents to quickly turn back migrants without the chance to apply for asylum.

Biden has been facing mounting criticism for that policy, which rights groups say is unjustified. Last month, the US deported thousands of Haitians who made it to Texas hoping to claim asylum, back to their crisis-stricken island.

In an effort to rein in the number of arrivals, the US government has put pressure on Mexico to stop small migrant groups, as well as migrant caravans, from ever coming close to the US border.

Last week, Mexico’s conference of Catholic bishops, which operates about a hundred shelters across Mexico, urged Mexico’s authorities to end militarised immigration enforcement efforts that, the group said, has caused an increase in human rights violations against transiting migrants.

But the latest caravan also comes amid widespread violence, as well as growing hunger and poverty in Central America and parts of the Caribbean.

Nitza Maldonado and Omar Rodriguez, who were sprawled on the sidewalk beside a local church with their six-year-old son, said they lost their jobs in their home country of Honduras months ago due to the pandemic.

She was an assistant at a law firm and he a worker in a laundry. Last year, they paid a smuggler $12,000 to get to the US, but they were detained in Texas and then deported.

They said they faced unemployment and debts in Honduras from their failed attempt to migrate, so they decided to leave again on their own.

Sleeping on the ground and sometimes eating only one meal a day, they decided the risks of rough handling or deportation by Mexican authorities were worth joining the large group effort to walk north. 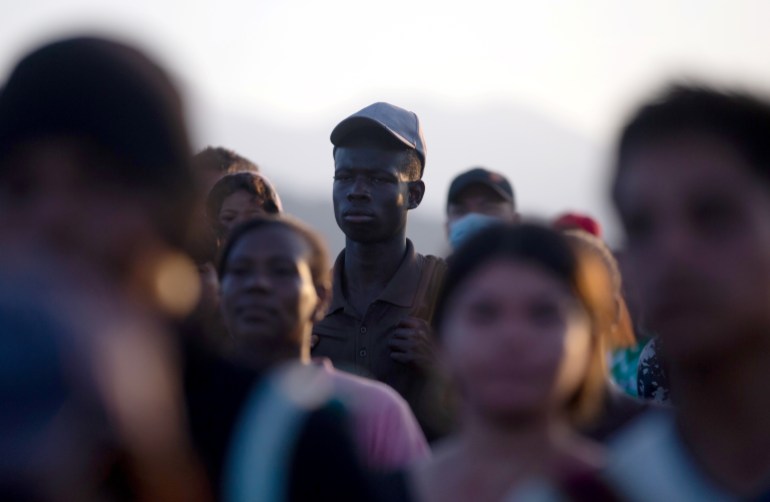 Some migrants are hoping to reach northern Mexican cities, where they hope to find work. [Daniel Becerril/Reuters]

“You have to migrate because in our country there’s a lot of unemployment, there’s no education,” Maldonado told The Associated Press. “That’s why this is happening to us.”

But not all said they were trying to make it to the US. Mexico has seen the number of asylum applications it receives skyrocket in recent years. Through September, Mexico had received 90,000 applications.

Many said they are seeking to reach northern cities in Mexico where there are more employment opportunities than in the economically depressed south.

Carlos Fuentes was travelling with his wife and six children. They want to make it to the northern Mexican city of Monterrey.

Fuentes spent six years in the US before being deported a decade ago. He said gang members tried to recruit his children — the boys to sell drugs, the girls as girlfriends — so they had to leave.

“We’re out of money and so we decided to come with the caravan and thank God, they haven’t detained us,” he said. 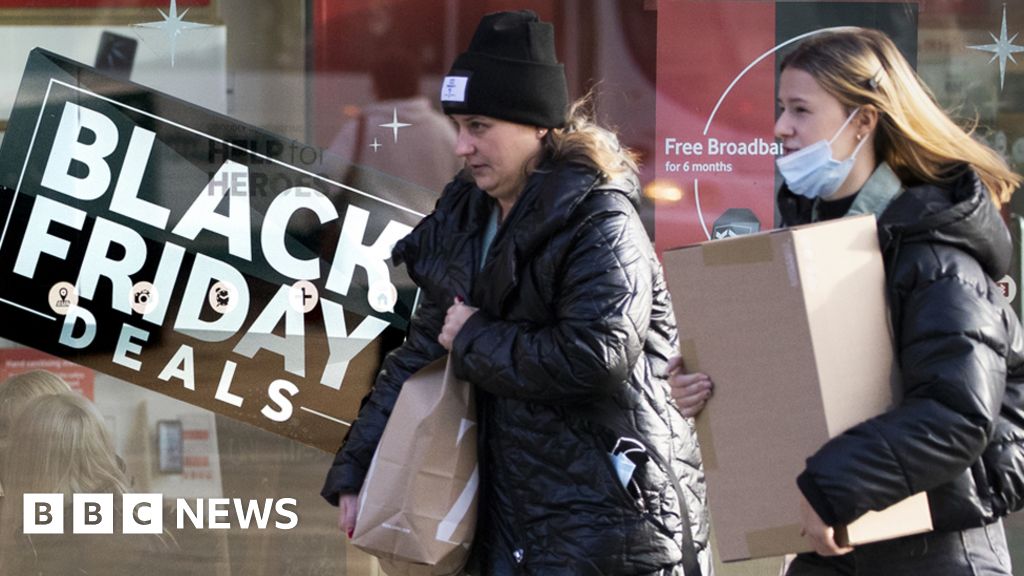