Officers assaulted in the January 6 riot will testify before the special committee created to probe the incident.

A special congressional committee launched to investigate the January 6 storming of the US Capitol is due to hear from police officers assaulted during the incident.

The officers’ first public hearing on Tuesday comes six months after rioters, egged on by former President Donald Trump, stormed the seat of the US legislature as elected officials met to certify the election victory of President Joe Biden. The incident followed a weeks-long misinformation campaign by Trump and his supporters, claiming without evidence that the November 2020 election had been stolen.

Five people died during or shortly after the insurrection, while dozens of police were wounded. 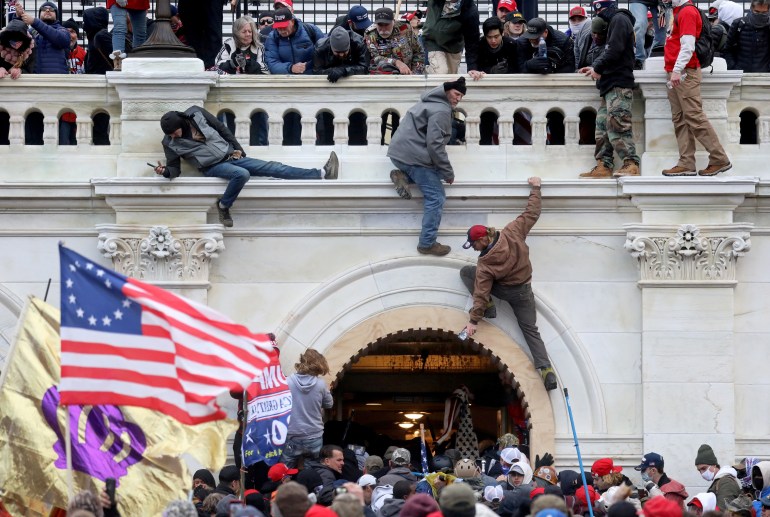 Tuesday’s hearing also takes place amid an ongoing political battle over how deeply Congress – which has already conducted several hearings and reports on January 6 – should further investigate the incident, with Republican brass largely boycotting the continued probe, despite previously voicing support for a thorough investigation.

“We’re going to tell this story from the beginning,” said Maryland Representative Jamie Raskin, a Democrat who sits on the panel. “The moral centre of gravity is these officers who put their lives on the line for us.”

The latest probe, initially envisioned as a bipartisan, independent 9/11-style commission, is moving forward in the Democrat-majority House of Representatives, but was blocked by Republicans in the Senate in May.

Last week, House Republican leadership pulled its five appointments to the panel after Democratic Speaker of the House Nancy Pelosi rejected two of the picks – Representatives Jim Banks and Jim Jordan – who were vocal proponents of the Trump camp’s misinformation.

With Republicans leaders refusing to participate, Pelosi has since appointed two vocal Trump critics – Republicans Liz Cheney and Adam Kinzinger – to the panel. 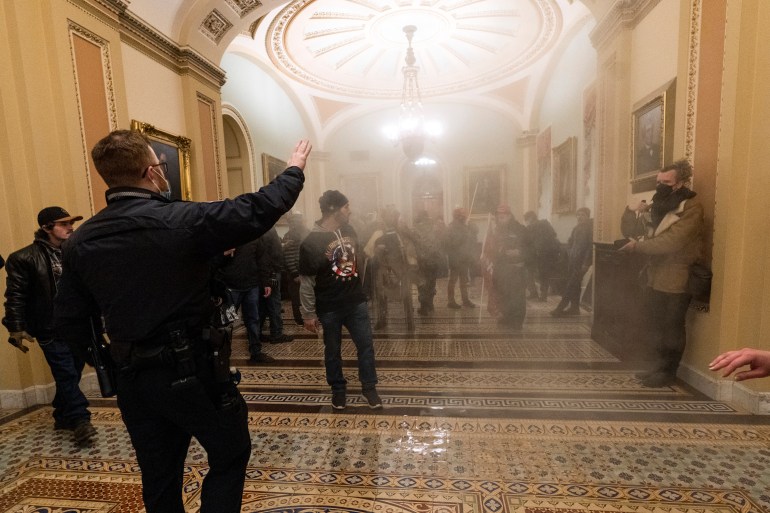 Republicans, who have sought to turn attention away from the January 6 riot as 2022 midterm elections approach, have tried to discredit the most recent investigation.

“Never in the history of America has a speaker picked the other side, so they are predetermining what comes out” of the probe, House Republican leader Kevin McCarthy told reporters on Monday.

For her part, Pelosi has dismissed the criticism, telling ABC News on Sunday, “We have to, again, ignore the antics of those who do not want to find the truth”.

Dunn has previously spoken of racial epithets hurled at him and other police by rioters, many of whom were associated with ultra-nationalist and white supremacist groups.

Fanone was stun-gunned and beaten by rioters and suffered a heart attack during the mayhem. He has previously told US media that the clashes amounted to “the most brutal, savage hand-to-hand combat” of his life.

Meanwhile, on Tuesday, four Republican legislators and close Trump allies plan to hold a news conference in front of the Department of Justice claiming the rights of arrested rioters are being overlooked.

In a statement, Representative Louie Gohmert likened federal authorities’ treatment of the arrestees to the “abuses of political prisoners in tyrannical third-world countries”.