Dallas, Texas, US – During the last decade, Hungarian Prime Minister Viktor Orban has consolidated power over Hungary’s judiciary and press and chipped away at the country’s democratic foundations. He has called “ethnic homogeneity” the key to economic growth, and deployed the army and erected razor wire fences to stop Syrian refugees from entering the country.

Orban has championed a law banning teaching LGBTQ topics in schools, and in a speech in July, criticised creating peoples of ”mixed-race” and seemed to joke about Nazi gas chambers, prompting a longtime adviser to call his comments “pure Nazi” and “worthy of Goebbels”.

To critics around the world, Orban’s Hungary is a cautionary tale of demagoguery, authoritarianism and nationalism run amok. But to hundreds of dyed-in-the-wool US Republicans listening to him speak at a Conservative Political Action Conference (CPAC) in Dallas, Texas, on Thursday, Orban’s Hungary is something else entirely — a Christian, anti-woke, conservative utopia and an aspirational model for what they want the United States to become.

“Orban was invited here to speak because his form of leadership should be a model for the United States,” said David Wall, a 23-year-old who works in forestry. Wall travelled about 270km (170 miles) from his home in Oklahoma to Dallas.

Wall answered questions in a hallway of the fancy hotel where CPAC is being held. An exhibit room behind him was packed with mostly white attendees and vendors hawking items including ‘Classic Bible Art’; conservative board games including ‘Swing State Steal, a party game of fake news and vote theft’; and all manner of Donald Trump-themed merchandise from T-shirts to socks, sandals, bags and skirts. The former US president is due to speak at the convention on Sunday.

Dressed in a blue jacket and trousers, Wall said the media has been very unfair to Trump and Orban. 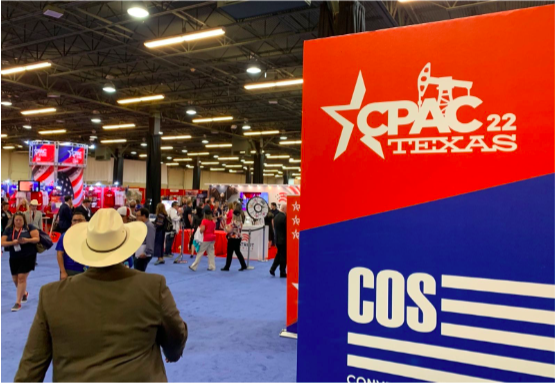 “The media and critics have unfairly labelled [Orban] as autocratic,” Wall said. “Orban is getting things done and not bowing down to the mob. I like that Orban, like Trump and [Florida Governor] Ron DeSantis, stands up to the left. People here appreciate that.

“A lot of Republicans don’t do that to the extent that they should,” Wall added.

It is not the first time Orban has spoken at a CPAC conference. He addressed an International CPAC gathering in Budapest, Hungary, in May. Event organisers called Orban’s Hungary “one of the engines of Conservative resistance to the woke revolution”.

In a recorded speech at the conference in Budapest, Trump called Orban “a great leader, a great gentleman”.

Orban was a very early supporter of Trump, endorsing him for US president in 2016 and 2020. Trump endorsed Orban in his reelection campaign this year.

“Orban and Trump are like two peas in a pod, personality wise and policy wise,” Wall said. “They want to protect the border and they stand for traditional values.”

Jim Riddlesperger, a professor of political science at Texas Christian University in Forth Worth, Texas, told Al Jazeera that Orban’s values “are at variance to core values of American society”, but in the current US political climate, it “makes sense that CPAC invited him to speak”. 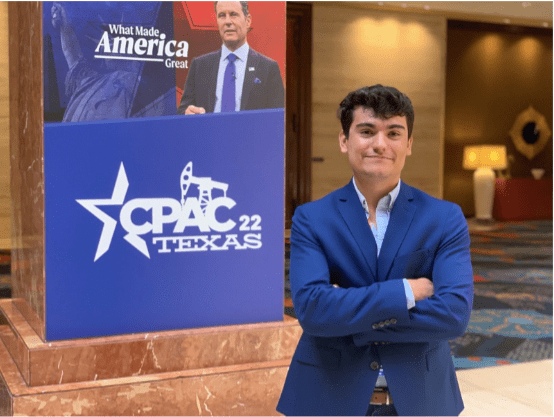 “I would guess that a lot of CPAC folks probably know little about Orban, but they know President Donald Trump endorsed him earlier this year”, Riddlesperger said, “and so they say they support him.”

Trump remains very popular among Republicans. Almost half of Republicans would vote for Trump in the 2024 Republican presidential primary according to a New York Times/Sienna College poll from July. Florida Governor Ron DeSantis, who has also been compared with Orban, finished second in the poll with 25 percent.

Several CPAC attendees told Al Jazeera they hoped Trump would run for US president in 2024 on a ticket with DeSantis as his vice president.

Andrew Gawthorpe, a lecturer in US history at Leiden University in the Netherlands, says the Hungarian prime minister’s strategies resonate with conservatives.

“Cultural/religious conservatives absolutely do see [Orban] as a big example to follow”, Gawthorpe told Al Jazeera in an email. “They love how he aggressively takes cultural and racial fights up with the left.”

Addressing the CPAC crowd in Dallas, Orban said: “I am an old-fashioned freedom fighter … the leader of a country under the siege of progressive liberals.”

In his speech, titled “How we Fight,” Orban excoriated the media and non-governmental organisations. “They hate me and slander me as they hate you and slander you,” he said to loud applause. 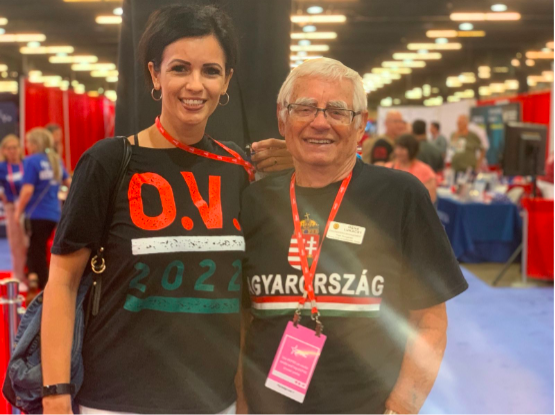 “We must address migration, gender and the clash of civilizations,” Orban said. “If you separate Western Civilisation from its Judeo-Christian heritage, the worst things in history happen.”

“We were the first country in Europe to stop illegal migration,” Orban continued.

Texas resident Gene Lukacsy migrated from Hungary to the US in 1973. A retired engineer, Lukacsy calls himself a “big fan of Orban” and hopes US Republicans will learn from him.

“Orban is a strong leader who tells you like it is,” Lukascy said. He knows that “just letting immigrants into your country is not a good thing”.

“Their culture is so different, bringing them into the country doesn’t help anything,” Luckascy added.

Asked about Orban’s critics who say democracy has withered in Hungary under his leadership, Lukascy responded: “The liberal, trash media is very skilled at lying.”

Leslie Read, an 85-year-old retired engineer from Dallas, admitted not following Orban’s policies that closely but said he had read reports of him being a “strong, conservative leader”.

“Trump has America First, and Orban has Hungary First. He wants Hungary to be independent, proud and strong — a place where people can go to be free,” Read said.

Read is a member of the Log Cabin Republicans, which bills itself as the nation’s largest Republican organisation dedicated to representing LGBTQ conservatives.

After making clear he was speaking for himself and not for the organisation, Read said he had not heard about Orban’s push to prevent LGBTQ topics from being discussed in schools.

“But what you hear in the news isn’t always true,” Read claimed.

Last month, the European Commission began legal proceedings against Hungary over the law, which was enacted last year and bans the use of materials seen as promoting homosexuality and gender change in schools.

‘Signpost’ to a better way

Some of the far-right in the US see Orban’s brand of racially-motivated populist politics as a path to political power in the US — a country where changing demographics are threatening Republican electoral chances, Riddlesperger said.

Prominent right-wing US political talk show host Tucker Carlson, who broadcast an episode of his show from Hungary in 2021, has called Orban’s leadership a “signpost to a better way” for the US.

“If you care about Western civilisation and democracy and families and the ferocious assaults on all three of those things by the leaders of our global institutions, you should know what is happening here right now,” Carlson said in 2021.

After praising Carlson during his speech in Dallas, Orban urged attendees to follow Hungary’s lead and fight for what he called the future of Western civilisation.

“We Hungarians know how to defeat the enemies of freedom on the political battlefield,” he said.

Orban framed the fight for political power as existential.

“The world looks to you for the future,” Orban told his audience in Texas. “The future of the West is in grave doubt.”