Will it be a blue shift? A red mirage? Could there be another recount in Florida? Or will the United States presidential election truly be, as polls suggest now, a runaway victory for former Vice President Joe Biden?

The US is heading into the most consequential election in a generation, and academics, data scientists and pundits have been crunching numbers and running simulations – and preparing for the worst with increasing urgency as President Donald Trump casts doubt on the integrity of the election.

With the novel coronavirus keeping people at home and record numbers of voters submitting ballots by mail, there exists a very real possibility the public will not know who has won the White House on election night. What these experts have found is that anything short of a blowout one way or the other could be bad news for democracy.

And much like the famous election of 2000, it is all likely to come down to Florida. 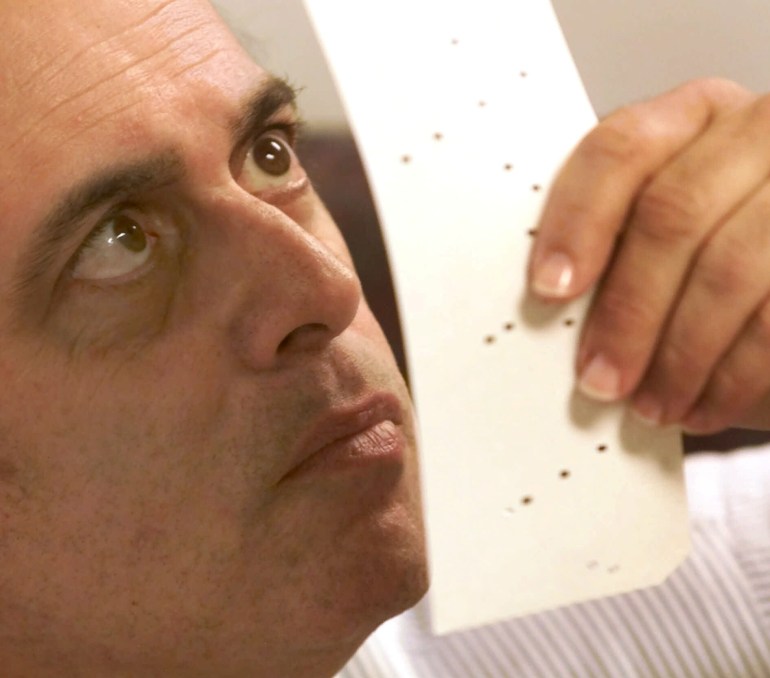 Michael McDonald, a professor of political science at the University of Florida, wants everyone to take a deep breath. Polls this week showed Biden with a sizable four-point advantage over Trump there, Trump has virtually no path to victory without the Sunshine State, as elector-rich states like California and New York are perennial Democratic shoo-ins.

“If the polls are correct, then you should be able to call the winner of the presidency on election night,” McDonald said. “If Biden wins Florida, that means that Trump has very limited pathways to a victory in the Electoral College.”

Conversely, lingering doubts about who won could also be allayed through a decisive Trump victory in Florida. But that would mean a whole different set of problems. McDonald said pollsters have made adjustments after failing to predict Trump’s 2016 victory over former Secretary of State Hillary Clinton and would have to be “tragically wrong” to flub this one.

McDonald runs the US Elections Project, a voter statistics hub. Among the most significant findings this year: The US is seeing record early voting numbers. More people have already voted early this year compared with 2016. The country has already reached almost 40 percent of the total number of votes cast in 2016. In battleground states like Florida, Texas and North Carolina, that number is already more than 50 percent.

But the real difference this year will be counting the record numbers of mail-in ballots. Though Florida is famous for hanging chads and the George W Bush v Al Gore recount, the state has instituted reforms in the 20 years since, including recently allowing counties to start processing votes about a month before Election Day. In 2018, the state made quick work of tallying up two major statewide races for governor and Senate that were decided by less than 1 percentage point.

“A state like Florida will count more than 99 percent of its ballots on election night,” McDonald said. “If it’s a narrow Trump win of Florida, even if we’re not quite in a recount situation, but Trump wins by like a percentage point, that’s where we’re into the long count of all the votes and all the doomsday scenarios may unfold.”

If Florida is close, all eyes turn to the Midwest.

That is where the doomsday scenario may play out. Some call it the blue shift. Others, a red mirage. But the gist is this: The numbers on election night show a Trump victory, which then slowly edges towards a Biden victory as more ballots are counted throughout the week.

More than half of all mail-in ballots have come from Democrats, according to data from states like Florida, North Carolina and New Mexico where people register by party affiliation. Less than a quarter have been Republican.

While that likely forecasts good news for Democrats in the long term – those are surefire voters, whereas there is no guarantee who will show up to withstand lines or potential COVID-19 exposure on November 3 – it could lead to confusion in the short term.

That is exactly the worst-case scenario Hawkfish predicted a few months ago. But Mendelsohn sounded less like a doomsayer about two weeks before the election than he did earlier this summer in an appearance on Axios’s HBO show.

“We remain concerned that many key jurisdictions are going to be overwhelmed on Election Day and the days beyond, but have been heartened by how many states and counties have heard the message and adapted processes, put in additional infrastructure, and are working hard to accurately count these large numbers of mail-in ballots quickly,” he said.

That does not mean we are in the clear. Trump famously won in 2016 on the strength of fewer than 78,000 votes combined in Michigan, Pennsylvania and Wisconsin. Unlike Florida, officials in Wisconsin and Pennsylvania cannot start counting votes until election night and in Michigan, they cannot start until the day before the election. So even as polls show Biden up anywhere from four to 10 points in those states, masses of early mail ballots, which are likely to include more Biden votes, could swing what initially looks like a Trump victory towards Biden as late as days after the election.

Several groups have convened over the last year to strategise about how to protect the election should Trump refuse a peaceful transfer of power and continue to tell his supporters the election was “rigged” as votes are counted.

The Transition Integrity Project, a consortium including many former party big-wigs, conducted war games over the summer. An August report showed almost every election scenario resulted in constitutional crises of varying severity, with some as alarming as Trump mobilising the National Guard to stop vote counting.

Meredith McGehee, executive director of the democracy reform organisation Issue One, is involved in both of those groups and said the members have been calling governors, attorneys general and military officials. It is not that she necessarily thinks we are headed for a cataclysmic event, she said, but the conditions do exist. There has been a decline in trust in institutions, armed violence and street protests have been ubiquitous, and Trump continues to be a wild card.

But she has seen some heartening signs too. For instance, there has been a lot of media coverage about the potential that the country will not know who wins on Election Day. That seems to be sinking in with the public, too, with a recent poll finding two-thirds of voters do not expect to know who will win on the night of the election.

“If you want to game out all the terrible things that could go wrong, there’s lots of them, and they can be very scary,” she said. “The best way to ensure that there’s not a cataclysm is to prepare.” 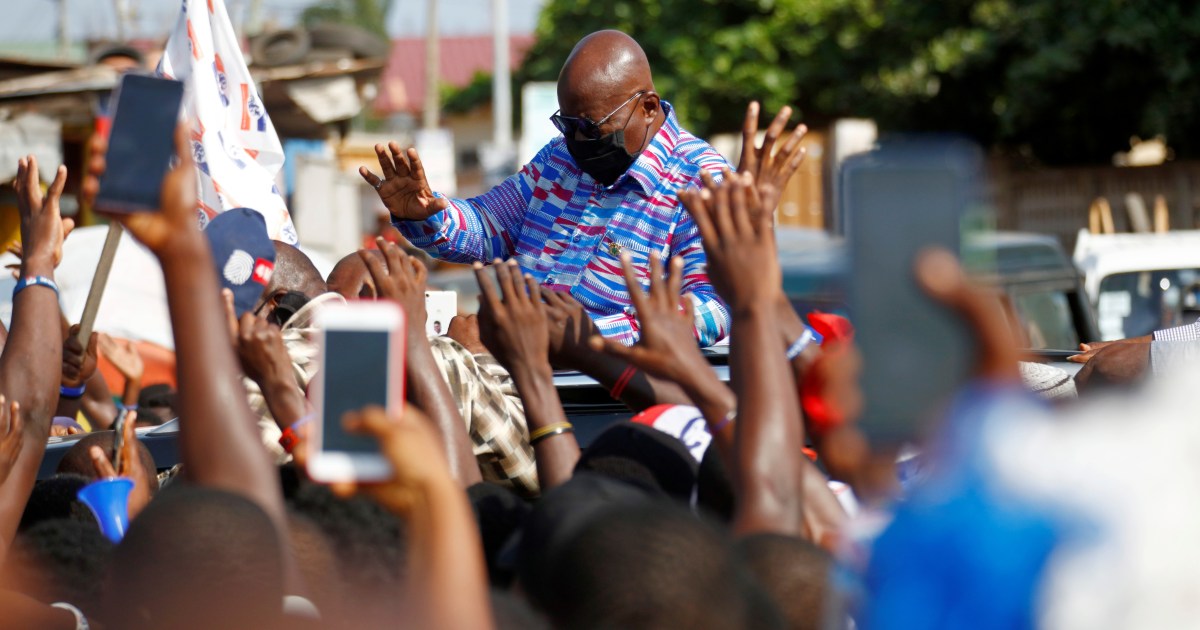 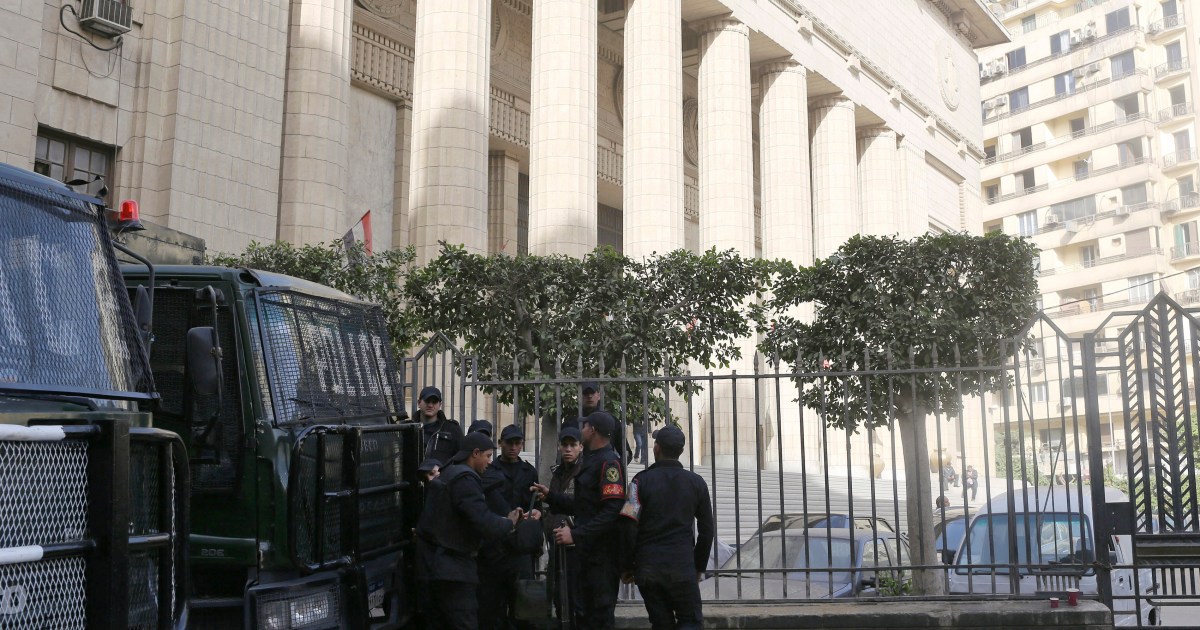 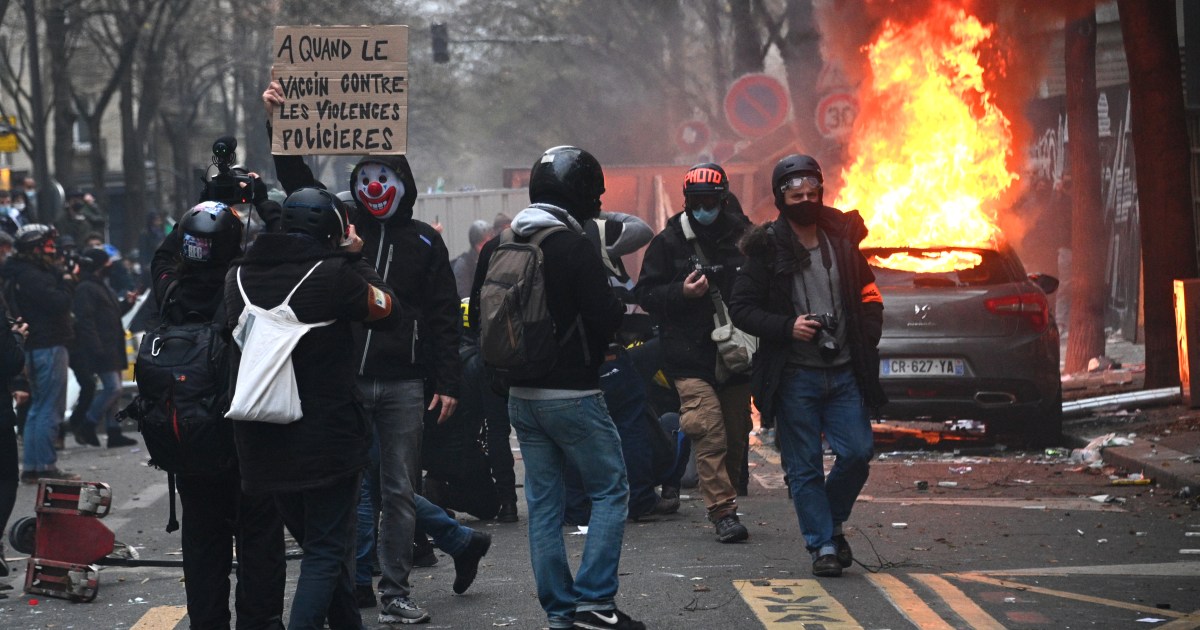 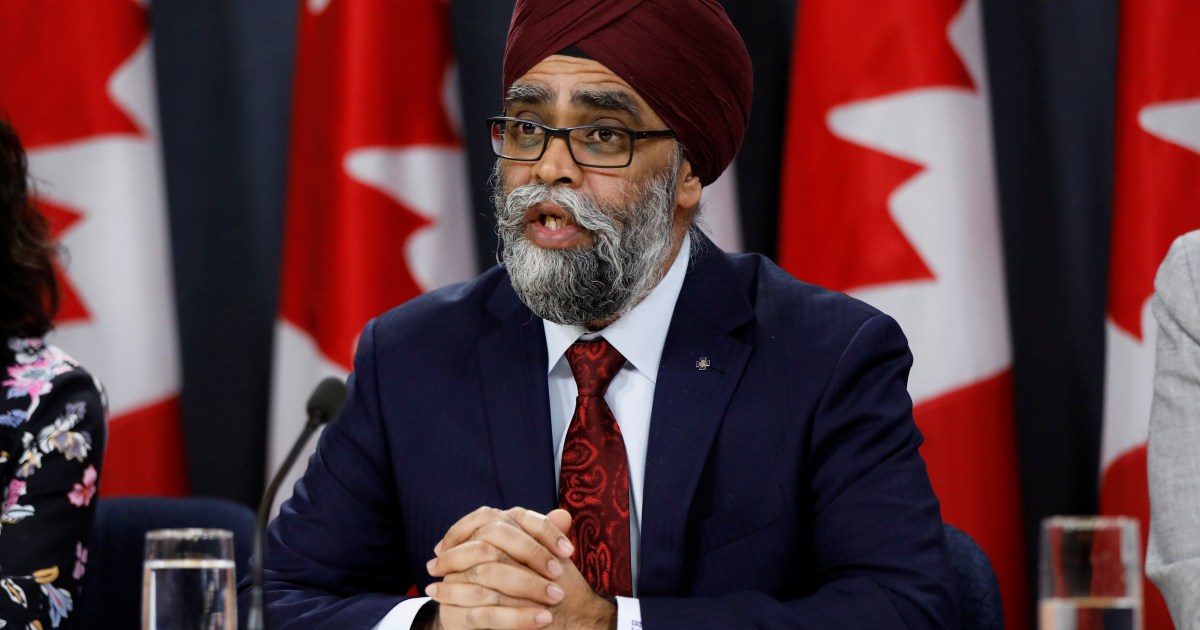 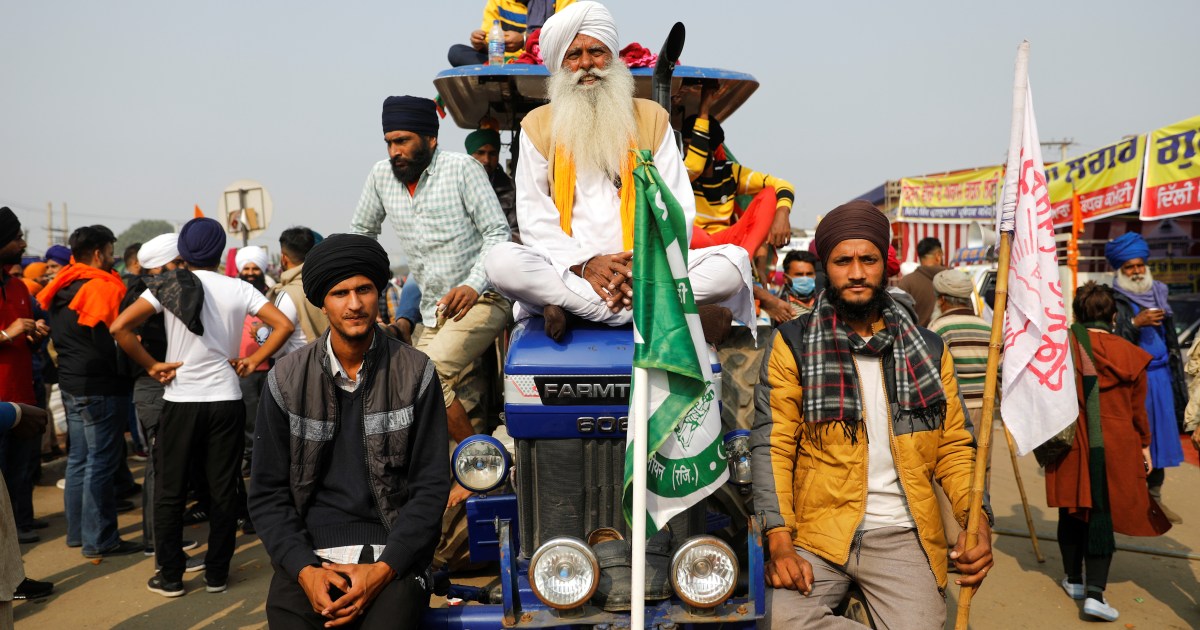 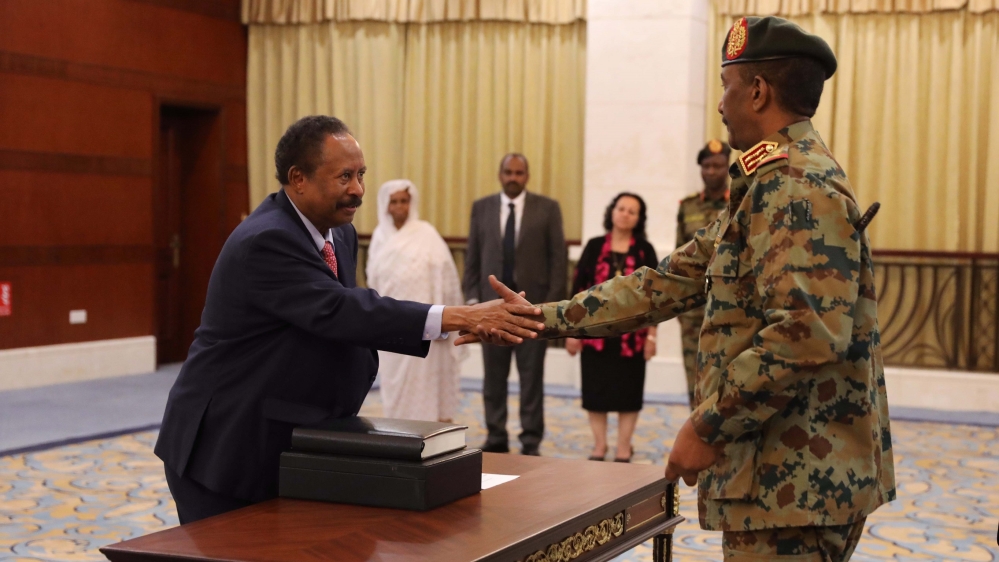