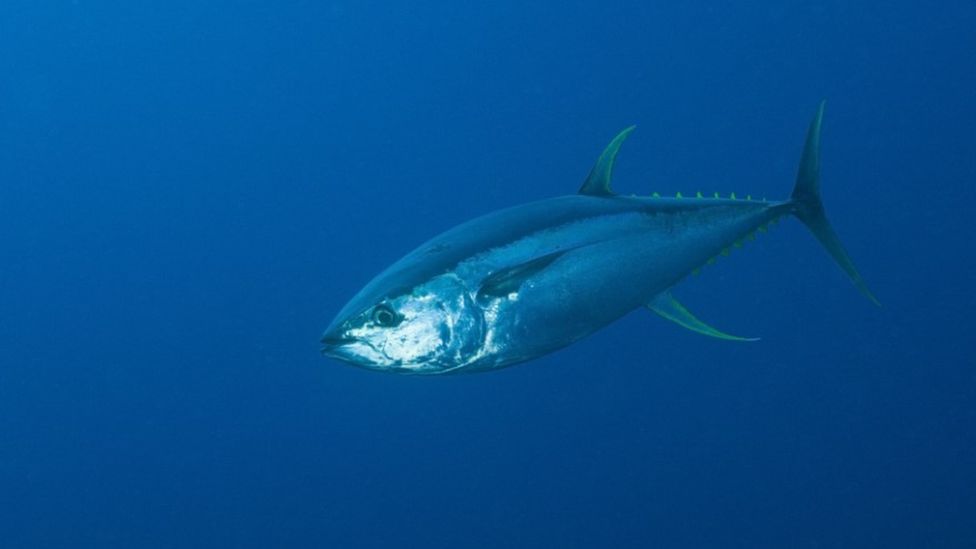 A huge marine reserve in the Pacific Ocean has led to the recovery of tuna and other migratory fish around its borders, according to a study.

The Papahānaumokuākea Marine National Monument in Hawaii is almost four times the size of California.

Fishing is banned inside the zone, but a spillover effect has boosted tuna stocks in nearby waters, scientists have found.

Scientists on board fishing boats found that the marine protections put in place had also boosted tuna species just outside the marine reserve.

Catch rates for yellowfin tuna had increased by 54%, bigeye tuna by 12% and all fish species combined by 8%, according to the research, published in the journal, Science.

Fishing is almost entirely prohibited within the protected area

It's likely that the size of the protected area and the homing behaviour of some tuna species in the region played a role in the positive effects observed, they said.

"It's important to point out that this protected area was not created with the intention of protecting tuna," said Professor John Lynham from the University of Hawaii at Mānoa.

"This fish benefit was a happy accident of the initial intent, which was to protect biodiversity and culturally important areas."

Papahānaumokuākea was created in 2006 to protect biological and cultural resources.

The monument is co-managed by Native Hawaiians, the state of Hawaii and the US federal government.

Marine protected areas are seen as a vital tool to safeguard the oceans, with calls for 30% of the world's oceans to be protected by 2030.