He’s not very important to us, but he keeps stalking us. 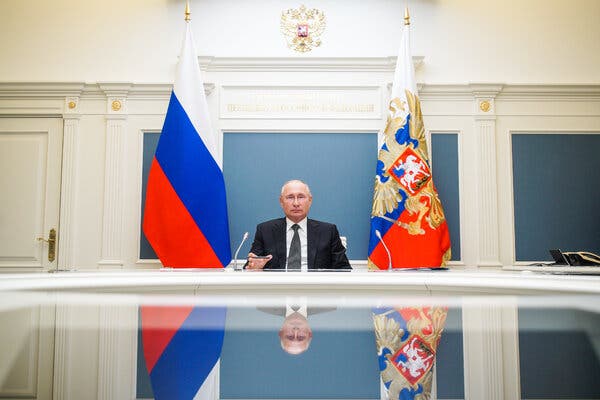 The recent discovery of a massive, highly sophisticated hack, almost certainly by Russia, of key U.S. technology companies and government agencies puts the new Biden team in a real quandary: How, when or even whether should they retaliate against Russia’s president? I have a lot of sympathy with that quandary — because Vladimir Putin has become America’s ex-boyfriend from hell.

There was a time when Russia — formerly the core of the Soviet Union (a country with double the population of the one Putin now rules) — was very important to us. It once threatened to conquer all of Europe and spread communism across the globe. That time was the Cold War. That time is long gone. Our most important global rival today is China.

Putin is not very important to us at all. He’s a Moscow mafia don who had his agents try to kill an anti-corruption activist, Aleksei Navalny, by sprinkling a Soviet-era nerve agent, Novichok, in the crotch of his underwear. I’m not making that up! Russia once gave the world Tolstoy, Tchaikovsky, Rachmaninoff, Dostoyevsky, Sakharov and Solzhenitsyn. Putin’s Russia will be remembered for giving the world poisoned underwear.

But to distract his people from his corruption and maintain his grip on power, Putin presents himself as the great defender of the Russian Motherland, and its Orthodox Christian culture, from godless, pro-gay Westerners. And to inflate his importance — in his own eyes and in the eyes of Russians — he keeps stalking us. He meddles in our elections, hacks our companies, while denying it all with a smirk and relishing the notion that so many Americans think he installed Donald Trump as president.

This is a new kind of strategic problem for U.S. planners — how to deal with a geopolitical stalker? How do you deal with a Russian leader who’s not a superpower but a supertroll, an old suitor who won’t accept rejection: “Vlad, we’re just not into you anymore. We’re seeing other people, like China. If we could, we’d get a court order to keep you 5,000 miles away.”

To be sure, Putin still controls dangerous nuclear missiles. I’m glad that he and President Biden agreed last week to extend the New START nuclear treaty that was about to expire. And, as we’ve just seen through the far-reaching hack of our companies and government, his cybercapabilities are significant.

But it all masks a country that is actually not very dynamic at all. In the real world, where countries thrive by making stuff that others want to buy, Putin’s top seven exports are: oil and gas (52 percent); iron; precious metals; machinery and computers (2.1 percent); wood; fertilizer; and cereals.

For a country with so much human talent, that’s pathetic. Russia today is a Czarist economy with a space station — Dr. Zhivago with nuclear missiles and hackers. Meanwhile, scientists who fled Russia have made Israel and Silicon Valley tech superpowers. A rare success is Russia’s Covid-19 vaccine, but it is difficult to mass produce.

When did you last buy a computer, smartphone or app from a Russian company? A Russian car? A Russian watch? Russian-made commercial aircraft? I’d rather take a bus than fly on one. The only Russian exports that appeal to Westerners are caviar, vodka and nesting dolls — and we’re full up on all three.

Why is that? Because Putin trusts the stuff that comes up from the ground more than the stuff that might come out of his people’s heads. So, he has built a petro-autocracy that is fueled by natural resources, not human resources. He then uses the cash to lubricate an engine of corruption that keeps him and his cronies in power, while denying his youth the tools and freedoms to truly realize their full potential.

So, Vlad, you hacked our companies. Tell me, to what end? You’re not going to invade us. Your system of government — kleptocracy — is obnoxious to your own people, let alone foreigners. We certainly have no interest in invading you. And what are you going to do with all those stolen credit card numbers? A massive Amazon buy? (“I’ll take eight million diapers, 30 million rolls of toilet paper, and throw in four million pairs of men’s underwear.”)

The truth is, everything worth stealing in America is in plain sight. It’s our Constitution, Declaration of Independence, Bill of Rights, free and fair elections, independent judiciary that upholds elections — even if the incumbent loses — and our independent F.B.I. But Putin wants none of those. (Which is probably good, since we’ve had trouble holding onto them ourselves — but that’s for another column.)

So how best for Biden to deal with this geopolitical stalker? Answer: low-cost military deterrence and high-volume diplomacy that puts us solidly behind Navalny’s anti-corruption movement. Message to Putin: “Our last president was with you. We’re instead with your people. Have a nice day.”

In terms of deterrence, Russia expert Leon Aron, author of “Boris Yeltsin: A Revolutionary Life,” told me that whenever Putin’s popularity dips, or he is challenged by a significant opposition movement like Navalny’s, his go-to reaction is “militarized patriotism, anti-Americanism — and some move to recover the lost glory of the Soviet superpowership.”

Aron argued that we should prepare now for a possible Crimea-type attempt to “seize and annex areas just across Russia’s border with significant ethnic Russian populations — to reignite Russian patriotic fervor and expose NATO as a paper tiger.”

In other words, he added, it might be a good time for Biden both to rescind Trump’s order withdrawing about one-third of the U.S. troops in Germany and to reinforce Baltic NATO members Estonia and Latvia, both of which have significant ethnic Russian populations.

On anti-corruption, last week I took part in a Zoom call with Vladimir Ashurkov, the head of Navalny’s Anti-Corruption Foundation. Ashurkov, speaking from London, shared a letter just sent to Biden, urging him to impose sanctions against 35 individuals in Russia who he claims supply Putin’s “mistresses and their parents, and Putin’s children, with yachts, apartments and multimillion-dollar-a-year jobs at the companies they control.”

Our current economic sanctions are too diffuse, Ashurkov said. By banning these 35 from traveling to the West and laundering money there, we would be squeezing the key people who can squeeze Putin.

The reason Navalny is such a threat to Putin — the reason Putin’s court on Tuesday threw him back in jail for about two and a half years — is that Navalny is as much a Russian nationalist as Putin is, but he focuses his campaign on Putin’s massive corruption. In court, Navalny called Putin a “little thieving man in his bunker.”

This is resonating widely in Russia partly because Navalny’s foundation recently released a video showing a $1.7 billion Versailles-like palace that it alleges Putin had built for himself on the Black Sea. The video has been viewed more than 100 million times.

Putin denies he is the owner (one of his cronies claims it is his) and called the video “boring.” I hope the White House tweets out the link twice a day.

At the same time, let’s not forget that Biden’s climate/green energy policy is a huge win-win deterrent for us: Every new gigawatt of U.S. clean energy makes Putin’s oil and gas less valuable and America healthier.

And, finally, there is one last deterrent message Biden could send Putin — a reminder that his chump Trump has left town: “Vlad, if all the computers in the Kremlin stop working one night — and ‘Born in the U.S.A.’ starts blaring through the speakers in Red Square — consider it a gentle reminder from the U.S. Cyber Command of what we could do to you if we thought you really mattered.”

The Times is committed to publishing a diversity of letters to the editor. We’d like to hear what you think about this or any of our articles. Here are some tips. And here’s our email: [email protected]. 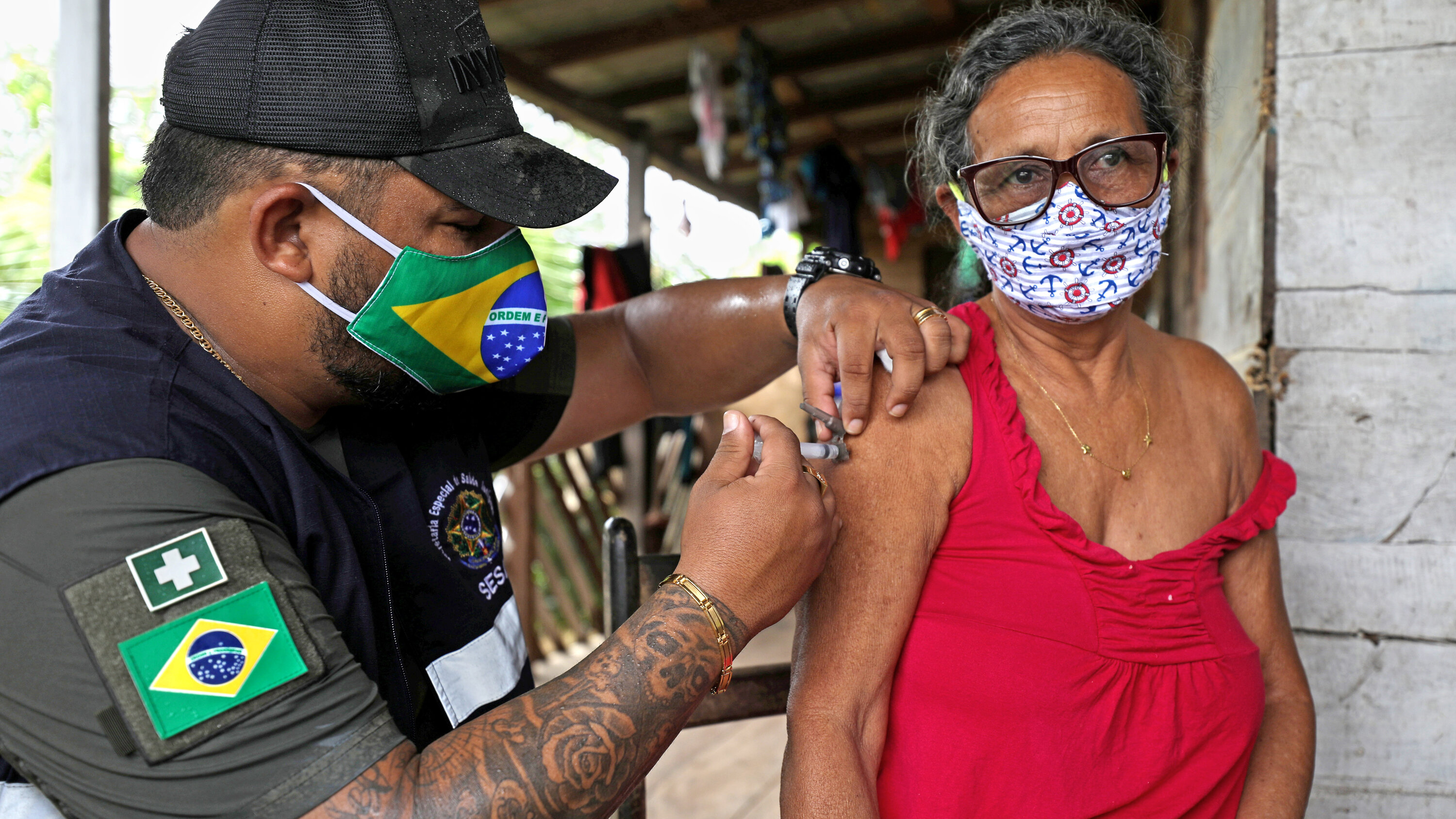 Brazil Is Brilliant at Vaccinati... 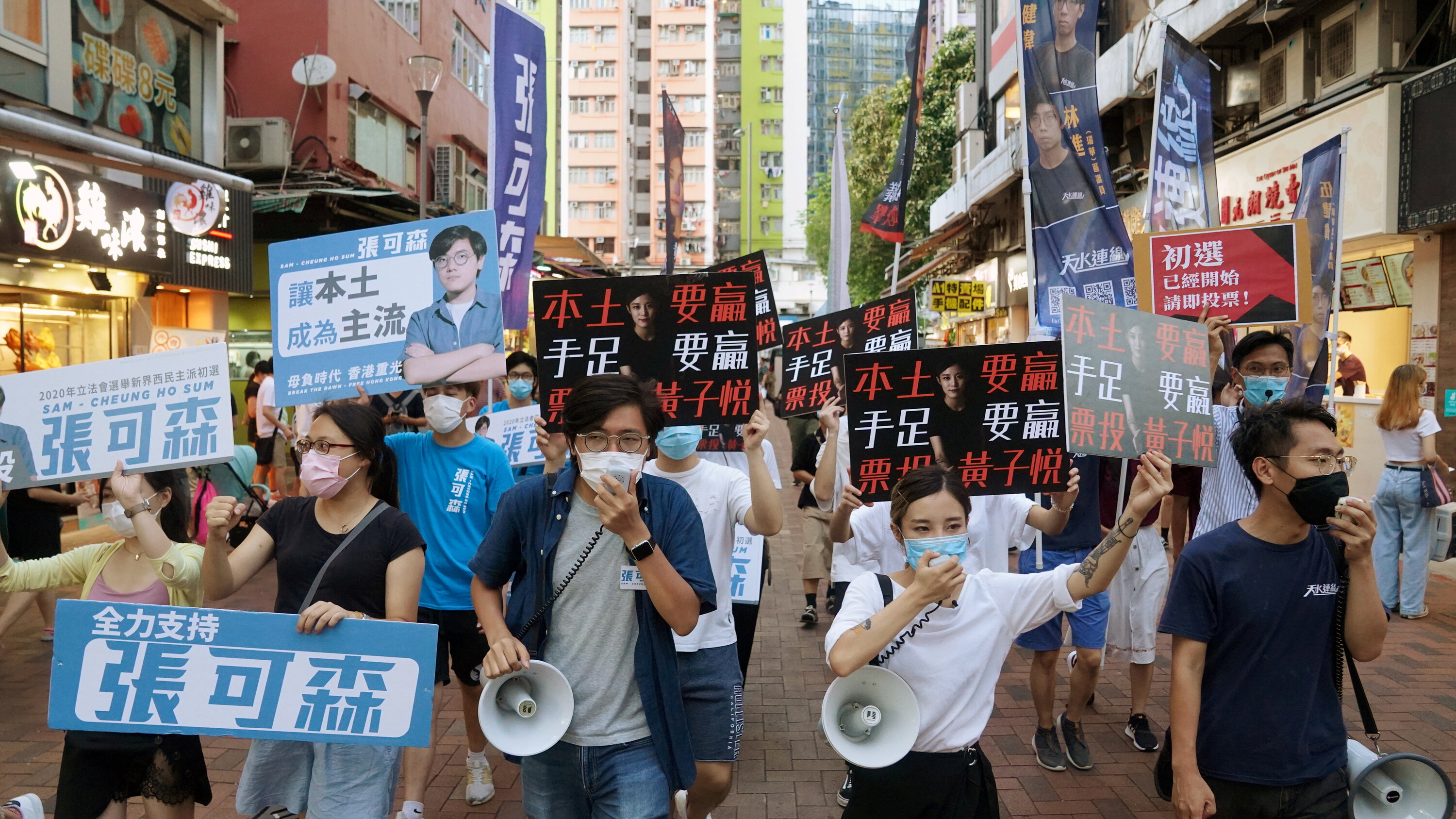 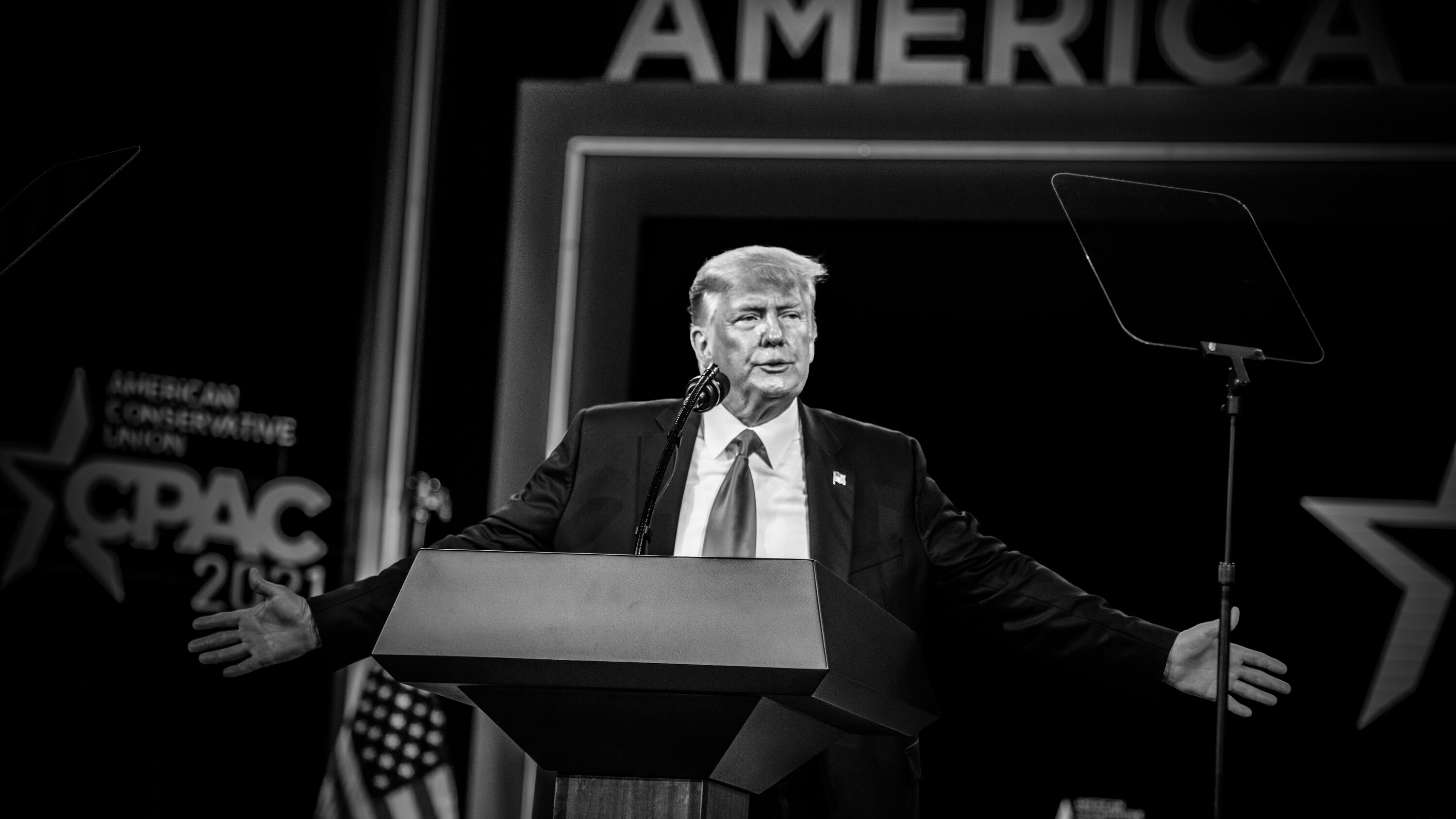 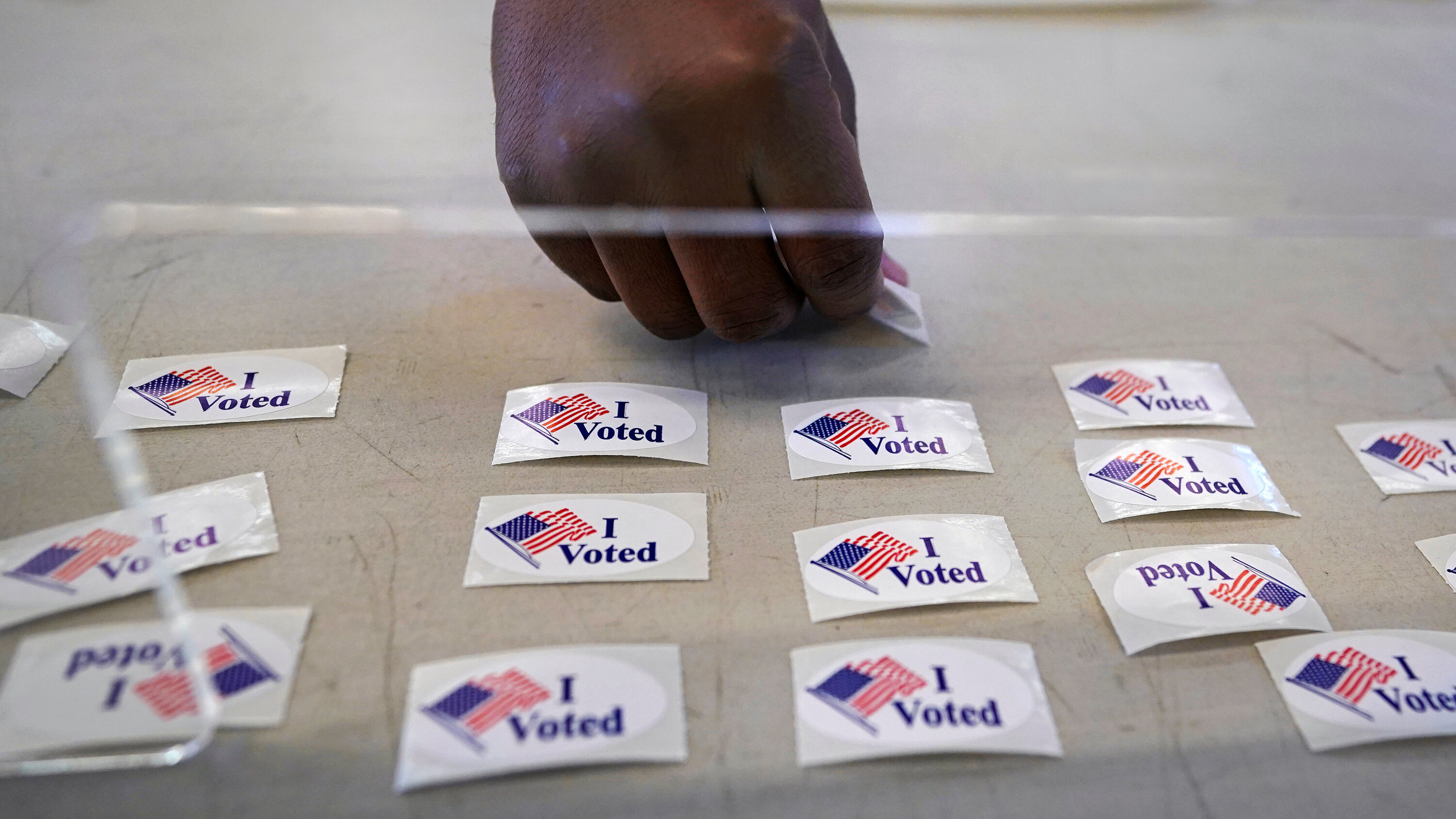 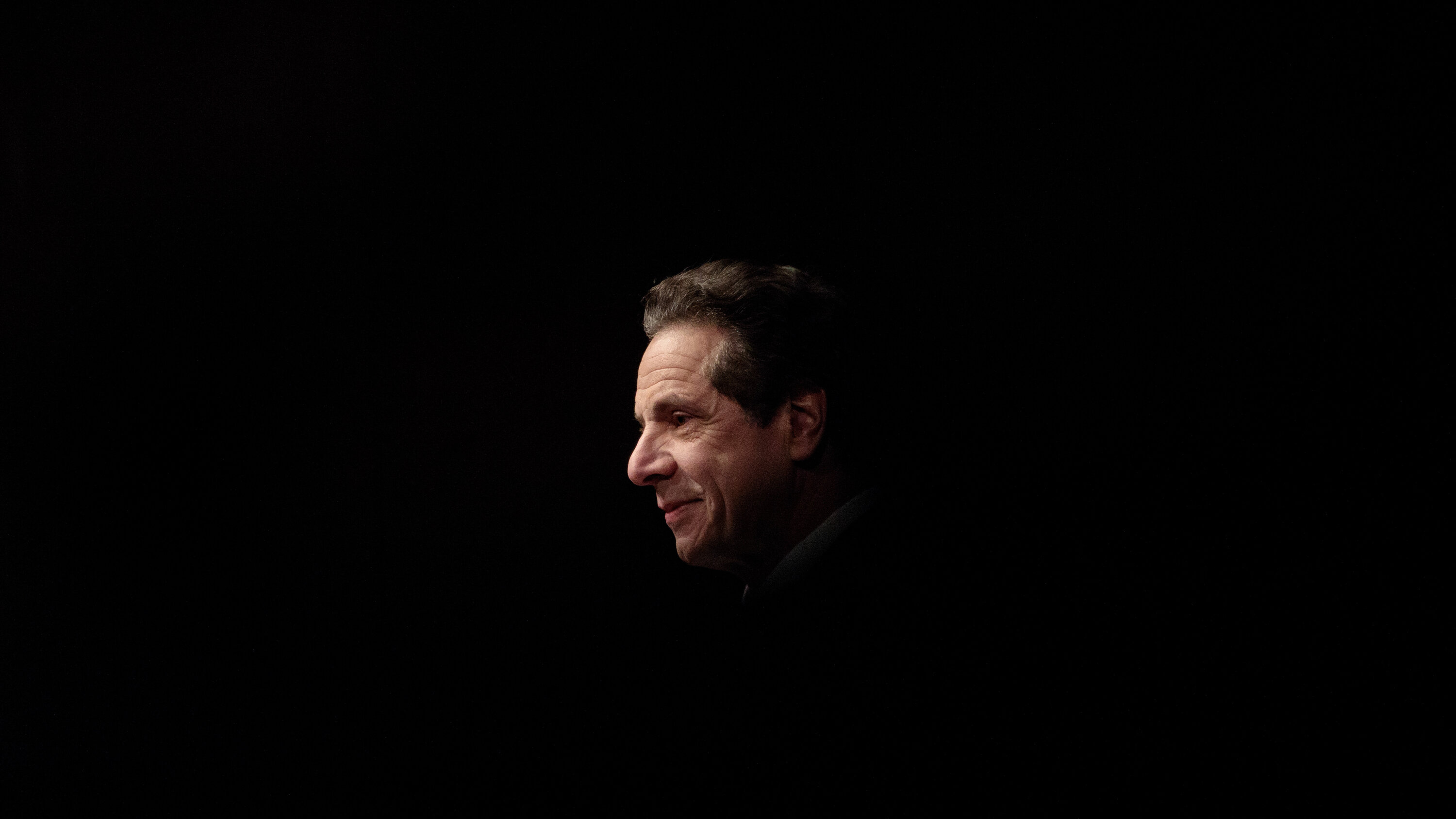 Cuomo and the Twilight of the An... 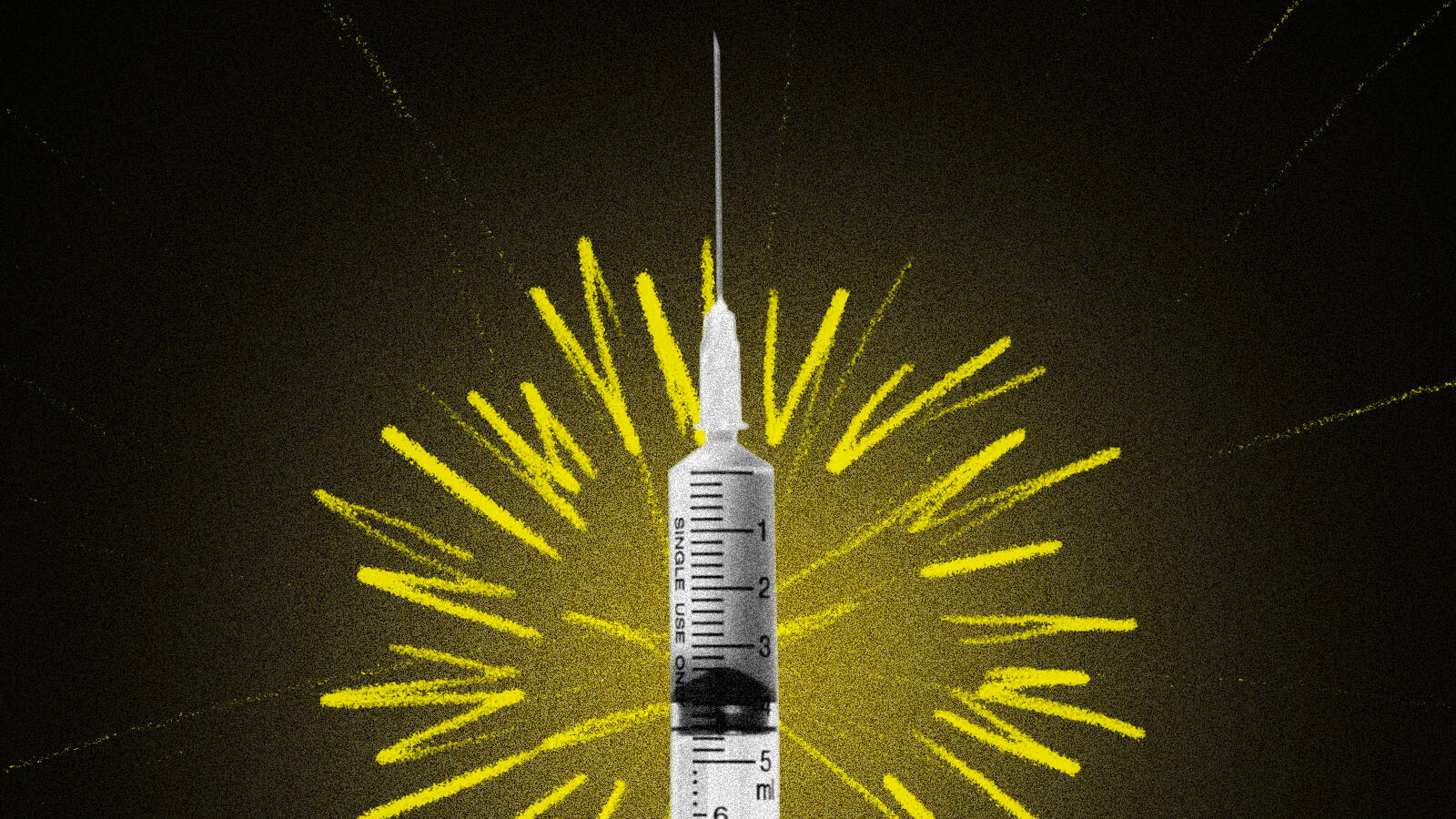 The Final Push to End the Corona...