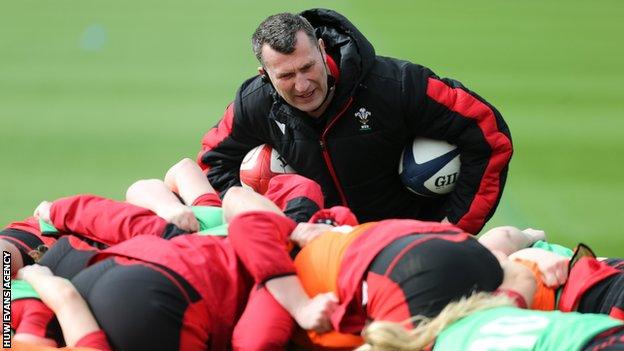 Wales women's interim coaching team will stay in place for the 2022 Rugby World Cup, the Welsh Rugby Union has confirmed.

Ioan Cunningham will remain in charge and be assisted by Geraint Lewis, Richard Whiffin and Sophie Spence.

The coaching team were initially set to take charge of the autumn internationals while the WRU searched for a new head coach.

But they will now remain in post for next year's tournament in New Zealand.

Wales will also have a new training base at the Principality Stadium, moving across from the Vale.

It will include a purpose-built gym, medical centre and team rooms and is adjacent to Cardiff Arms Park, which will be their training and playing home for the season.

The centre has been used by the Wales squad this weekend for their first training camp since the announcement of the autumn squad.

The move is part of the WRU's promise to right the wrongs of the past which have seen the women's side suffer on and off the pitch in the past few years.

"I'm pleased to put my faith in this young, exciting team of coaches one year out from the Rugby World Cup," said WRU performance director Nigel Walker.

"As a union, we are committed to providing the coaches and players with the support they need to give the squad the best possible preparation for next year's Rugby World Cup.

"In addition to the coaching team, the programme will benefit from expert support in areas including strength and conditioning, physiotherapy, medicine, nutrition and performance analysis. We are committed to building a world-class women's programme.

"Having carefully studied all the options, we feel putting our confidence in these coaches for the next 12 months is the best possible solution available to us at this time, both in terms of their coaching pedigree, the cohesion of the group and the much-needed stability they bring to the roles."

One year out from a World Cup - where are Wales?

Lewis is a familiar face to many of Wales' squad members as he was part of the coaching set-up for the 2019 autumn internationals and the 2020 Six Nations.

Cunningham brings plenty of experience from his time as Wales Under-20 coach and at Scarlets, where Whiffin was an attack coach.

Wales were left without a head coach following the departure of Warren Abrahams in the summer after less than nine months in the role. 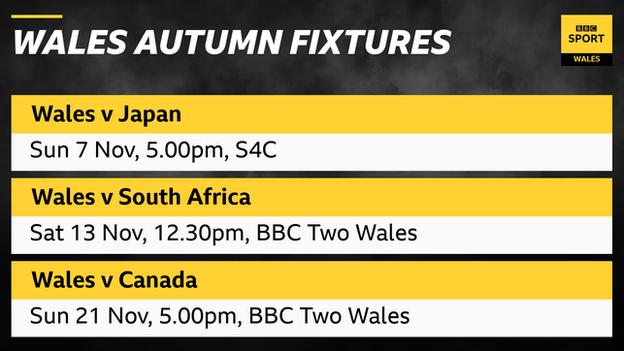