Warner can attempt to have leadership ban lifted 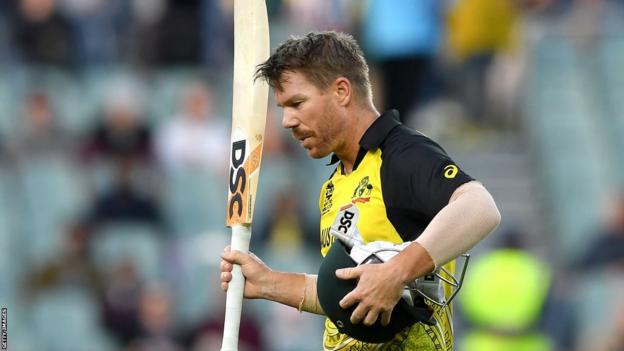 David Warner will be able to attempt to have his lifetime leadership ban lifted after changes to Cricket Australia's code of conduct were approved.

Warner was banned from elite cricket for 12 months and from leadership positions for life by CA in 2018 for his part in the infamous ball-tampering scandal in South Africa.

But the 36-year-old can now apply to have his sanction "modified" by a three-person review panel, as long as "exceptional circumstances" exist to justify a change to his ban.

These include whether he has shown genuine remorse, his behaviour and conduct since he was handed the ban, and whether sufficient time has passed to allow for reform or rehabilitation.

After Aaron Finch stepped down as Australia's one-day international captain, there have been calls for Warner to fill the vacancy.

Pat Cummins, Australia's Test captain, was named as Finch's successor in October but has said he would be willing to share the ODI captaincy to ease his burden.

Opening batter Warner previously deputised as ODI captain in 2016 and 2017 and was vice-captain of the Test team when he was banned.

Asked if he wants to be captain, Warner said in October: "If it ever presented itself it would be a privilege, but for me it is about focusing on the next game and what I have to do for the team."