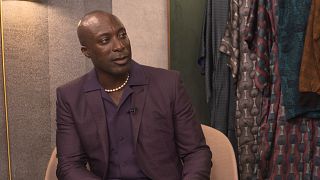 The fashion business needs to get closer to its clients if it is to become environmentally sustainable, celebrated designer Ozwald Boateng says.

Boateng says the industry is structured to be wasteful - and that cultural change is needed.

"If I want to attract you as a client, I'm going to have 10 different sizes. How many colours to get that one or two purchases from you? If I knew what you wanted from the start, then I wouldn't have to create so much. It could be more focused. And so the way the business works has to change. I think we have to get into a culture of learning to wait," he told Euronews's Jane Witherspoon.

Boateng's latest collection Black A.I. represents a new departure for a man who made his name in top-end menswear: it's unisex.

He's been in Dubai to launch it, and that's where Euronews's Jane Witherspoon caught up with him.

Jane Witherspoon: Great to have you here. Why unisex and why now?

Ozwald Boateng: Well, that's quite an interesting question, actually. I did this show a few years back in 2019, I did this huge show at the Harlem Apollo. And I've been designing menswear, as you know, for quite a while.

OB: 25 plus, more than 25 years. Anyway, my daughter’s always been complaining I've not been making much for her, always for her younger brother. And so I decided that I was going to do some things for women.

A world of almost genderless clothing

What was interesting was when I was doing the show, I created this collection with a few pieces of women's wear in it, and then I realised that my menswear was also working well for the women as well. And so that's how I ended up finding myself in this world of almost genderless clothing.

JW: You hit London back with a bang after a 12-year hiatus, didn't you? You showcased at London Fashion Week in February. Why have you been away so long? What have you been doing?

OB: Well, first and foremost, I mean, London menswear there isn't much of a platform for that. And I think so that's always part of the reason… the issue. I mean, I've always been forced to have the show in Paris or New York or Milan. That's the first point.

But I think also COVID, right? It's been two years at home, twiddling my thumbs. So thinking, what am I going to do now, when the world restarts? And so I decided to do a big fashion show to celebrate that and also backed up with what happened during lockdown with George Floyd. There was a catalyst of communication around black culture, and I wanted also to demonstrate that within the collection. So the show itself was this real celebration of culture.

The emergence of black talent

JW: You said it was a celebration of black excellence. And the narrative has really changed, I think. You've experienced racism yourself, how do you feel and how important is it that things have shifted or started to shift?

OB: It's not comparable to when I started in the business for the longest time when I was going to these fashion events, I'd probably be the only black person in the room. So that's for decades. And that's changed significantly now in the last, I'd say three, four, five years.

I was at the Fashion Awards last year, there was a lot of black talent there, from stylists to photographers. It's really good.

JW: So I want to talk a little bit more about Black A.I. And it's poignantly named after the idea of black people, colour, culture. And it explores, I guess, the artistic integrity that comes with that as well as your Ghanaian roots, where do you draw the inspiration from?

OB: The inspiration is global, right? But my African roots are definitely within my work and my use of colour and my use of textile and more importantly, more now than ever, I'm expressing that and I think there's space to express it.

Learning to work with Gen Z

JW: As you mentioned earlier, your daughter was on your case asking you, to do more women's wear. Is she involved in the work now?

OB: Yeah, in fact, I mean, involved in terms of social media. Right. She’s what you've called Gen Z, the Gen Z control everything and dictate so much. But she's helping me understand that and in my last show, she invited a lot of the new talent, music, fashion, art.

Africa needs the chance to develop

JW: You've been applauded for global socio-economic development, particularly in Africa. Why is that been important to run in tandem with your career?

And there's a lot of reasons for the delay in its development. You could say some of it is political, but at the end of the day, it needs its chance to develop. It's going to be a billion and a half to two billion quite soon. 60% of the undeveloped agricultural land in the world is in Africa, so the development of Africa is very important for the world.

So the Made in Africa Foundation was effectively a foundation we set up to promote the Africa 50 Fund, which is a big infrastructure fund for the African Development Bank. And that was just focussing on… they raised something in the region of 3 or 4 billion dollars focussing on infrastructure and on the continent of Africa.

JW: You are playing this down slightly. I mean, you guys were advising presidents and world leaders. What else needs to be made to build on that and push it to the next level?

OB: There needs to be a real understanding of the importance of the continent, Africa, in terms of the world. Again, food security is a big issue. And so if we can develop the agricultural land in the right way, in a sustainable way, then it is sort of self-explanatory. And I think that's the issue. There needs to be more support. The right know-how needs to be given and partnerships need to be formed.

Toward a sustainable fashion industry

JW: You're also a big advocate for sustainability within the fashion industry. Tell me why that is more pertinent than ever and how that applies to the new collection.

OB: Well, yeah. I mean, for the new collection, we make everything virtually to order. But in terms of the business, we all know how the business is contributing a huge amount to waste. And that's just because the way the business is structured. If I want to attract you as a client, I'm going to have 10 different sizes. How many colours to get that one or two purchases from you? If I knew what you wanted from the start, then I wouldn't have to create so much. It could be more focused. And so the way the business works has to change. I think we have to get into a culture of learning to wait.

JW: So your thoughts on Ready to Wear are that your business model is the way forward?

OB: I would say it's a way forward. But the reality of it is, is that will happen in stages. I think there has to be a much closer relationship between the design and manufacture and the client. I think these three things need to be… if that window could be closed, and tightened up, I think we could save a huge amount in waste.

JW: From your days as creative director at Givenchy homme to being at the forefront of leading Savile Row tailoring. What's next for you?

OB: Well, I think now this region is very interesting to me, so I want to expand and explore that. I haven't been in Dubai for quite a while, about 10 years. What I've heard and the development is pretty incredible, actually. It's a global place where everyone wants to come. I've got loads of my friends and even Hollywood all over the world telling me "I'm going to be in Dubai" in a way that I never heard before. And so it's good. And also, I have to say this, flying into the airport was so easy. It was quite a breeze, I have to say, when I think about Heathrow, it's, yeah, it's a bit more challenging.

JW: Ozwald Boateng, it's good to have you back in Dubai. Don't leave it too long next time. I want to thank you for joining us today. Thank you. 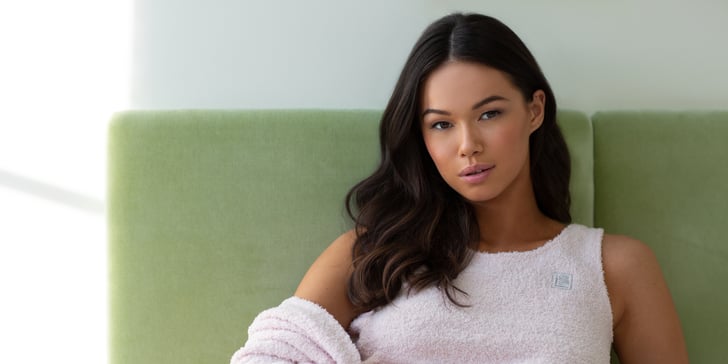 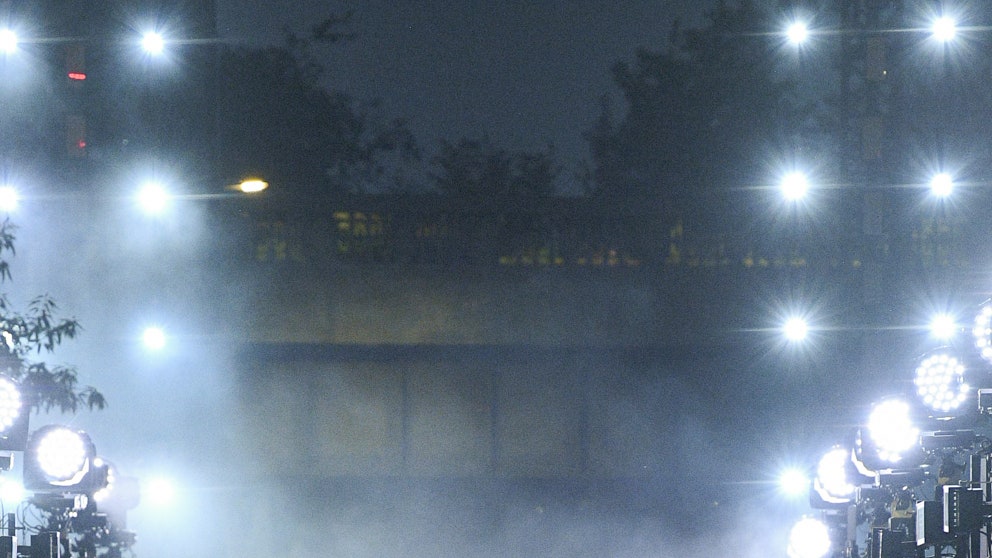 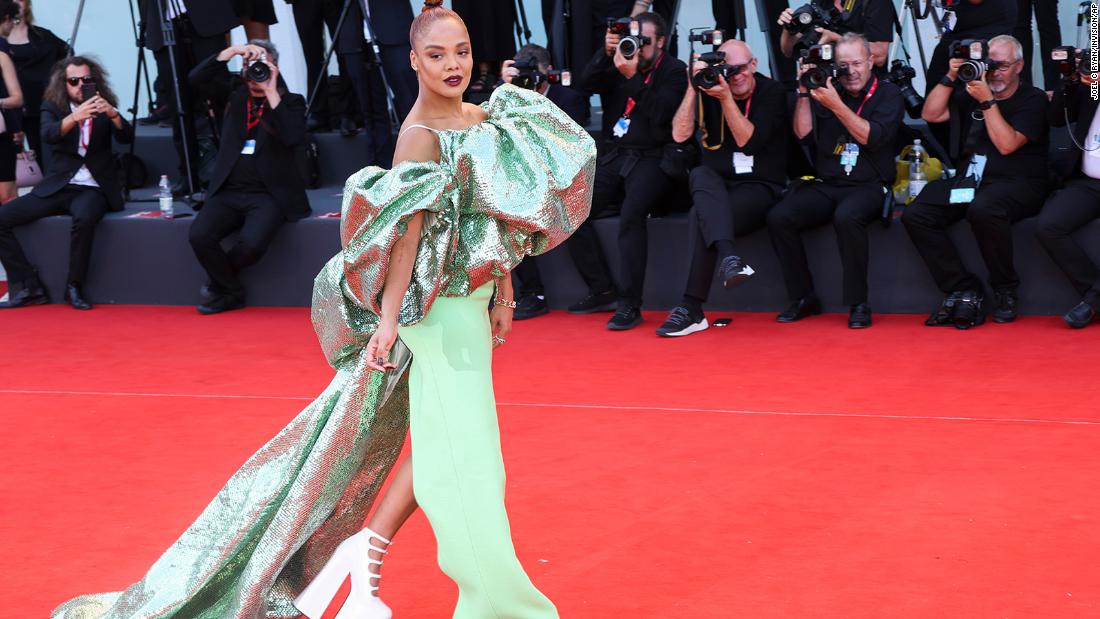