Matt and Ben are writing again!

Their big costume drama “The Last Duel,” directed by Ridley Scott, is out in theaters on Friday, Oct. 15. And yes, the guys also star in it, and it’s all about knights: The ’90s really are cool again (think: “Braveheart,” “First Knight,” “DragonHeart,” “Robin Hood: Prince of Thieves”).

It’s been 24 years since Matt Damon, 51, and Ben Affleck, 49, collaborated on a screenplay, and it went pretty well the first time. “Good Will Hunting” made them the youngest-ever winners of an Oscar for Best Original Screenplay, and launched their A-list careers. But no matter how famous they get, their friendship still seems to be the thing that defines them. Why does the Matt-and-Ben bromance keep us watching?

They got famous together

In an industry rife with narcissists and divas, Damon and Affleck’s careers ascended at the same speed, and they’ve always had each other’s backs. They met in Massachusetts when Damon was 10 and Affleck was 8, and went on to audition for the same films as teens. After playing extras in 1989’s “Field of Dreams,” they won speaking parts in 1992’s “School Ties.” Then in 1997, they hit a grand slam with “Good Will Hunting,” giddily winning an Academy Award. From then on, they’ve reigned as one of the industry’s most enduring platonic partnerships. 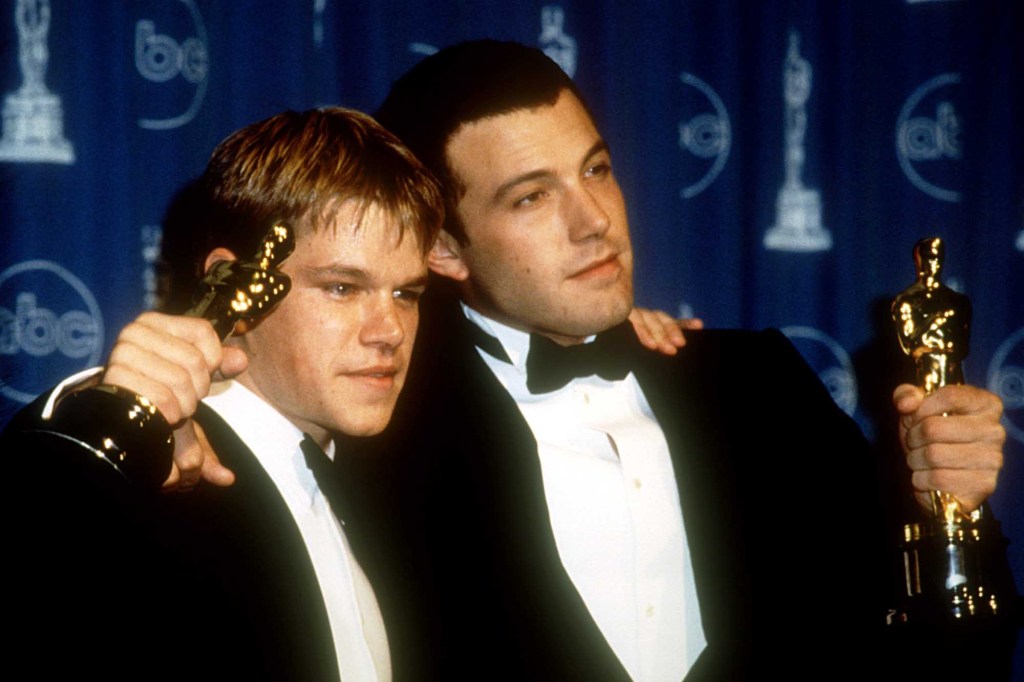 To paraphrase “Good Will Hunting,” these boys are wicked smaht, versatile actors. While there have been duds for each — think Damon’s “We Bought a Zoo,” or Affleck in “Pearl Harbor” — both have made more good choices than bad. Damon’s had four additional Oscar nominations, and for Affleck, one win for 2012’s “Argo.” The 1999 comedy “Dogma,” which re-teamed the friends in a Kevin Smith movie, didn’t get any awards, but it’s possibly the best cinematic showcase of the two having the time of their lives. 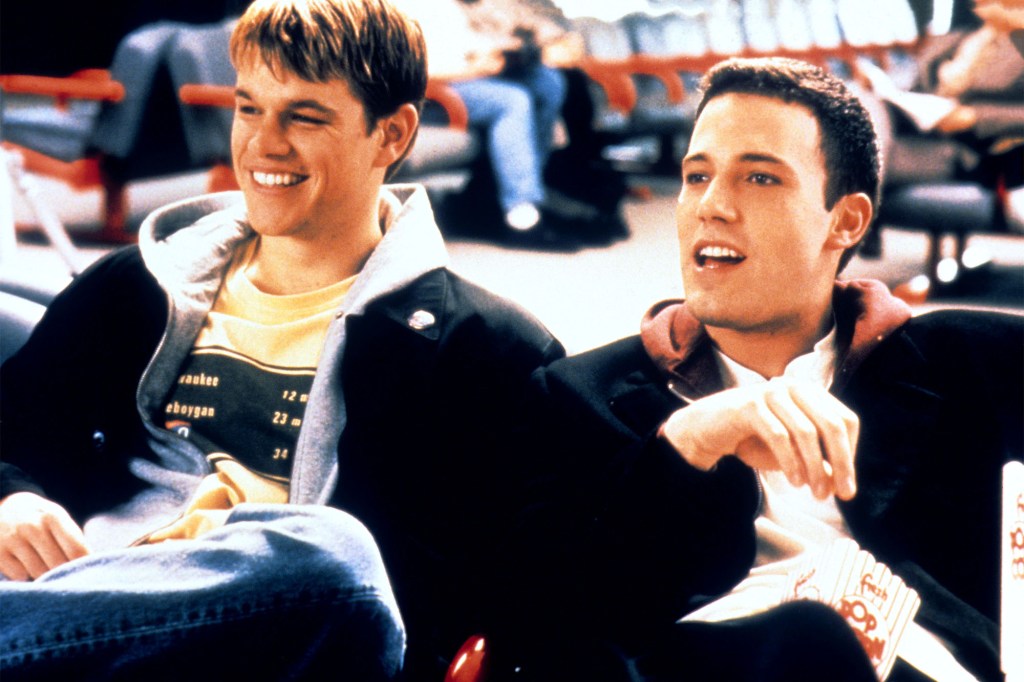 The duo clearly had fun on the set of Kevin Smith’s 1999 comedy “Dogma.”©Miramax/courtesy Everett / Eve

They make fun of themselves — and each other

Credit talk show host Jimmy Kimmel for finding the best running gag to show off Damon and Affleck’s sense of humor. Kimmel and Damon have a long-standing faux rivalry, which led to Kimmel’s then-girlfriend Sarah Silverman debuting a new gag song, “I’m F – – king Matt Damon,” on “Jimmy Kimmel Live!” Kimmel’s “I’m F – – king Ben Affleck” followed, with Affleck appearing in a goofily romantic skit to go along with it. In another appearance on the show, Affleck attempted to sneak Damon onto the set in his coat.

Matt and Ben happily roast each other whenever possible. After Damon made a public comment in 2004 suggesting actors shouldn’t always do blockbusters, Affleck appeared on “Weekend Update” to snark back, “I can’t seem to recall which Chekhov play ‘The Bourne Supremacy’ was based on.” 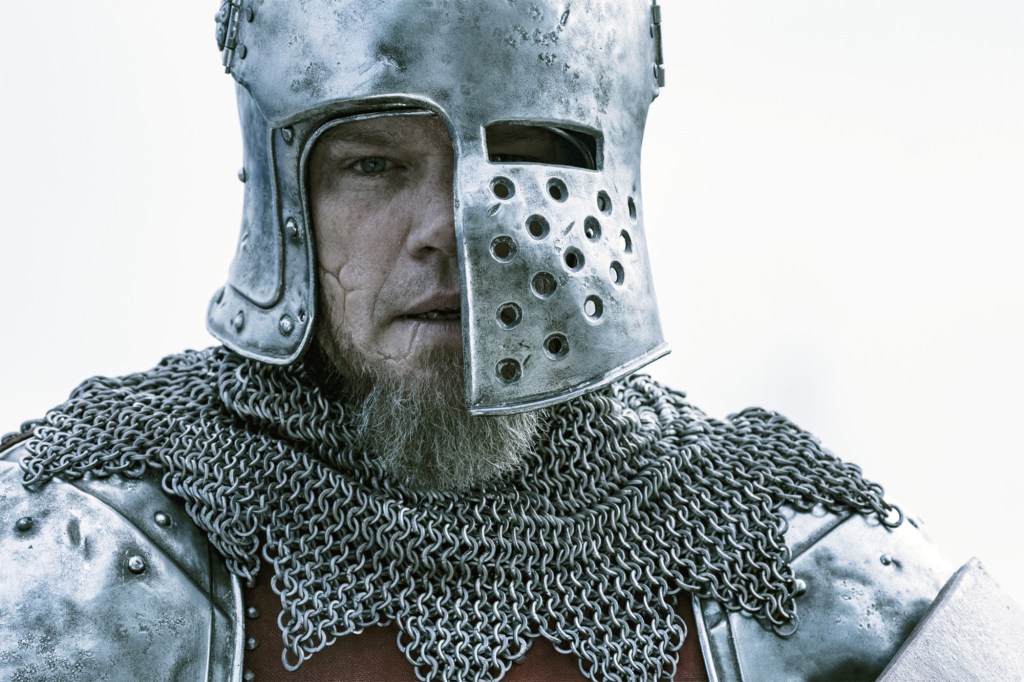 One of them is usually screwing up

There’s a theory that when Matt Damon’s fortunes are up, Affleck’s are down, and vice versa. The universe, apparently, cannot allow both to thrive at the same time. For years, Affleck made the big missteps, from brainless blockbusters to an overly showy relationship with Jennifer Lopez, with whom he has recently rekindled his romance. He seems unable to accept he’s better behind the camera (directing “Gone Baby Gone,” “The Town” and “Argo”) than in front of it. Affleck also landed in rehab multiple times, and has credited Damon with helping him through it.

Damon’s made fewer but more sobering blunders. In 2015, during a season of “Project Greenlight,” Damon was captured on video talking over a black woman who questioned the lack of diversity in a project. That same year, he came under fire for a comment suggesting gay actors should keep their orientation quiet. Recently, Damon seemed to admit he had been using a gay slur until earlier this year, when his daughter lectured him about it. 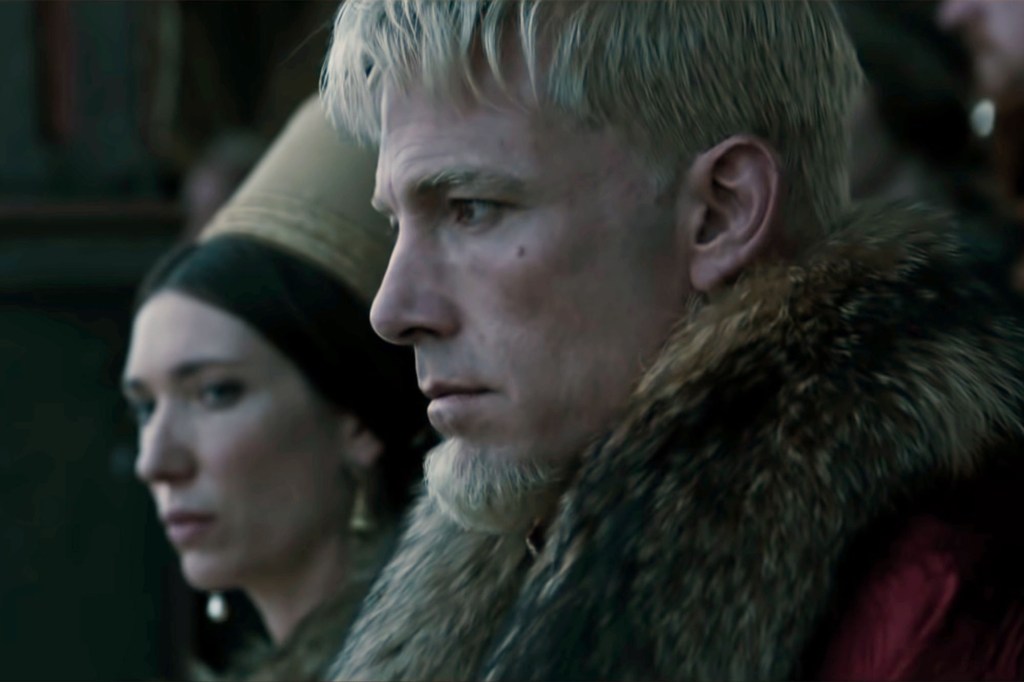 They are — were? — really good writers

“Good Will Hunting” has its share of dumb homophobic jokes, and its treatment of Minnie Driver’s character is fairly shoddy. But it holds up as a piece of tight screenwriting. Can they pull it off again? Wisely, the pair enlisted writer-director Nicole Holofcener to write the female-perspective section of “The Last Duel.” Early reviews have been mixed, with The Post’s Johnny Oleksinski weighing in as not impressed. But even if they haven’t captured lightning in a bottle twice — and even if the film edited out a kiss between the two — it’s fair to say the Matt-and-Ben show isn’t over by a long shot.