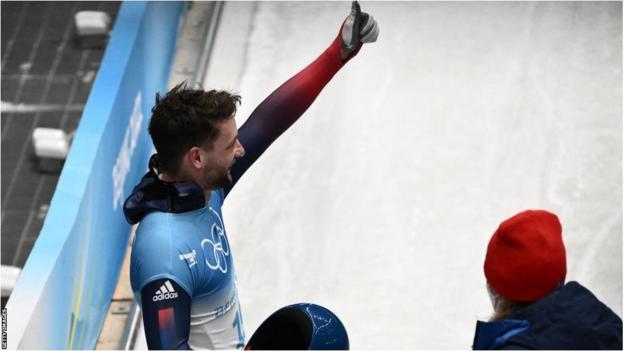 Marcus Wyatt made his Olympic debut in Beijing earlier this year

Wyatt, whose previous best was bronze in 2020, finished in a combined time of one minute 45.44 seconds from two runs.

Weston had led after the first run with Wyatt second, the two sharing a new start record on the Whistler track.

Wyatt, 30, and Weston, 25, made their Olympic debuts in Beijing earlier this year, finishing 16th and 15th respectively.

The women's skeleton season starts in Whistler later on Thursday, with Laura Deas and Brogan Crowley competing for GB.